Background checks, or know-your-customer (KYC) processes as they are also called, are a hotly contested topic in the cryptosphere.

On the one hand you have blockchain money wonks who welcome KYC processes, seeing them and more regulations as ways to legitimise the sector.

On the other you have bitcoin purists adamant that any type of regulation imposed on the sector would run counter to the decentralised vision of Satoshi Nakamoto, the secretive founder behind the digital dosh. 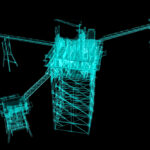 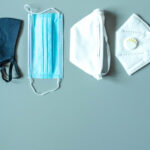 The debate is set to flare up again after the British National Bureau of Economic Research published new research suggesting that no or low-KYC platforms like Binance and Huobi exacerbate the money laundering problem.

Researchers Igor Makarov and Antoinette Schoar note that the Bitcoin blockchain is a public ledger, which means it’s theoretically easy to track transactions.

However, their research shows that many users “adopt strategies designed to impede the tracing of bitcoin flows by moving their funds over long chains of multiple addresses and splitting payments among them resulting in a large amount of spurious volume.”

Looking at the darknet marketplace Hydra Market, the researchers discovered that no  or low KYC exchanges like Binance and Huobi could be used for money laundering.

“Our analysis shows that the highest volume entities interacting directly with Hydra Market users are non-KYC exchanges, including Binance and Huobi which are two of the largest exchanges worldwide,” the researchers said.

“Once the flows arrive at these exchanges, they get mixed with other flows and become virtually untraceable, and so can be sent anywhere afterwards, even to exchanges that enforce KYC norms.”

The consequence of this is that  bitcoin exchanges with lax KYC “serve as a gateway for money laundering and other gray activities.”

“The decentralized nature of the Bitcoin protocol makes it easy for these entities to operate – they only need to have their servers in a country where the authorities are willing to tolerate their existence,” they said. “If KYC entities are allowed to accept flows from entities that are not following strict KYC norms (the current state) then the digital footprint has a very limited effect on preventing tainted flows from entering into wide circulation.”

However, they note that preventing the flow of dirty money is near impossible unless the exchanges agree to submit to “severe restrictions on who can transact with whom and make every transaction subject to the approval of” blockchain analytics companies.

Nakamoto, as mentioned earlier, explicitly designed the network to circumvent that sort of arrangement.

Huobi did not return Verdict’s requests for comment on the notion that criminals leverage its platform’s lax KYC rules to launder dirty money.

In July, Binance wrote that it “allows customers to create accounts, use basic functions and perform limited transactions without submitting KYC information. In order to gain full access and increase higher deposits and withdrawal limits, customers will need to complete the KYC verification process.”

“We continue to increase investment in our compliance program, engaging with our third-party compliance partners, and working to improve our proprietary KYC and AML technology to further strengthen our compliance standards.

“We take our compliance obligations very seriously. Binance has consistently invested in its compliance efforts throughout the years, including using some of the top Regtech tools and vendors in the space and making strong hires. For example, we work with a variety of KYC/AML tools and vendors including, but not limited to, Jumio, Onfido, WorldCheck, Elliptic, CipherTrace, etc.

“On top of KYC/AML, Binance uses advanced techniques that go above and beyond regulatory standards and industry best practices, including blockchain analysis on deposits and withdrawals, mobile carrier info, device fingerprinting, and other proprietary technologies.”

In August, Huobi reduced its maximum withdrawal limit to 006 BTC ($3,545.47) for users who haven’t completed their ID verification.

Bitcoin money laundering is nothing new

Criminals utilising cryptocurrencies to take home the winnings of their illegal activities is hardly unheard of. As Verdict has noted in the past, ransomware gangs famously use bitcoin to get paid for their hacks.

Law enforcement agencies have repeatedly warned that the decentralised and unregulated nature of cryptocurrencies have made the technology a favourite tool for gangs profiting on child trafficking, terrorism financing, financial fraud and money laundering.

Understandably, regulators around the world are now looking for ways to stop bitcoin being used for money laundering and other crimes, a development predicted in a recent GlobalData research report.

In the US, the new chair of the Securities and Exchange Commission Gary Gensler has called for more power to scrutinise the industry.

In China, Beijing has all but banned anything to do with blockchain dosh.

Binance has experienced the regulatory crackdown first-hand. In June, it was forced to halt withdrawals of sterling in the UK after the Financial Conduct Authority (FCA) issued a warning against using the services of its subsidiary Binance Markets Limited. It has since resumed the service.

Similarly, Binance was one of the cryptocurrency exchanges that had to pull out of South Korea in September when the nation introduced stricter regulations for the sector.

This story has been updated to include Binance response to the research.