US: Covid triggers a boom in debt collection
Mohamed Dabo

In the United States, debt collection activities have found a fertile ground in a sweeping crisis that is wreaking havoc on both personal and business finances.

With the onset of Covid-19, many states took steps to protect vulnerable people, such as halting evictions, but debt collection has so far attracted little public attention.

One of the most aggressive and common forms of debt recovery has generally been allowed to continue: seizure of wages for old consumer debts.

Court judgments allow collectors to seize money from bank accounts, often emptying them, though taking a portion of a paycheck is far more common.

While different types of plaintiffs may flood the courts in different areas (from payday lenders to non-profit hospitals), those collecting on credit card debt have driven this trend over time.

The change has been obvious in courts everywhere, from New York to Las Vegas (where the local court decided to give such cases their own category, “Civil – Credit Card Collection”) to rural Iowa.

The most common plaintiffs don’t tend to be household names that advertise with bold TV campaigns: Most are debt buyers, companies that buy up bad debts in bulk.

Standing out from the crowd: Capital One 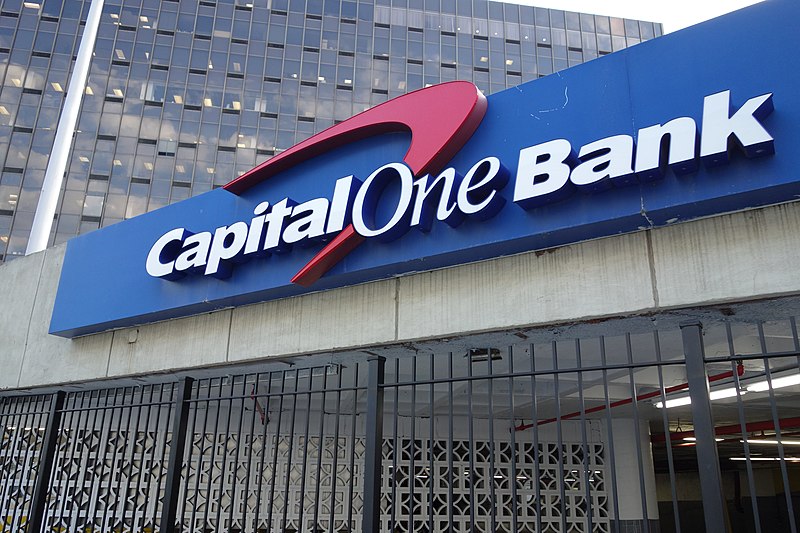 Last year, the company reported $5.5bn in net income. In the same period, it recovered $1.4bn from its card accounts that had been previously charged-off or recognised as losses.

It was a haul of hundreds of millions of dollars beyond any other card issuer, even much larger ones like JPMorgan Chase.

In a statement, a Capital One spokeswoman said the bank files more suits than other banks because it makes riskier loans.

According to public filings, one-third of Capital One’s cardholders had a credit score under 660, generally considered the threshold that identifies those most likely to have trouble paying debts back. The bank’s current card offers for such customers carry an annual interest rate of 27%.

Capital One remains “a full-spectrum” lender, the spokesman said:

“Most regional, community and especially large banks retreated from the subprime segment to focus on more affluent customers, resulting in a growing population of people with less access to the banking system.”

Federal, state and local officials have all taken steps to protect Americans from the ravages of the economic crash due to Covid-19.

Congress halted a substantial portion of evictions, foreclosures and collection on student loans. And when it sent $300bn in stimulus checks out to families, many states took steps to make sure that debt collectors didn’t grab the money.

The main protection Americans have gotten from debt collectors has been inadvertent, a by-product of state courts being closed during the lockdown to most hearings, including those pushed by debt collectors.

But this didn’t help people who were the target of actions that began before the closures. Wage garnishments can run indefinitely once begun.

As a result, essential workers and others who were lucky enough to keep their jobs have still been at risk of forfeiting a portion of their paychecks.

Because garnishments are set at a percentage of income (25% in most states) regardless of whether someone can afford it or not, they often provoke a financial emergency and cause the debtor to let other bills go unpaid.

As courts waited to reopen, some major debt collectors were laying the groundwork for a return to normal by filing suits by the thousands.

For example, in Maryland, two major debt collectors alone filed over 2,000 suits recently. As the courts fully reopen, these companies are first in line to win new court judgments.

Those debtors who still have jobs will be forced to either make payments or risk their wages being seized. With 48% of American households having experienced a loss of employment income in the past few months, many will have no wages to take. But debt collectors can be patient and wait until they do.

Even more worrying to consumer advocates is what lies ahead.

Households often rely on credit cards during moments of financial stress. In recent months, more have been paying rent with their cards. Eventually the bill will come due, which could lead to a wave of collection suits as the nation attempts to recover.