The best time to visit Bangkok is between November and March when the weather is dry and temperatures are milder, though still hot. After March temperatures begin to rise and in June the rainy season begins and continues until the end of October.

Confrontation in public is frowned on and littering is fined. Shoes should be removed in temples but it is considered offensive to show the soles of your feet. Women should not stand next to Buddhist monks and it is a criminal offence to make derogatory remarks about the royal family.

Casual and modest western attire is acceptable in public. When visiting temples and Buddhist monuments arms and legs should be covered. There is a strict dress code for visiting the Grand Palace: no fisherman’s trousers, tight trousers, sweatshirts or flip flops can be worn. 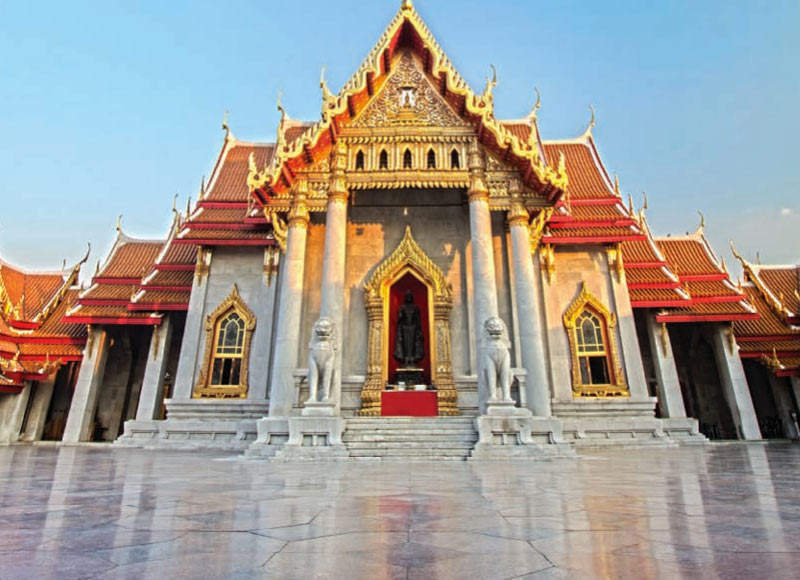