The best time of year to visit Dublin is from May to September when the days are long and the weather is warm.

The most popular season is the height of summer (July and August). Irish weather is famously unpredictable, but the climate is generally mild thanks to the island’s position in the Gulf Stream.

Smoking in pubs, cafés and restaurants is illegal, though many places have embraced al fresco culture and have large heated terraces.

Ireland is liberal when it comes to dress and Dublin’s sartorial habits are eclectic. Churchgoers and guests at the more up-market restaurants tend to dress conservatively. Though temperatures rarely drop below freezing, warm clothes are advisable in the winter. Summer can be pleasant when the sun is shining, though evenings are often cold so it is always best to have a sweater handy. Dublin is not especially rainy but visitors should come prepared for the occasional shower even at the peak of summer.

English is the dominant language in Ireland. The official ‘national language’ is Irish (Gaeilge), which is still taught as a compulsory subject in schools but outside the classroom it is only spoken in isolated rural communities.

The population of the Republic of Ireland is 87% Roman Catholic, 4.8% Protestant and other Christian religions, and 4.2% non-religious. Though the Catholic Church has become less influential in the last twenty years, Ireland still has one of the highest rates of regular church attendance in the western world. 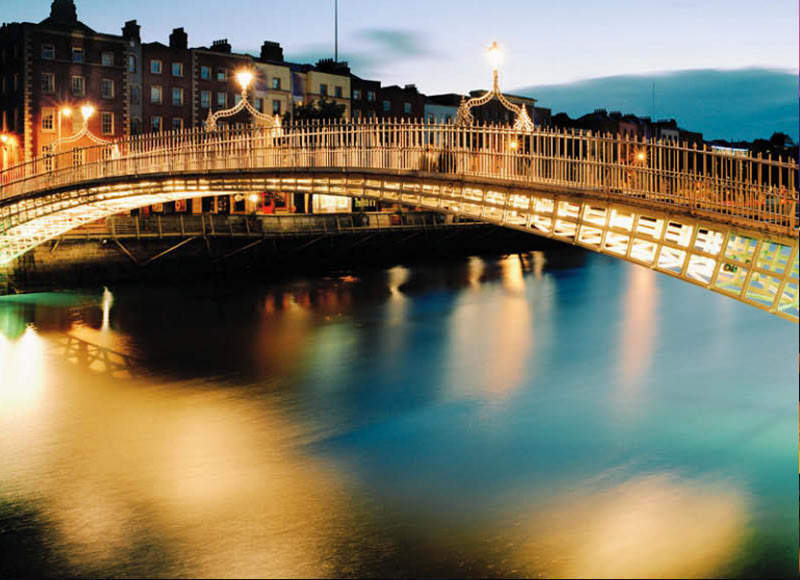