The Riviera is mild all year round and it is generally dry apart from March and April when rainfall is at its heaviest.

Snowfall is rare though locals often flock to the Alps for skiing in the winter. Some bars and restaurants are closed out of season (October to April). May to September is certainly the best time to go when the city is lively and the weather hot and dry.

Tipping in restaurants is nearly always included in the bill, normally a charge of 10 to 15 percent of the bill total. Doormen and porters, on the other hand, still need tipping, generally anything up to €5. A smoking ban came into effect in 2008 and smoking is now prohibited in all public places including bars, restaurants and public transport.

Dress in Monaco is generally liberal but many of the bars, restaurants and casinos, especially Casino de Monte Carlo, do expect guests to dress appropriately. For men this means donning a jacket, though tie is not normally necessary, while women should dress conservatively.

French, though English is widely spoken 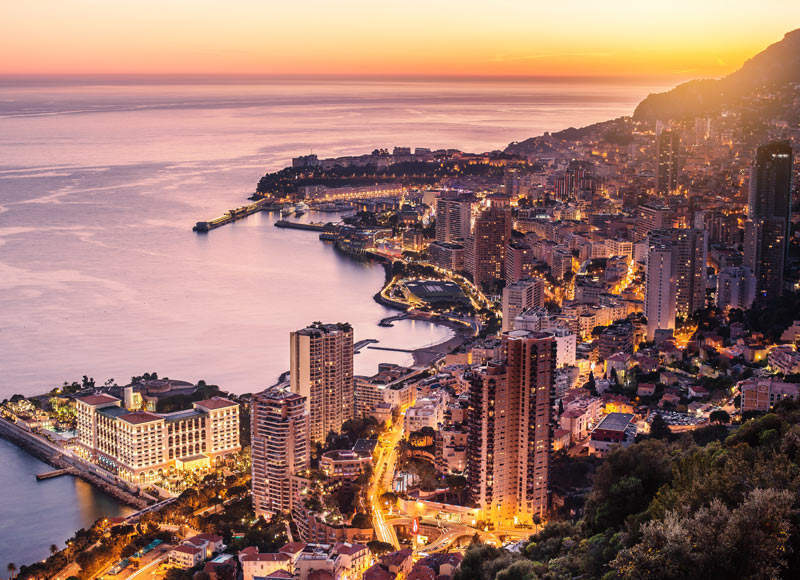