Despite Canada’s reputation for extreme sub-zero weather, Toronto is a wonderful place to visit all year round, and, located on Lake Ontario, experiences a far milder climate than many other Canadian cities.

Temperatures do fall below freezing in winter, but a wealth of indoor, sporting and romantic wintry pursuits keep the city alive and cheerful in the cold. December to March sees the coldest weather, so if you are visiting around this time bring plenty of warm clothing. And you can definitely look forward to a white Christmas! The summer months of June, July and August are humid and warm, with plenty of festivals and outdoor fun.

English and French are the official languages of the Canadian government, thus official services across the country are provided in both languages. While native French speakers are a majority in the eastern province of Quebec, most Torontonians speak English as a first language.

Toronto is a thriving melting pot of different cultures. Overall it has a relaxed and sophisticated vibe that places no major restrictions on its visitors in terms of dress or behavior. The legal drinking and smoking ages are 19, and smoking is prohibited in many restaurants and bars.

GMT-5, except for days between the second Sunday in March and the first Sunday in November when the time is adjusted to GMT-4 for daylight savings.

Approximately one third of Toronto’s residents identify as Roman Catholic, and a fifth as Protestant. Significant Muslim, Christian Orthodox, Hindu, Jewish, Buddhist and Sikh minorities exist, while around 16% of the population does not consider itself religious. 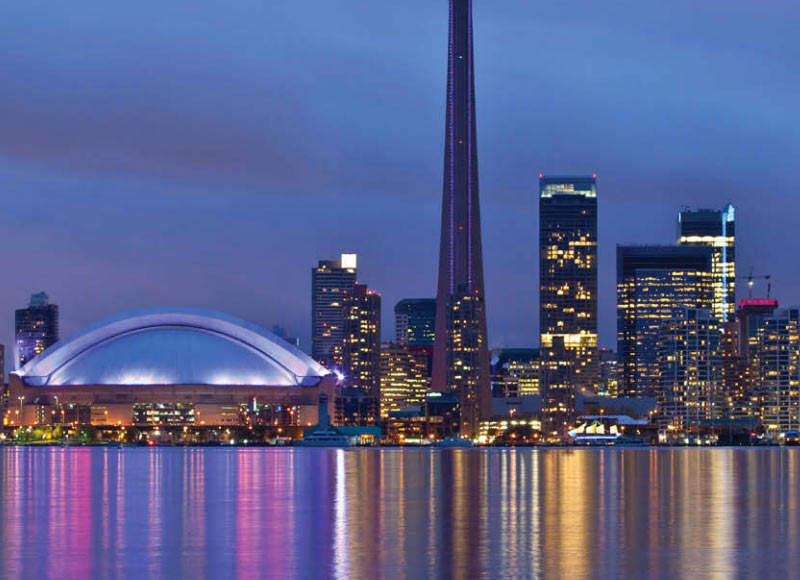