English and French are the official languages of the Canadian government, thus government services across the country are provided in both languages.

Most Vancouver residents speak English as a first language.

When best to go

There is plentiful rainfall between October and March, but this decreases significantly in the warmer months. Temperatures peak in July, August and September, and are pleasant and warm rather than scorching hot. This is a great time to be in the city, as the beaches are lively and sun-kissed, there are festivals galore and people are in the mood to party. If you’re visiting for the nearby ski slopes, late December to February is a good bet for great powder. Whenever you visit, bear in mind that Vancouver’s weather is unpredictable and can change at a moment’s notice, so it is best to come prepared for all eventualities.

As a relaxed beach city, Vancouver places very few restrictions on visitors in terms of dress or activity (there are even options for those with a liberal attitude to clothing, most notably the popular nudist hotspot Wreck Beach near the University of British Columbia).

Vancouver is a city with a broadly secular identity, with 42% of the population lacking a religious affiliation.

After this, the largest religious groups are Catholic and Protestant. Significant Buddhist, Sikh, Hindu, Jewish and Muslim minorities also exist.

GMT-8, except for days between the second Sunday in March and the first Sunday in November when the time is adjusted to GMT-7 for daylight savings. 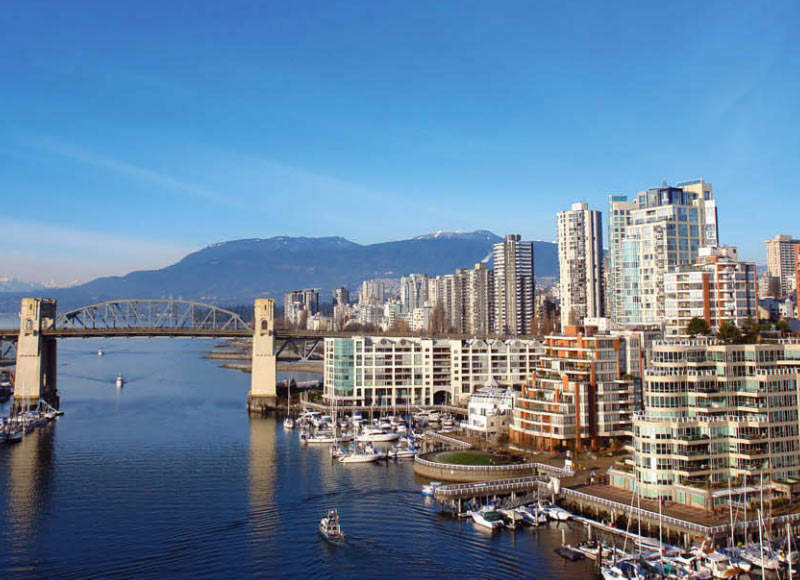