The British government is today meeting with one of the country’s biggest contractors Carillion, which is struggling under £1.5bn of debt — including a pension shortfall of £587m.

Yesterday top government ministers held a crisis meeting to discuss the  struggling construction and services company, which is feared to be close to collapse.

The business is now worth just £86m ($116m) after its share price has plunged by more than 90 percent in a year. 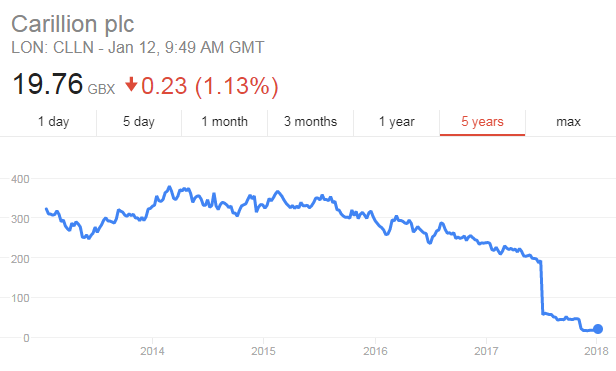 At the time this was the biggest deficit on this measure in the FTSE 350 index.

An increase in the cost of goods sold as a percentage of sales from 91.37 percent to 92.2 percent was a component in the falling net income despite rising revenues.