WeChat Pay owner Tencent and Chinese state-owned card scheme China UnionPay are reportedly integrating their QR code systems for mobile payments. The vastly popular payment method has become the standard payment method in China and is pushing towards something that has been in the air for a while: regional mobile payment schemes.

For the last several decades, most payments made via card or bank transfer have been carried out through cards issued with either Visa or Mastercard branding. However, this global duopoly is facing increasing threat as the payments industry and banking services as a whole are becoming more digitised and less reliant on massive physical infrastructure deployment. Moreover, the two US scheme providers see their market shares outright threatened by initiatives such as India’s government-backed RuPay issuer and the European Union’s recent efforts to encourage the growth and development of an EU-born-and-bred scheme provider.

The unified QR code system is being trialed in Fuzhou city along with other joint projects such as facial recognition-based payments. As users have access to an increasing number of payment methods, opportunities for local merchants and financial services providers lie in offering a comprehensive and complete payment experience. Recent mergers and acquisitions in the payments industry are a further confirmation of this trend, as merchant acquirers and payment processors are looking for ways to serve a user base that is no longer reliant solely on credit cards to pay.

Another example is the European Mobile Payment Systems Association, an initiative to bring together mobile wallets totaling over 25 million users in Europe. All of these deals are happening in a climate where the EU is actively encouraging native companies to bring forward solutions that can chip away at Visa and Mastercard’s dominance in the market and create one or several strong European scheme providers.

It is arguably a lot easier for China to move towards a national or regional card scheme through the simple integration of mobile wallets, as the infrastructure is mostly cloud-based as opposed to card issuers. This is made even easier for the Asian country as it leapfrogged ubiquitous banking infrastructure and cards in favor of becoming a world leader in online and mobile payments.

The growth of the Chinese mobile wallet market is a very good indicator of the market’s preference for a digital-centric personal banking ecosystem. Moreso, the number of transactions has roughly been doubling every two years and is expected to be more than ten times bigger in 2022 than it was in 2016. 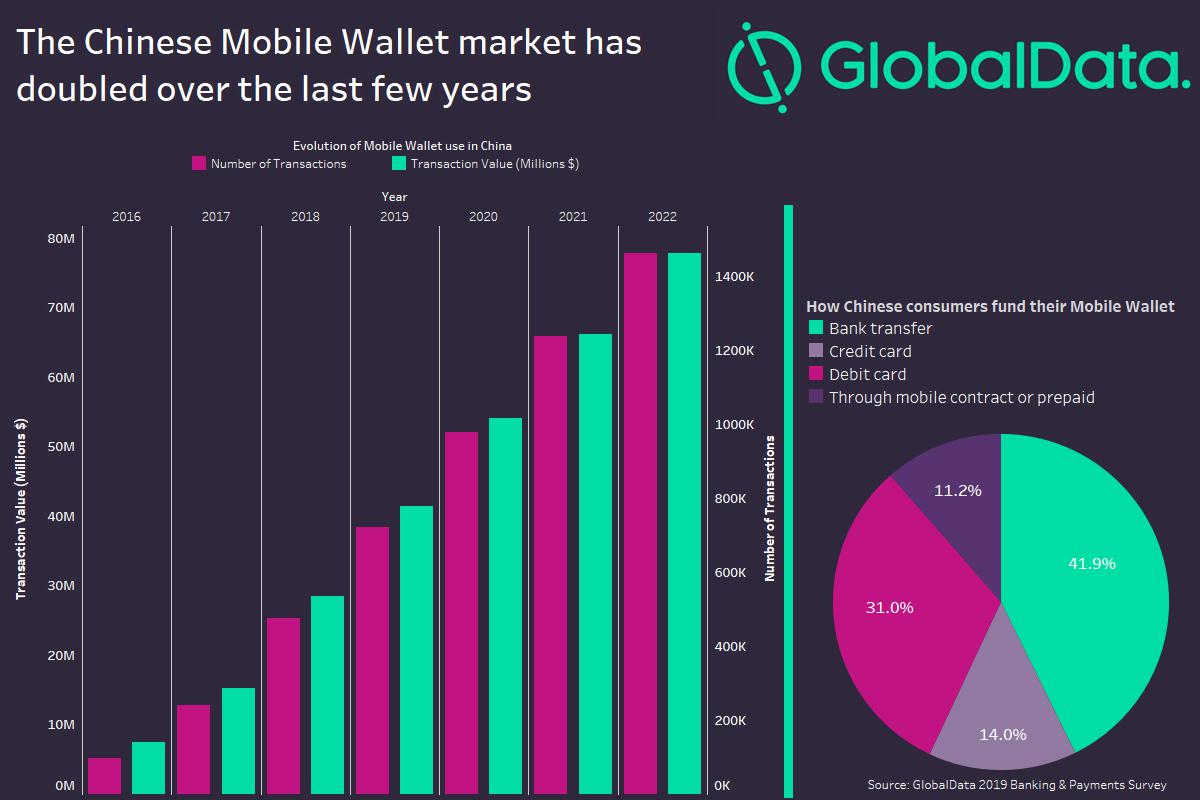 E-commerce growth caused by COVID-19 is too much too soon March 30, 2020 GlobalData Financial Services
Verdict Staff