Race of payments: which will take first prize?
Briony Richter

The world continues to become more digitally and socially connected. More and more consumers bank in alternative ways, although cash still claims a top spot in many countries.

In the lead up to Money2020 Europe, four payments teams using different ways to pay are racing round the world with checkpoints along the way. Briony Richter speaks to Max Fosh on Team Mobile and Temenos about the journey thus far.

We’ve all heard of ‘Around the World in Eighty Days,’ but now it would be far too easy to do a round the world race using the transport we have available.

The teams are competing against each other to reach Amsterdam for Money2020 (3rd-5th June). Max has been using only mobile payments to travel and pay for everything, including hotel stays, clothes, tickets and food.

For the race, each competitor has to visit as many countries as possible to gain points. They also have to get to ‘check points’ around the world (the first was Belfast, the final one is Amsterdam) but the route is relatively flexible for them after that. To earn even more points, the contestants check off as many different modes of transport as possible on their journey.

All competitors started at Trafalgar Square on 23 May at midday and all must make it to the finish line on 3 June in Amsterdam. 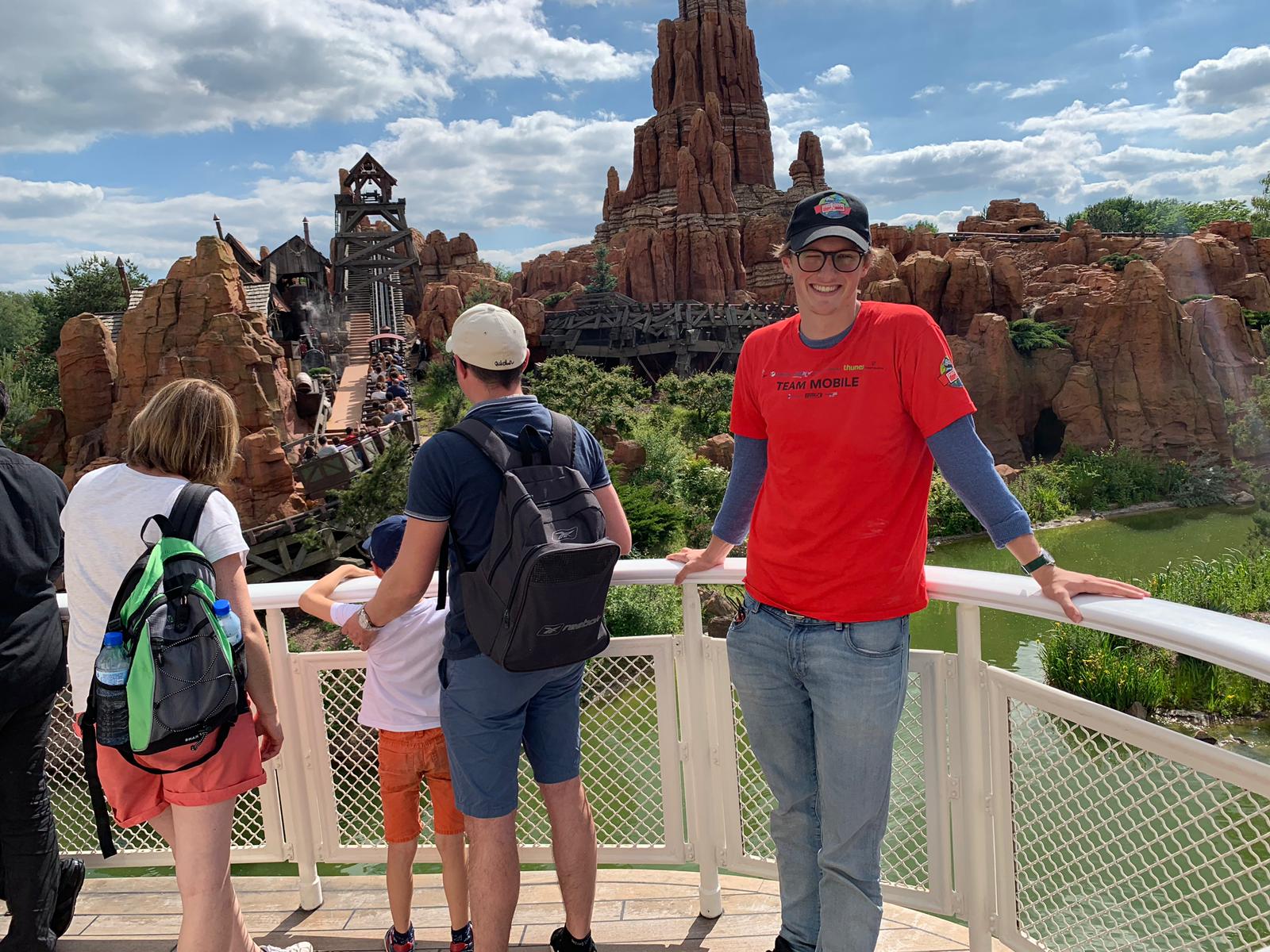 So far, Max has been to countries including, London, Belfast, Dublin, Seattle, Vancouver, Hong Kong, Abu Dhabi and Paris. His final stretch included Riga, Vilnius, Warsaw and then Amsterdam.

The other contestants are:

Temenos is the sponsor for Max of Team Mobile. Speaking about the sponsorship and the race, senior payments strategist, Temenos, Shrey Rastogi, says:

“Payments is one of Temenos’ main growth areas and this initiative is one of the most innovative races! We are delighted to be sponsoring.

“This idea of race of payments method is a stroke of genius. It gives a reality check on the actual adoption and penetration of various payments methods around the world.”

Asking which team Temenos would be on, Rastogi exclaims, “Without doubt, it has to be mobile as it offers the most personalised and frictionless payment experience (barring a few hiccups along the way. Go #teamMobile.”

Using mobile around the world

Team Mobile certainly has the backing of Temenos. Mobile banking has become more popular in recent years as more countries and banks open up their ecosystem to new ways to pay.

CI spoke to Max while on his journey. Asking how difficult it has been to use only mobile payments, Fosh states:

“I would say both yes and no. For some things, it’s incredibly easy to get out your phone and pay for something but other areas not so much. Flights and accommodation for example are no problem. I have just been going on the various booking apps and doing it through there. My most used have been Alternative Airlines (where I can buy flights with ApplePay) and PriceLine, which allows me to do a similar thing with hotels.”

However, as Fosh has found out, there are many countries outside of the UK where paying by mobile for certain things is less accessible.

“The big struggle has been the day to day items, especially food,” he says, “most restaurants outside the UK have not taken yet to contactless and the only ones that have are the big conglomerates. There was a period of 3/4 days where I could eat either Subway or McDonalds, so it was a lot of beige food.”

Out of all the countries that he has travelled through, Fosh notes that for mobile payments, the US has been by far the worst.

“For a country that is the hub of so many tech companies their payment methods are so archaic.  There was a big presence for swipe and sign even!

“When I was there I couldn’t do much in the way of entertainment and so I just stuck to the areas which I knew would work for mobile payments. Getting around in Uber and eating at either Subway, McDonalds or Starbucks.”

In the US debit card adoption is high. According to GlobalData, every US consumer holds more than two debit cards. In 2018, cards had the highest share in terms of transaction volume. Debit card penetration in the US is estimated at 249.7 cards per 100 individuals in 2018, the highest in comparison to its peers the UK (148.7), Germany (136.3) and Sweden (106.3).

The growing number of digital-only banks is likely to increase competition in the banking and debit card market but as Fosh experienced, contactless and mobile payments still have a way to go.

While on this journey, each contestant has a team of support. Fosh’s mentor, Liz Lumley, director of FinTech at VC Innovation and lead architect of FinTECHTalents Festival spoke to CI about why she backs Team Mobile

“While payments come in many forms depending on which region you are in – some parts of the US people live on their credit cards, cash is still king in Germany, China does everything on the phone, crypto people love their crypto – but when it comes to global ubiquity there is only one item that is in use in almost every country in the world – a mobile telephone. That is why I backed Team Mobile. I know the point of the race is to only use one form of payments. But – outside of the fun of the Payments Race – if I could only take one thing with me when I travel, it would be my phone. I could use it as a card, as contactless, as a way to wire cash.  As long as there are cell phone towers and WiFi – mobile will rule.”