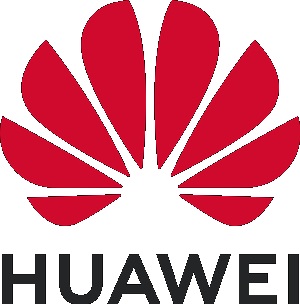 Cellular services such as 5G rely on numerous cell sites with radios transmitting and receiving signals around the clock. But powering those radios, and other cell-site equipment, costs money. Because mobile operators have so many cell sites, it’s not surprising that the electricity powering them is one of the most significant ongoing expenses that operators incur. As such, they’re keen to reduce energy consumption at these sites and lower their operating costs.

The rise of 5G technology is a double-edged sword for operators in this regard: 5G is more energy-efficient than 4G in terms of energy consumption per bit of data transmitted. But in absolute terms, 5G consumes more power and thus threatens to increase energy costs per site.

Thankfully, the makers of 5G cell-site equipment (also known as base stations) have by now developed multiple generations of 5G gear, and they have focused on increasing the energy-efficiency of each new wave of 5G technology using a mix of hardware and software innovations.

Operators are yielding further energy savings from changing the way they deploy cell sites. For example, traditional cell sites are built with small rooms to house equipment – rooms that require electricity and air-conditioning (which itself requires electricity). Migrating base stations from these rooms to outdoor cabinets or pole-mounting greatly reduces the need for this electricity while giving operators more flexibility and nimbleness in where they can deploy base stations (not to mention lower construction costs).

Operators can also save energy with more intelligent network software features. Some equipment vendors offer features that allow base stations to power down at night when fewer people are using the network, but these capabilities are being refined with the next generation of gear. For example, Huawei has been promoting base stations that power down not just at fixed periods on the clock but in response to low traffic periods whenever they happen to occur. Another feature adjusts power consumption based on pre-established network performance benchmarks to ensure base stations don’t consume more power than needed to support quality user experiences. Huawei’s test results with a Chinese mobile operator suggest these features could reduce energy consumption by 25%, Huawei said.

Going forward, mobile operators and their customers will expect mobile services to achieve things never before possible, including new enterprise-oriented services that require greater performance than cellular networks have delivered in the past. In order to control costs and make these services profitable, operators will need to keep driving efficiencies in their mobile base stations. Thankfully, their supporting vendors are already demonstrating continuing innovation aimed at doing exactly that.