Gorillas has raised “close to” $1bn in a funding round that gives the rapid grocery delivery startup a valuation of $2.1bn. The funding round – the largest by a European startup in the sector – highlights the growing appetite for on-demand deliveries but also their dependency on large volumes of venture capital.

Berlin-based Gorillas aims to deliver basic grocery items ordered via an app within 10 minutes, charging a flat delivery fee of €1.80.

The new Series C round has given it a $2.1bn private valuation just one year after it was founded by CEO Kağan Sümer in May 2020.

German online takeaway firm Delivery Hero led the funding round, investing $235m in return for an 8% stake. The deal follows Delivery Hero’s acquisition of a 5.1% stake in rival Deliveroo in August. 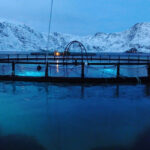 Future food
A light recipe for the future of fish farming 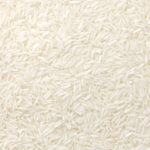 “Delivery Hero is on a mission to advance quick commerce globally, and we see Gorillas as one of the leaders in Europe and the US,” said Delivery Hero CEO Niklas Oestberg.

“The size of today’s funding round by an extraordinary investment consortium underscores the tremendous market potential that lies ahead of us,” said Gorillas’ Sümer. “With Delivery Hero, we have chosen a strong strategic support that is deeply rooted in the global delivery market and is renowned for having unique experience in sustainably scaling a German company internationally.”

Much like the delivery times it aims to offer, the rise of Gorillas has been rapid. In one year, it has expanded to more than 55 cities, including London, Amsterdam and New York. It has 180 warehouses across nine countries and says it has delivered more than 4.5 million orders in the past six months.

According to Östberg, Gorillas has reached “over $300m revenue run rate in only one year with continued double-digit monthly revenue growth”.

It hit unicorn status – a privately owned company valued at $1bn or more – in a record-breaking nine months from launch.

Gorillas’ explosive growth came during the pandemic when people were forced to remain indoors and turned to delivery apps in their droves. Analysts have questioned whether it can be sustained with lockdown restrictions lifted.

Ride-hailing giant Uber may provide a sense of consumer trends in the post-lockdown era. During the height of the lockdowns, Uber’s revenue from its food delivery division surpassed revenue from its core ride-hailing business for the first time. Food delivery has remained on top ever since, including for its most recently available financial quarter – the first period that coincides with consumers able to return to restaurants.

The 122% year-over-year growth by Uber Eats during that quarter suggests that consumer habits were shifted towards online food delivery and have not shifted back – for now.

“Even as economies open up, rapid delivery services tap into “consumer wants” of convenience that reduces their workload,” said George Henry, associate analyst, consumer, at GlobalData. “The pandemic has demonstrated the disruptive innovation of courier apps, rapidly adapting to meet changing demands in an unpredictable environment.”

He adds that it’s “rational to see the re-opening of economies as an existential threat to delivery services” but that their convenience will continue to hold appeal for consumers.

Gorillas says it will use the funds to invest in operations, technology and marketing. Outspending rivals in these areas will be key to Gorillas success, with companies such as Getir, Jiffy and Zapp – which also emerged during the pandemic – providing fierce competition and also flush with billions of dollars in venture capital.

Unlike Uber Eats and Deliveroo, Gorillas employs 11,000 riders directly with fixed employment contracts. This includes paid holiday and health insurance in what it calls a “counter-model to the gig economy”.

Companies using the gig economy model have come under increasing scrutiny, with some investors citing it as the reason for shunning Deliveroo’s lacklustre IPO.

But for all its high growth, Gorillas has received some criticism during its short existence. In August, Sifted published a story in which staff at Gorillas described a high-pressure working environment and HR problems.

One employee described Gorillas as “like the new WeWork”, in reference to the high-growth office rental company that was once the hottest property in Silicon Valley, before imploding with a failed IPO in 2019. Gorillas told Sifted that it “has a culture of inclusion, employee care and dialogue”.