Fintech wonks have been really excited of late about B2B solutions, especially ones offering buy-now-pay-later (BNPL) services to companies.

So it’s hardly surprising that fintech juggernaut Klarna has been vying for a piece of the action, but instead of launching its own business-centred instalments scheme, it bet on a partnership with smaller German player Billie earlier this month. Now Klarna has backed this up by putting its money where its mouth is.

Billie is a Berlin-based B2B BNPL startup founded in 2016. It shouldn’t be confused with the New York razor company of the same name. The fintech has just picked up a $100m funding round at a $640m valuation. While Tink investor Dawn Capital led the raise, Klarna and Tencent were also noted as some of the biggest investors. The amounts put into Billie by each backer haven’t been disclosed.

Existing investors Creandum, Speedinvest, Picus and GFC also injected cash, and Billie claims the funding made up the world’s largest B2B BNPL round to date.

Billie most recently raised a $33.79m Series B round in July 2019, according to GlobaData‘s intelligence centre.

The capital raise comes mere weeks after Klarna and Billie announced a global partnership that would enable the Swedish payment quadradecacorn to offer companies the same instalment options as regular consumers get.

The emphasis on it being an international partnership may’ve sounded a bit odd given that Billie is so far only available in Germany. However, this is something Billie aims to change thanks to the new $100m investor top-up to its coffers.

“Internationalisation will be across Europe first,” Matthias Knecht, co-founder and co-CEO of Billie, tells Verdict. “At the moment we are in the midst of analysing the different markets and their potential to come up with a profound decision which country we will be heading to first.”

Billie also said it would “significantly expand its technical integration with Klarna” and other strategic partners, as well as enhancing its B2B BNPL product Billie Boost. Among the plans, Billie aims to add new B2B features such as longer payment deadlines, instalments, special offers for B2B marketplaces and e-invoicing. 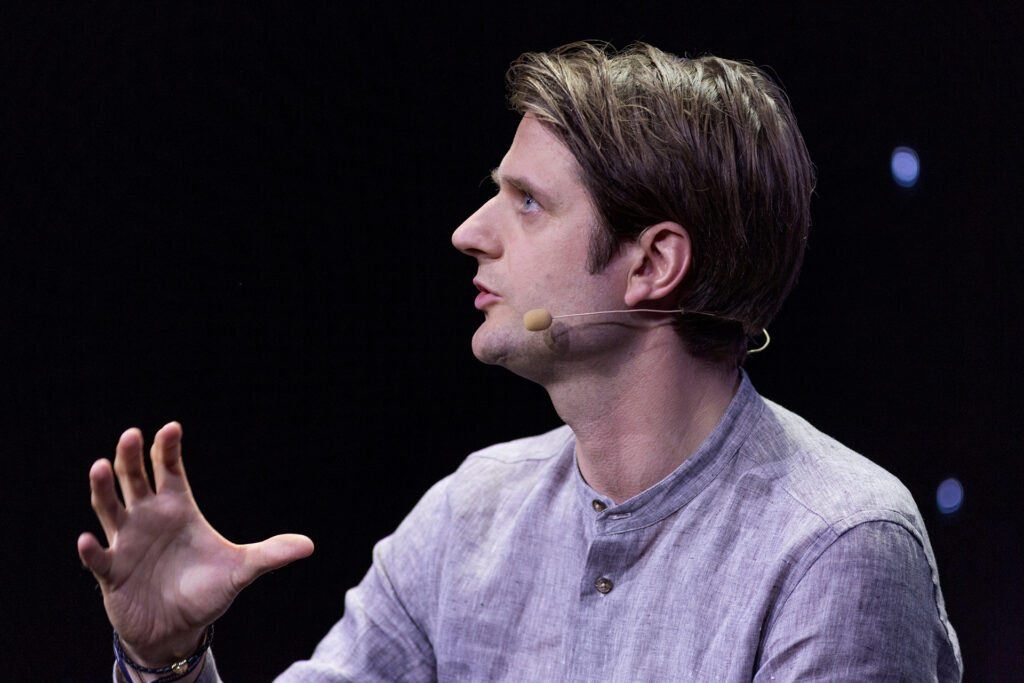 Sebastian Siemiatkowski, CEO and co-founder at Klarna, was understandably eager to hype up the company’s latest investment.

“We have known Matthias and the Billie team for some time, and are impressed by their mission to offer frictionless B2B payments to merchants and businesses across the world,” he said in a press release.

“BNPL for B2B is still in its infancy phase – even though the demand has never been higher. We are here to solve problems and by being able to offer this service to our merchant partners together with Billie, we are doing just that. Something we also underline with our investment in Billie.”

As Siemiatkowski suggests, the B2B fintech space has been heating up lately. Billie is facing stiff competition from other B2B BNPL businesses. For instance, former Klarna and Mollie executives launched Amsterdam-based Biller earlier this year with the aim to solve businesses’ invoicing pains in a similar way to Billie.

Other rivals include Affirm spinout Resolve, ePayLater and Tillit. The space is undoubtedly getting crowded and for good reason.

B2B BNPL is here to stay

BNPL companies’ valuations have skyrocketed over the past year. Klarna alone raised a $639m SoftBank-led investment round this summer at a $45.6bn valuation, making it Europe’s most highly valued private tech company.

This is only the beginning, with the industry being expected to keep growing to be worth $166bn by 2023, according to GlobalData’s thematic research.

“This whole space has been simmering away roughly ever since the financial crisis when getting funding for businesses became a major concern,” Sam Murrant, lead analyst of payments at GlobalData, tells Verdict.

“There have been various efforts to get more money out to small businesses to galvanise economic growth in various places around that world. But a lot of that space has been taken up by fintechs who aren’t necessarily playing the BNPL game.”

So, with businesses needing better credit and the BNPL sector having grown popular during the pandemic, it was really only a question of time before BNPL businesses began catering to the B2B space.

“It’s not particularly surprising that we would see moves like this and BNPL is kind of a complement to a more general business lending proposition where you’re a bit more focused around short term BNPL,” Murrant says. “For consumers, it’s just kind of an alternative to credit cards that costs you a bit less and is a bit more immediate. For businesses, it’s more like a cash flow stopgap measure where you need short term credit specifically, but you don’t want to take on a heavy interest bearing loan to get to it.”

It also makes sense for Klarna to be interested in this space. While the company is mostly known for its instalment services, it is also offering a range of other products. These include bank accounts in some places in Europe, a shopping app and it is now even extending into travel planning thanks to its Inspirock acquisition, announced on Friday.

“Klarna sees the consumer BNPL space as being something it doesn’t want to have its entire business exposed to,” Murrant argues. “There’s a lot of talk about regulation in that sector on the horizon. So I think it’s just trying to diversify as much as it can.”

This could explain why Klarna is now going into the B2B BNPL space via the roundabout route of investing in Billie. According to the smaller startup, there was never even a discussion about whether or not Billie would become the sixth venture Klarna has acquired in 2021.

“At the moment we are not thinking about any exit strategies such as sale or IPO or anything else,” Knecht says. “Instead we are heavily focusing on building a strong and independent company solving the payment and shopping issues of business buyers worldwide.

“Over the last couple of years we have built a strong relationship with Klarna and the company’s team but Klarna acquiring Billie has never been a topic. Both companies and teams are sharing the same vision and are now combining their expertise to a powerful strategic partnership while staying independent at the same time.”