Belgium’s leasing sector appears determined to buck the country’s normally sedate image, with industry participants confident that recent strong growth will be sustained into 2018 and beyond, writes Paul Golden.

Total production – movable and immovable leasing – of Belgian Leasing Association members was more than 25% higher than in the previous year, rising to €6bn.

In the movable leasing segment of the market, the sharpest increase was recorded for commercial vehicles (56.7%), followed by computers and business machines (32.1%), machinery and industrial equipment (16.9 %) and passenger cars (14.2%).

Leasing in the field of renewable energy decreased for the fifth year in a row and big-ticket items also recorded a significant decline.

The two sectors with the lowest use of leasing reported the most impressive growth, with leasing production to the public sector and the agricultural sector going up by 68.2% and 27.5% respectively. Leasing to the service sector also rose significantly.

The annual survey included data on movable leasing production in terms of supply channel for the first time in 2016, reporting that just under one-third (31.2%) of new contracts were supplied by vendors, with banks accounting for 65%. Operational leasing increased its share of total leasing production, although financial leasing still represented 63.6% of total activity.

At the end of 2016, the amount outstanding of movable and immovable leasing amounted to €14.6bn, according to the Belgian Leasing Association.

In the manufacturing sector, managers had revised their demand forecasts downwards, while the renewed deterioration of the business climate in the retail trade sector was attributed mainly to a net decline in projected orders placed with suppliers.

In the construction sector – where the economic situation weakened marginally in December after three months of consecutive improvement – businesses gave a more negative appraisal of their total order books, and were expecting a slight reduction in demand.

However, most of the lease companies interviewed by Leasing Life painted a positive picture of the market in 2017, and expressed confidence that recent growth could be sustained over the remainder of this year.

Patrick Beselaere, global head of ING Lease, says the market is likely to have consolidated in 2017 at the same level as 2016. “As the 2016 volumes were influenced by some big transactions which were not repeated in 2017, we should expect to see a growing number of tickets in last year’s data,” he explains. “This evolution confirms the overall underlying trend of growing popularity of leasing in the Belgian market.”

According to Beselaere, this growth can be explained by three main factors:

“Historically, the Belgian leasing market has been dominated by the bank-related lessors,” Beselaere says. “The leasing companies that belong to the four biggest banks have a joint market share of more than 75%. In an overbanked market it is no wonder that 68% of the leasing production is originated on behalf of the bank channel, and that this share is increasing.”

“The government has also recognised the potential of leasing,” he says. “Together with the Belgian Leasing Association, a working group has been created to analyse how leasing can help support startups. With the economy expected to grow further and given the positive underlying drivers for leasing, this should have a positive impact on the sector in 2018.”

Over the last 12 months ING has introduced a digital portal offering lessees the option of creating their own lease proposal, comparing scenarios and signing a contract digitally in less than 10 minutes.

Dirk Boeykens, business unit manager – bank leasing services at BNP Paribas Leasing Solutions Belgium, reckons leasing is becoming increasingly recognised in Belgium as the optimum product for financing the acquisition of all kinds of business asset, as it offers flexibility and a simple administrative process at advantageous rates in a country with a pragmatic approach to the classification between a financial and an operating lease.

“The growth in the sector is generally spread out pretty evenly,” Boeykens says. “We see it in all assets, but also all customer segments. The first quarter of 2017 showed a small decline in new business, but the second quarter was stable and in the third quarter we again saw an increase of more than 10% in new business, mainly in cars and trucks.

“After two years of notable expansion we are still registering new growth and we think that the trend from the third quarter of last year will continue.”

Asked whether the Belgian government could do more to promote the use of leasing, Boeykens observes that the industry is not seeking special or advantageous treatment.

“However, government should create and monitor a level playing field for leasing and comparable products, and this is not always the case,” he continues.

“Some initiatives tend to go in the wrong direction. Everybody should be aware that leasing is really important in the financing of the real economy.”

Boeykens says his company is actively working in the two main distribution channels, providing solutions to the customers of the network of BNP Paribas Fortis, major banks and vendors, where a large part of the business consists of companies it services throughout the rest of Europe and even further afield in China and the US.

“The Belgian economy is doing very well – the unemployment rate is going down and tax rates will be lowered from next year,” he adds. “The investment climate is very positive and we are convinced that the growth rates of the past 12 months will continue this year.”

Recent innovations in the market include a bike leasing scheme introduced in Brussels by KBC in November 2017 after a 12-month trial in Flanders. Under the scheme, businesses, or their staff, lease a bicycle for a period of 36 or 48 months, and at the end of the contract either hand it back or buy it at market value.

The fixed monthly lease payment includes annual maintenance, insurance for damage and theft, and round-the-clock assistance in the event of sudden immobilisation of the bicycle.

Catherine Meyers, managing director at DLL Belgium, says the introduction of the General Data Protection Regulation (GDPR) in May will create both challenges and opportunities for the country’s leasing companies.

“In the journey to become compliant with the regulation, significant efforts need to be made by all companies processing personal data,” she explains. “However, it will also facilitate further transparency for – and accountability towards – customers.”

According to Meyers, the Belgian government could be doing more to promote the use of leasing. “For example, several governmental subsidy programmes – for example, in agriculture – are only applicable in the case of ownership, which is not suitable for leasing,” she says.

“Due to the new European legislation on public procurement, it is required that (for leasing) the public entity should tender, which is not the case for a loan. So for financial leases, this does not offer a level playing field.”

Lack of knowledge of the advantages of leasing is another factor that means public entities do not use leasing as a finance solution to the extent they should.

DLL Belgium is working to encourage growth in leasing activity by creating digital solutions such as self-service portals for lessees and a mobile app that its partners can use to make a lease quote or a credit check, and even manage contract documents.

“While the market growth figures for last year will not be published until April, based on preliminary numbers we predict a strong year in 2017,” says Meyers.

“We are also optimistic about the prospects for the lease market in 2018, not only in terms of revenues but also penetration rates.”

The Belgian government has set out to create a shift in mobility behaviour by providing an attractive alternative to company car schemes. The bill implementing the Cash for Car scheme is currently going through the legislative process.

A spokesperson for Sofico suggests that the Belgian automotive leasing market is healthy and dominated to a large extent by the presence of ‘salary cars’, which are awarded to employees as a perk or incentive in lieu of a higher net salary, as this is financially more advantageous for both the employer and employee.

“Should the legal framework around these types of cars change, it could have a profound impact on the market,” he warns.

“Due to the high level of congestion around urban centres such as Brussels and Antwerp and the environmental impact, there is some pushback against the current rules.”

As such, Sofico doubts that the Belgian government will be encouraging growth in traditional car leasing activities, although the company does expect it to promote, either directly or indirectly, the use of alternative modes of transport, such as making trips at alternative times – possibly by introducing some fee for road usage at peak periods.

In light of the importance placed on these two issues – the environment and congestion – mobility and alternative mobility solutions such as car sharing (both corporate and private), cycling, public transport, and even occasionally working from home, are influencing a number of trends in the market, says the spokesperson.

“Most major leasing companies are trying to shed the image of being a car provider, and are branding themselves as mobility providers,” he notes.

“Employers are also starting to experiment with different approaches towards employee incentives and remuneration packages. Rather than providing each employee with a company car, employees often now receive a mobility budget or a one-off lump-sum payment each year.”

Another trend in the market which has been noticeable for a number of years, according to Sofico, is the blurring of the traditional distinction between fleet and retail.

“We see fleet companies marketing ‘private lease’ offers to private customers through big retail chains while captives are building up multi-marque operational lease capability to serve the fleet market,” explains the spokesperson, who also accepts that GDPR will affect the sector.

All leasing companies will have to review their internal procedures to ensure compliance, he says. “As a software supplier to the leasing industry, we have been including new functionality in recent releases of our software to assure our customers are able to meet GDPR requirements.

“We are also contributing to the growth of the leasing market by providing customers with constantly evolving software, aimed at enabling them to meet the demands of their customers both now and in the future.”

“Overall, we feel optimistic about the lease market in 2018,” concludes the Sofico spokesperson.

“Many players are looking to bring new and innovative products to the market and the latest car registration figures [based on data from December 2017] indicate that company car registrations were up for the third year in a row, reaching 292,734 – a 3.2% increase on the figure for 2016.” 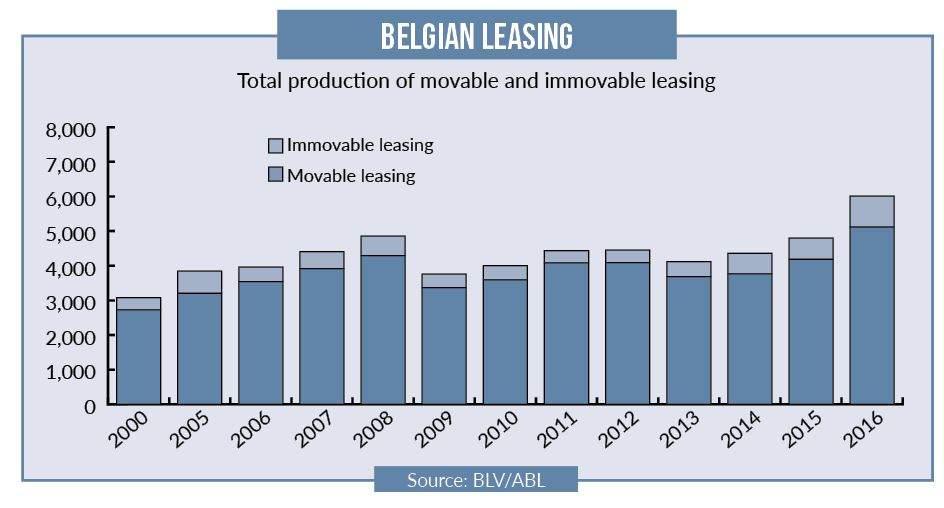