Kowsik Guruswamy is the CTO of Menlo Security, a cloud-based isolation platform that protects organisations from cyberattacks by separating an enterprise network from the public web, while still allowing employees to access the internet.

Prior to joining Menlo Security, Guruswamy was co-­founder and CTO at app and cloud testing firm Mu Dynamics. Before Mu, he was a distinguished engineer at security firm Juniper Networks. In a career spanning more than 15 years across security, cloud and data visualisation, he has issued 18 patents and holds an MSCS from the University of Louisiana. While working for Juniper Networks, via an acquisition, he implemented the security industry’s first intrusion prevention system – a network security tool that monitors traffic and prevents vulnerability exploits.

In this Q&A, the 16th in our weekly series, Guruswamy explains how Covid-19 is “exacerbating” enterprise security flaws, reminisces about his Casio PB-100 and reveals why ad tech is a brain drain for humanity.

Kowsik Guruswamy: During my last startup that I co-founded I was introduced to Menlo Security’s co-founders Amir and Poornima and became an advisor to their prior company, Altor Networks. About a year after Menlo was founded, I came onboard as chief technology officer, to join a world-class team attempting to build a cloud-based security platform that could/would conclusively solve some critical problems faced by enterprises.

Pre-Covid-19, the critical thing enterprises faced was a transition to cloud-based services (SaaS). This was upending traffic patterns and their security architecture because traditionally employees in branch offices would VPN back to corporate in a hub-and-spoke model to access both the internet and on-premises applications.

The adoption of SaaS was causing undue network congestion and terrible user experience forcing branch users to go direct to the internet leaving a gaping hole in security and visibility. Fast forward to now, amidst Covid-19, this situation is even more exacerbated because the on-premises VPN infrastructure was only specced out for 1-5% of remote workers. This estimation has been flipped on its head to more than 95%, causing even more stress on IT to cope with remote workers.

I’m biased, but part of why many of us are here at Menlo is because we believe in the promise of perfect security offered by isolation. Historically, enterprise security architecture and processes were largely driven around the “predict, prevent, detect and respond” cycle.

However, as more and more people have come to realise, threat prediction is impossible, prevention is imperfect, detection and response are just too late.

Ultimately customer adoption clearly separates hype from reality. Of all the kudos a company can receive (awards, recognition, etc.), customer adoption and their belief that this truly solves a fundamental problem is the one that sets companies apart.

Not so much a given piece of advice, but my modus operandi has always been GSD – get s&i# done.

I have been a technologist for a long time (since high school) with interests ranging from game development, data visualisation, computer security, networking and visual storytelling through technology. My first introduction to a “computer” was Casio PB-100 with a whopping 1KB “bytes” of memory. It could hold one Basic program at a time. 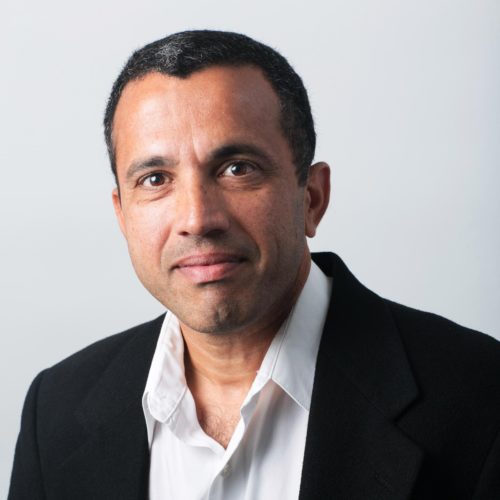 I’m incredibly fortunate to wear as many hats as required by the company to identify areas of business that could be improved by technology and automation. On a given week, I’m noodling on a new prototype to say, help customer success or operations, collaborating on analyst conversations, reviewing patentable ideas, providing input on product architecture or helping out with a marketing campaign or webinar.

Running, like really far. I’m an ultra-runner who seeks forests, mountains and trails on every opportunity that I get. See https://freeradical.me for the “runner” side of me.

I would say Steve Jobs, not because he was necessarily a great techie (Woz was the technologist in the early days of Apple), but because of his unrelenting, fanatical pursuit in simplifying human-computer interactions. This is truly what made much of Apple’s technology appeal to everyday folks from all walks of life. In some cases, they had to fundamentally invent new technology because it was a prerequisite to simplifying human interactions.

There are incredible minds at work in the technology industry that, in my honest opinion, are being wasted away in solving the best way to target the right ads to users. If only these very same folks can focus on much larger problems facing us, we would be in a different, better situation.