Entrepreneur-led and with soaring ambitions for transforming commercial spaceflight – not to mention a name ending in -ex – Orbex has drawn inevitable comparisons to SpaceX. But despite reaching for the stars, the UK-headquartered company has its feet firmly planted on the ground.

Last week, Orbex unveiled a completely-engineered prototype of its Prime rocket at the opening of its new facility in Forres, near Inverness, in the beautiful surroundings of the Scottish Highlands.

The factory will bring rocket manufacture closer to the proposed UK vertical launch spaceport on the A’Mhoine peninsula in Sutherland on Scotland’s north coast, about an hour and a half by rocket-toting truck; perfect for the polar orbit market Orbex is targeting. Orbex was part of the consortium with Lockheed Martin and Highland and Islands Enterprise (HIE) to bid for the Sutherland spaceport and received £4.5m of the funding when the project moved to the next stage in July 2018.

Prime is a second stage rocket, and this first example was built at Orbex’s existing facility in Copenhagen before Forres takes over manufacturing. Launched atop a 10m first stage rocket, it will insert satellites into sun-synchronous or polar orbits at altitudes up to 1,250 km (776 miles). It will be powered by the world’s largest 3D printed rocket engine made in a single piece with no welding, made by German additive manufacturing specialist SLM Solutions.

It is the first commercial rocket engine designed to work with biopropane, a clean-burning, renewable fuel source that cuts carbon emissions by 90% compared to fossil hydrocarbon fuels, supplied by Orbex’s BioLPG fuel partner Calor; delivering an environmentally-friendly solution was a key element to gaining the support of HIE and crofters of A’Mhoine.

The rocket body is made from specially-formulated lightweight carbon fibre and aluminium composite making it 30% lighter and 20% more efficient than other vehicles in the small launcher category. The first-stage rocket will incorporate as-yet-undisclosed new technology to reduce space junk. 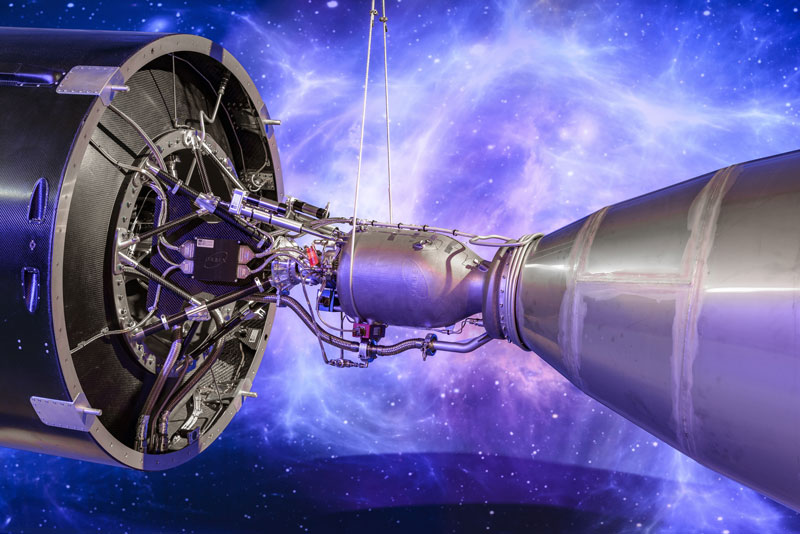 The maiden flight of Orbex Prime will take place in 2021 in partnership with Surrey Satellite Technology Ltd (SSTL) carrying an experimental payload, followed by an SSTL demonstrator satellite in 2023.

SSTL managing director Sarah Parker says: “We are extremely excited about the development of a sovereign UK satellite launch capability. This is something SSTL has been advocating for many years, and it will benefit the entire UK space industry. We have been impressed with the rapid progress Orbex has made in a short time, and we look forward to working with them towards the first launch in 2021 and beyond.”

Switzerland-headquartered Astrocast will also use Orbex Prime rockets to launch as many as 10 CubeSat nanosatellites by 2023 in support of its global Internet of Things (IoT) network. These will form part of a constellation of 64 satellites in eight planes of eight in low-Earth orbit. They will be used for a range of applications including environmental monitoring, security, maritime, mining, and oil and gas.

Astrocast CEO Fabien Jordan says: “We are excited about the prospect of launching our nanosatellites from a European launch site. To deploy and maintain our constellation, we need regular access to launch services. Launching from Europe will be beneficial to us in terms of our production schedule and launch campaign logistics.”

All in all, this is a great line-up for a company which CEO Chris Larmour says he set up “for a wheeze”.

“I put the first euro into the company in early 2015, and [spacecraft designer] Kristian von Bengtson set it up,” Larmour says.  “We were lucky with the timing that bidding for the [Sutherland] spaceport came along; we decided to build a rocket and it just so happened that the wave came along at that moment.”

After raising money from friends, family and investors, Orbex won £10,000 via the UK Space agency from Horizon 2020,EC funding for research and innovation including approximately €200 million per annum for the Space Work Programme. Larmour says that gave Orbex the “badge of authority” that led to incremental amounts of funding flowing in.

Larmour hopes the new facility will give back to the Highlands’ economy in terms of new jobs.

“This year we’ll grow to about 30, maybe 40 by the end of the year. Longer term, a total of about 150 in Scotland, about 130 in this area; not all in this factory, we’ll probably have another facility, then about another 20 at the launch site itself,” he says.

Larmour believes being able to offer all-European launches is a big selling point.

“One of the customers from today is UK – SSTL – and the other is Swiss – Astrocast and they see a strong advantage in European launches,” he says. “I think the European market is massively underserved in this domain and they’re all going to India or America to launch simply because there isn’t a good option locally.

“You could get on a launcher like Vega, but my feeling is they’re not super-interested in those small satellite businesses. Their sweet spot is 500kg plus because that’s what pays the bills. Whereas in my sector 10, 20, or 50kg is a good customer for me.” 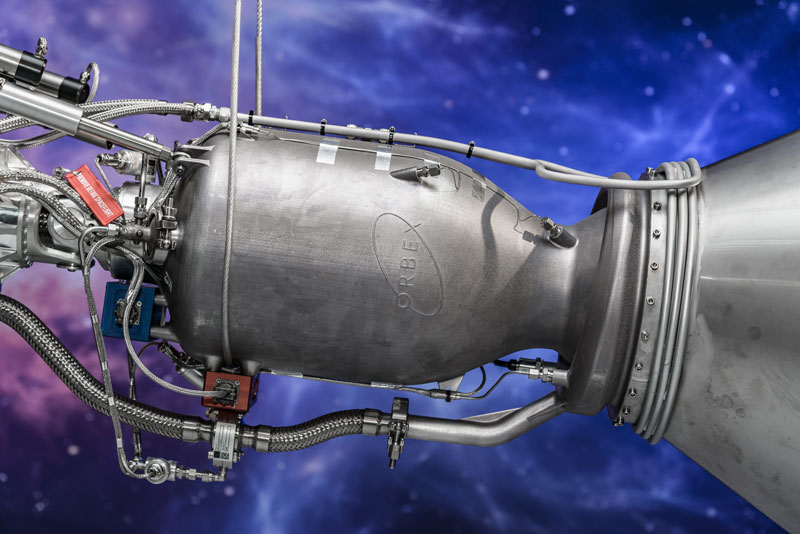 However, the effects of Brexit look like they could stretch even to Earth’s orbit.

“The UK Space Agency is going to continue funding via the European Space Agency (ESA), and ESA is not a European Community thing, it’s a sort of private members’ club,” he says. “However, the EU has recently announced a €16bn fund for space. It puts a lot of money on the table for space from the European Community rather than ESA, and it’s not clear what that’s going to do to the dynamic in Europe of UK versus ESA.

“Europe lacks the equivalent of a SpaceX. We don’t see ourselves as that company, by the way, but this region lacks that competitive dynamic, and I think if a company like that came along, it could be an interesting catalyst in the dynamic of European space life.”

And while Elon Musk and crew thrive on making space cool, Orbex is more pragmatic.

“We’re not cool in this company!” says Armour. “We’re the most boring people you’ve ever met, so down to earth it’s unbelievable. People think space is cool, but my job is buying new carpets, figuring out the insurance policy and getting the painter paid on time.”