Wachtell, Lipton, Rosen & Katz was the leading legal adviser globally for mergers and acquisitions in Q1-Q3 2019, according to GlobalData.

The American law firm advised on 57 deals worth $589.7bn (up 37.20% year-on-year) including the biggest transaction of the period: Bristol-Myers Squibb’s acquisition of Celgene for $89.5bn.

GlobalData published the top 20 league table of legal advisers ranked according to the value of announced deals globally. 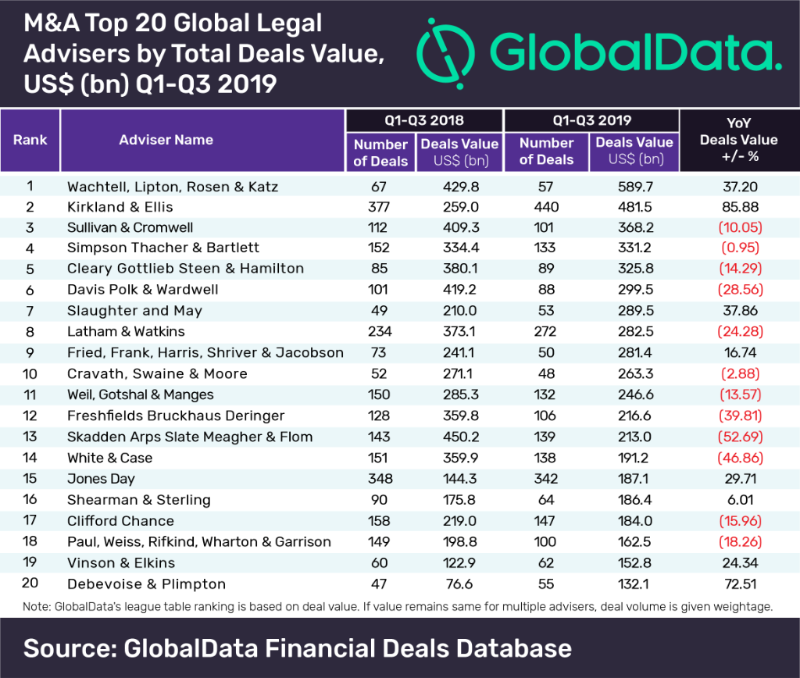 “Interestingly, the top seven advisers of the table worked either on Bristol-Myers Squibb’s acquisition of Celgene or United Technologies’ acquisition of Raytheon, the biggest transactions in 2019 so far.”

In terms of deal volume, Kirkland & Ellis topped the table with 440 deals, followed by Jones Day with 342 deals worth $187.1bn.

To ensure further robustness to the data, the company also seeks submissions from leading advisers, through adviser submission forms on GlobalData’s website.