A new report from GlobalData Wealth Management shows that a significant increase in female HNWIs will require immediate changes from the wealth management industry. PBI looks at recommendations and other key findings from the report: Wealth in the UK: HNW Investors 2018

Young female HNWIs are on the rise

The UK has Europe’s largest female HNW population, GlobalData’s report shows. In 2017, there were roughly 50,000 female HNWIs in the UK, 15% of the country’s total.

Female HNWIs in the UK under the age of 40 also account for double of the proportion of male HNWIs of the same age.

Research from Barclays Wealth has found that the typical female entrepreneur in the UK now earns 14% more than their male equivalent.

Yet the question arises: How are female HNWIs served by their private banks? GlobalData says that the wealth management industry has, on a global level, failed to connect with women.

In a survey of C-levels at private banks and wealth managers, Orbium Wealth Management found that 78% of executives said the needs of HNW and billionaire women are not being addressed. Another survey by Boston Consulting Group found that only 10% of female wealth management clients use their relationship manager as their primary source of investment advice.

Many female HNWIs want little to do with institutions that are shown to have an unequal workforce or pay. Men dominate leadership positions at major private banks and wealth managers and pay gaps often leave much to be desired. At family offices, women account for 9% of CEOs according to a recent report by UBS and researchers Campden Wealth.

Senior leaders must champion positive gender balance and remuneration internally, say GlobalData. Head of content at GlobalData Wealth Management, Bartosz Golba, says that changes must also come from the front office: ‘‘Wealth managers that can connect with female investors on concerns such as dependents, financial health, and risk management will have a competitive edge in this large and growing segment.’’

Some forward thinking private banks have already started making internal changes to cater for more women. UBS Wealth Management is planning to raise the ratio of women in management roles from a quarter to a third over the next five years.

A handful of wealth managers, including Old Mutual Wealth and Northern Trust have signed up to the Treasury’s Women in Finance Charter, a government initiative which pledges to balance gender ratios across financial services.

At BNP Paribas Wealth Management, another signee of the Women in Finance Charter, 52% of the workforce is female. Among senior managers that figure is 27% though the bank aims to make it 30% by 2020. 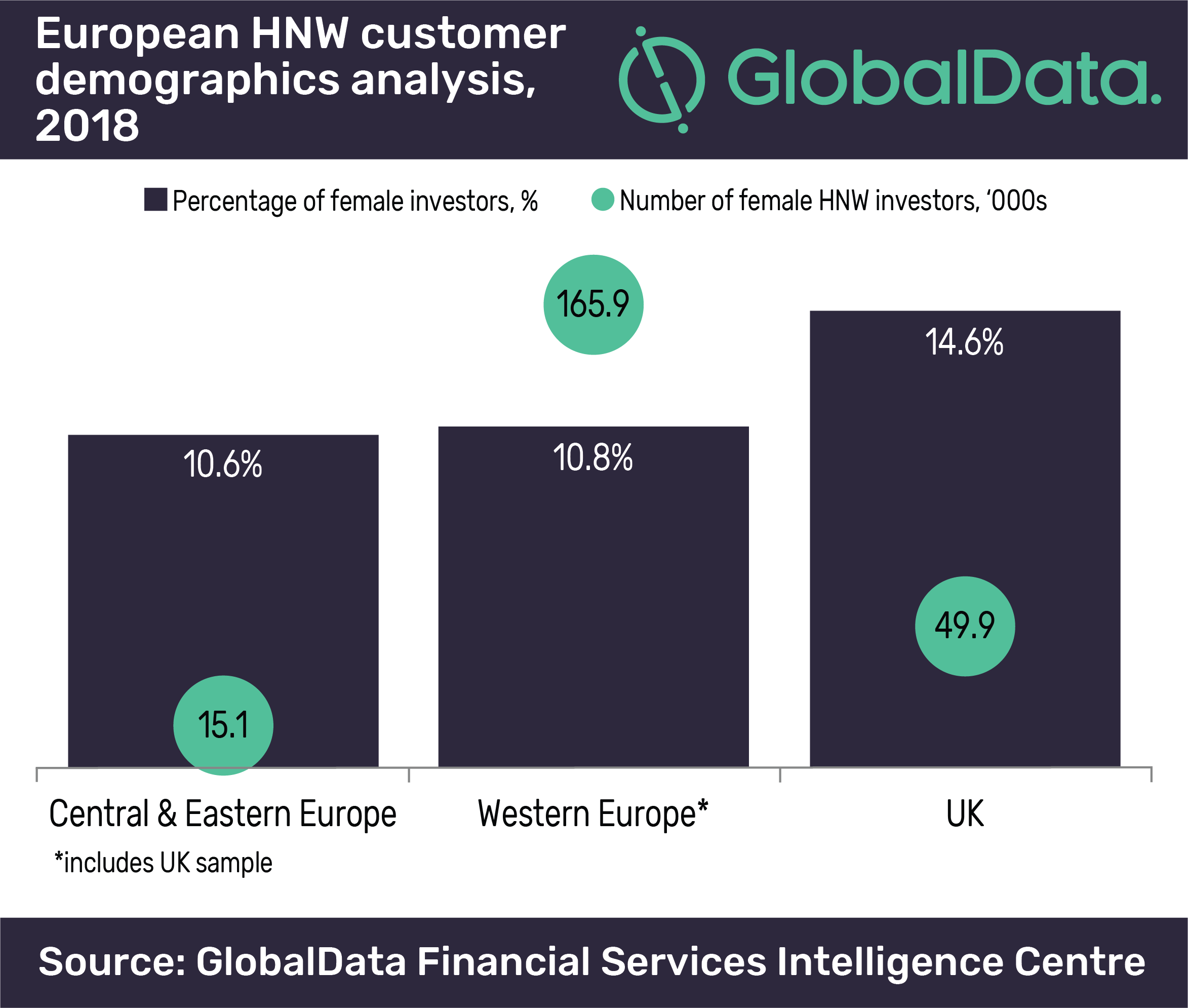 GlobalData’s report shows a rising demand for online wealth management tools. Termed ‘robo-advisors’ or ‘robo-platforms’, these online tools are often offered to clients in conjunction with traditional face-to-face wealth management, something termed a ‘hybrid model’. Global data predicts a 30% increase in demand for such advisory services.

“Demand is increasing for both advisory mandates and automated solutions like robo-advisors – and UK wealth managers are worried. Those that can adapt to a hybrid model will gain market share,” says GlobalData

Following regulatory changes to pensions and taxes starting in March 2017, there is set to be an increased demand for tax retirement and inheritance planning over the next 12 months.

The report states that only 57.4% of wealth managers in the UK provide tax advisory services. Investment portfolios should be updated to reflect the shifting tax policy of the government.

Despite surging interest from the financial world in blockchain, GlobalData says that UK wealth managers are still sceptical of this ledger technology. The opportunities of blockchain on the wealth management industry not only include the widely hyped cryptocurrencies, but also more mundane processes like onboarding, portfolio management, settlement and clearing and compliance management.

Over a third of wealth managers surveyed strongly agreed that blockchain is not yet secure enough to be used in the wealth management industry, the report found.

UK will remain a leading offshore market despite Brexit

Approximately 15% of global offshore wealth was booked in the UK in 2017, making it the second largest offshore booking centre after the US.

This is unlikely to change; even with the outcome of Brexit looming says GlobalData.

The immediate future for wealth managers seems positive as they are well placed to offer financial planning, risk management, and portfolio reassessment in the face of market volatility.