With the rise of challenger banks across Europe, incumbents have been forced to respond to growing competition in the banking sector. However, while challengers in the West are small and have managed to draw in younger users, tech giants in the East threaten to take banks’ most affluent customers, a far more serious prospect.

Across the APAC region, countries are opening up their banking sectors by granting digital licenses to new players. So far, regulators in Hong Kong, Singapore, Malaysia, and Taiwan have taken the plunge, issuing 21 licenses in total. Authorities in Thailand and South Korea are also considering this action.

What should scare the banks, however, is the demand and quality of challenger they face. The Monetary Authority of Singapore has been “inundated” with 21 applications for five licenses, the initiative intended on injecting competition into the banking sector. And unlike in the West where challengers like Monzo and N26 start from nothing, it is the tech giants of Asia – Tencent, Alibaba, Xiaomi, and Ping An – that are intent on disrupting the banking system. Hong Kong banks, in particular, are under threat from Chinese tech firms, as these soon-to-be tech banks are likely to build their offerings in Hong Kong before spreading across the APAC region.

To add to banks’ woes, a sizable minority of important consumers have become dissatisfied with their primary banking provider. GlobalData’s 2019 Banking and Payments Survey found that consumers with $20,000 in liquid assets who hold a negative sentiment of their main current account were high users of mobile wallets in these APAC countries. 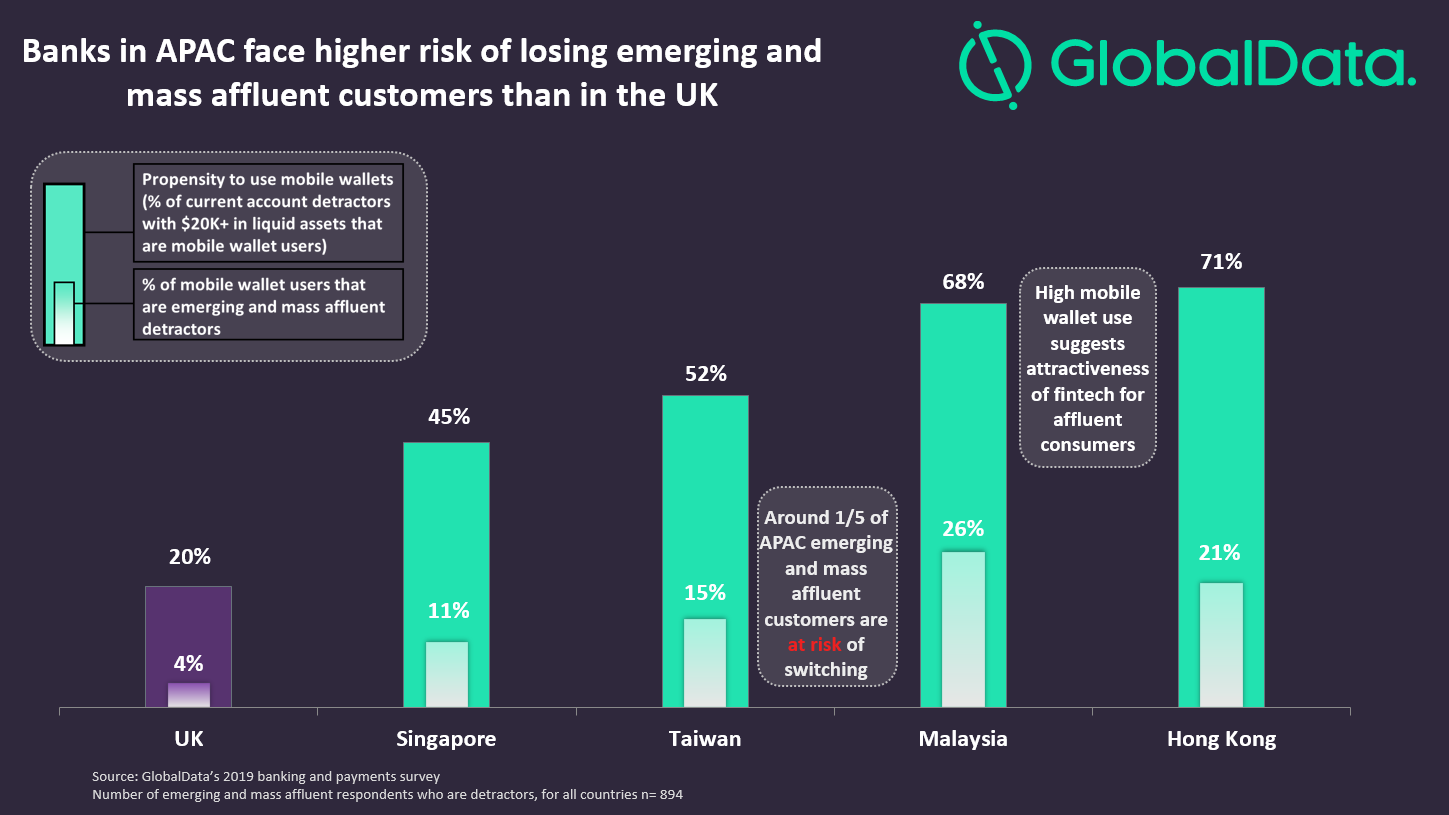 This is considerably worse compared to the UK, which has already experienced a boom in digital banks. When banking disruptors appear across Singapore, Taiwan, Malaysia, and Hong Kong, conditions will be significantly more favorable for them to disrupt the market and take incumbent banks’ most valuable customers away. Up to now, close to half of mass affluent consumers haven’t switched due to perceived difficulties. However, with most now familiar with mobile wallet services, they are likely to try out new banking services as a secondary product. Over time, more and more of them could be disintermediated from their current bank entirely.

Fortunately, there are proactive measures that incumbent banks can take to retain their valuable customers. In each region, detractors with $20,000 were significantly less likely to stay for rewards or familiar digital banking platforms than promoters and passives. This should be a clear signal to banks that these consumers are not getting serious value from these and require greater benefits as well as a better digital banking experience. 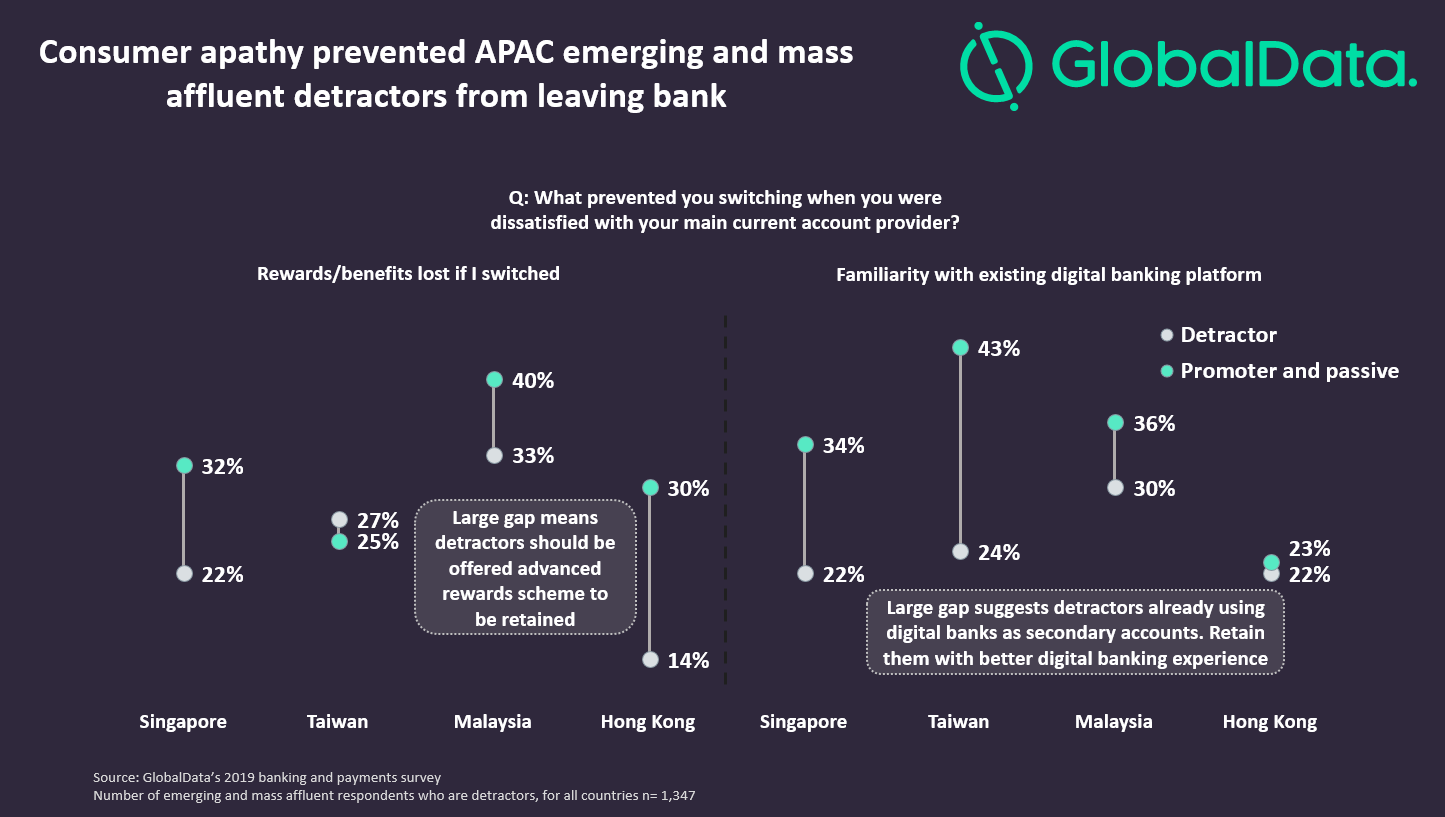 As banks across the APAC region face a new threat on the digital front, they should take clear, actionable steps with rewards and digital banking to retain their most valuable customers. Those that merely rely on apathy will be risking their most profitable market shares.