By making financial literacy easier, Cleo has managed to sell a way for consumers to take control of their finances. However, providing an alternative to overdrafts and credit cards means Cleo has completely changed the lending game from managing risk to managing relationships.

In the past, when cash was the dominant payment method, consumers typically knew the maximum extent of their monthly budgets. However, as societies move towards becoming cashless, it can become increasingly difficult to keep track of online purchases and subscriptions by yourself, particularly those bought through credit. The net effect is a high level of anxiety over poor finances, with money worries, for example, being the leading cause of stress among 18–34-year-olds in the UK.

Young people, however, aren’t taking this problem sitting down. Instead, they’ve signed up in their millions to AI-powered financial assistant apps. Cleo is the largest, with a user base of over three million in the UK, the US, and Canada that is currently growing at 12 users a minute. The free app works as an intermediary between the user and their banks, using an API to port the user’s transaction data. This lets Cleo show users the big picture of their finances, allowing them to make better decisions, while offering products and services such as budgeting, saving, and lending.

The latter product should worry banks the most. The typical Cleo user has just £50 in their current account and that is subject to expensive overdraft fees and credit interest, something Cleo is well aware of. The startup has entered the lending space by offering a £/$100 interest-free loan called Cleo Cover that users give back on payday. This comes with a range of other benefits such as spending rewards and a 2% savings rate, all for a bundled monthly subscription of $5.99 a month for its Cleo Plus service. Additionally, the app has gone to great lengths to make users aware of their bank charges, painting them in the worst possible light. 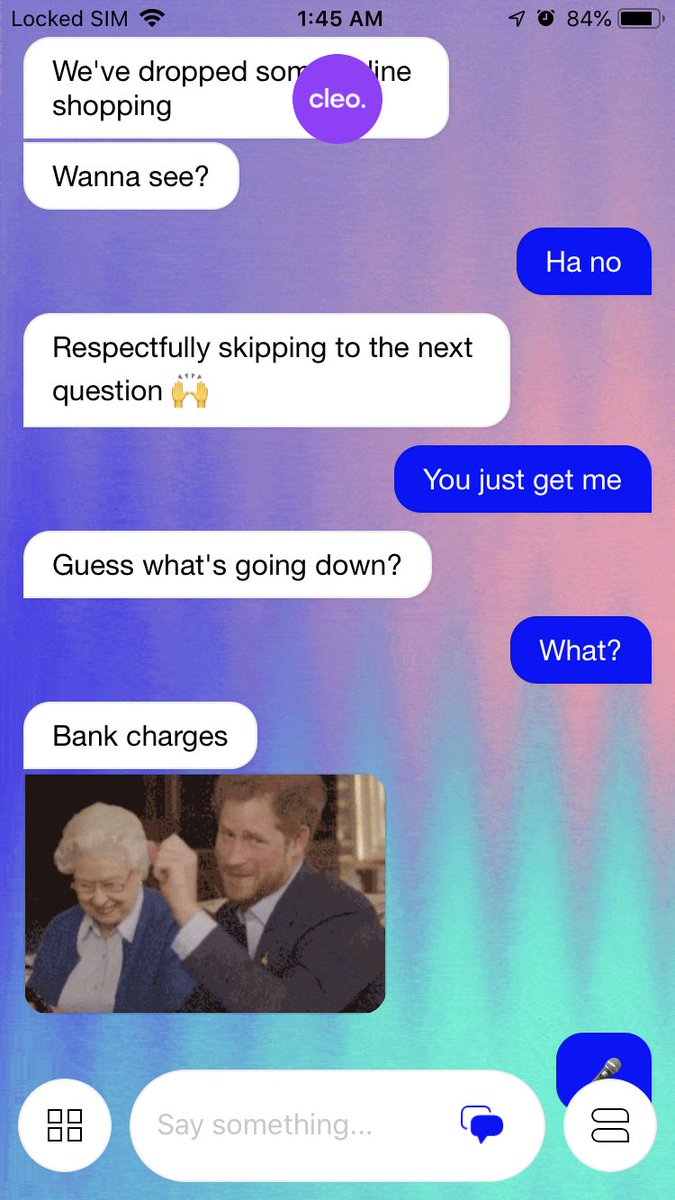 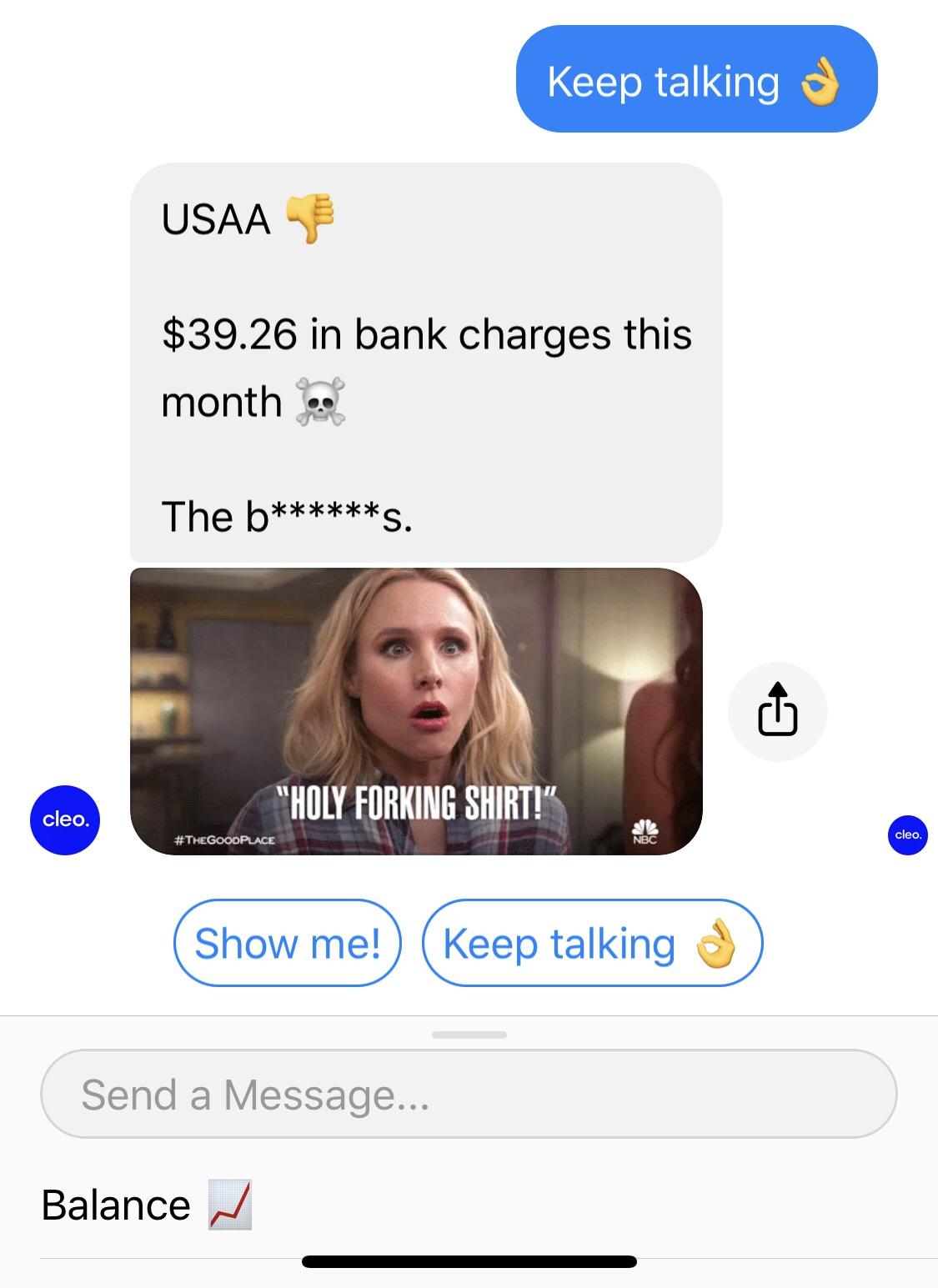 By engaging its young user base with a mix of chatty language and gamification, as seen with its ‘Roast me’ feature, Cleo has changed the game back to relationship management in order to maintain its subscription revenue. However, the prospect of an app that acts like a Facebook friend, constantly disparaging bank charges, fees, and credit interest, is likely to do significant damage to the user’s relationship with their primary banking provider. The previous maxim that being penalised for borrowing money is a necessary evil is likely to be ditched by customers who can receive interest-free, flexible, and on-demand credit for less than the cost of Netflix. This is particularly the case for profitable customers hooked on unsecured credit, i.e. revolvers. 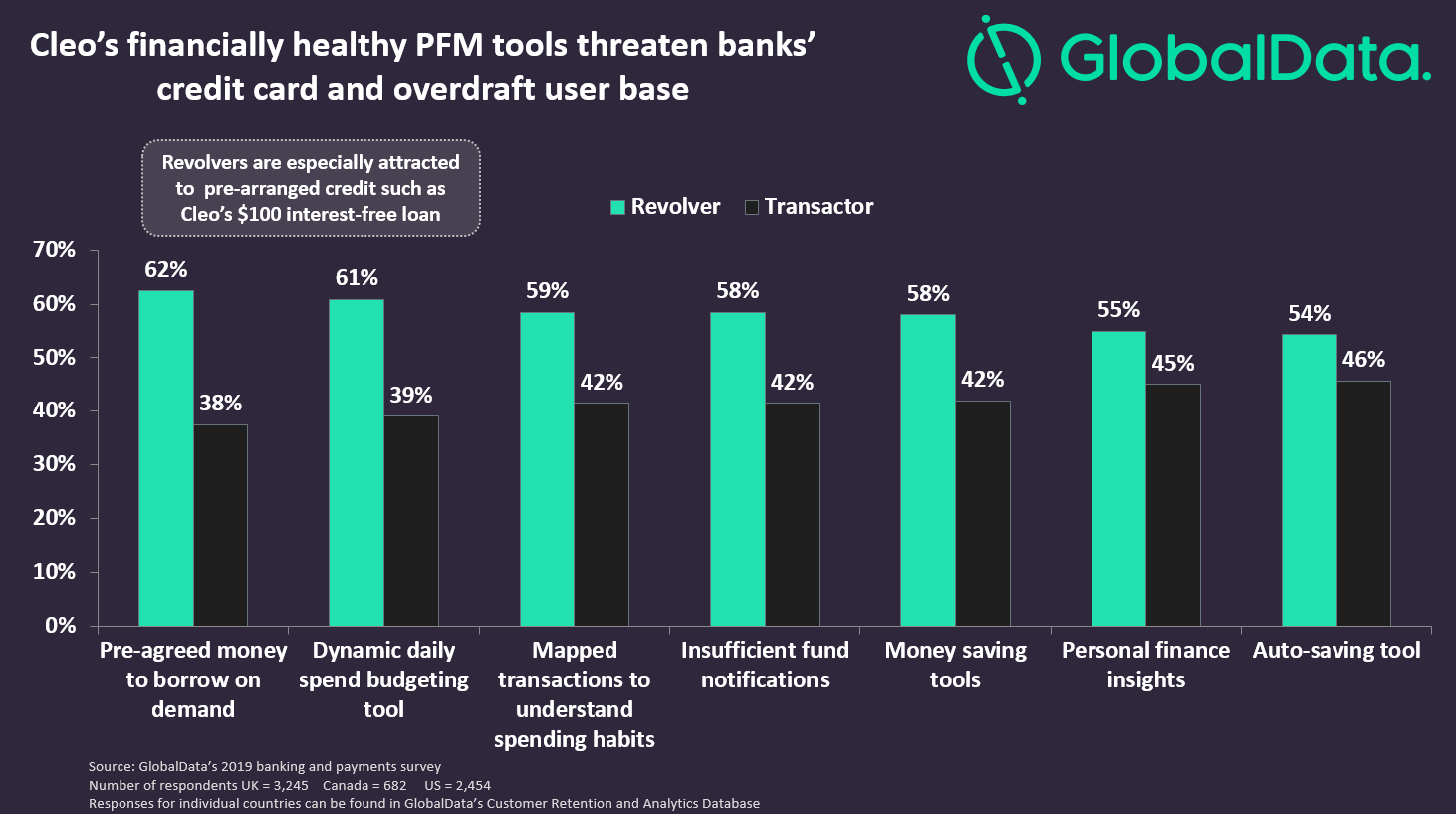 Interestingly, on-demand credit such as Cleo Cover is the most popular proposal among revolvers, meaning that current on-demand credit options like overdrafts are most vulnerable to Cleo’s disruption. Other, more prescriptive features, however, like dynamic budgeting and auto-saving tools are also more popular, suggesting that revolvers are not comfortable with their financial situation and want to escape it.

Cleo’s success in achieving such rapid customer growth has been helped by its focus on giving users better ways of managing their financial lives, while cultivating a strong relationship that pays dividends through subscription revenue. Its Amazon Prime-style package of rewards and on-demand credit strongly appeals to this user base and has the potential to disrupt the lending space and the banks that try to inhabit it.