Bank ABC says that ila Bank is rolling out initially in Bahrain. The bank has future plans to launch ila Bank across the MENA region.

Arabic for the word ‘to’, ila promises to propel users from where they are, to where they want to be. At the heart of ila Bank is a personalised approach to banking and financial management. This aided by cutting-edge technology and sophisticated data analytics.

“At Bank ABC we see change as an opportunity, says Khaled Kawan, Group CEO, Bank ABC. He adds: “We become more relevant to our customers and evolve and grow with them. This is an exciting time not just for us, but also for the country. Digital transformation presents a huge opportunity to drive lasting positive change throughout the Kingdom. This is something that Bank ABC is proud to be leading.”

ila Bank: built from the ground up

Ila Bank has been conceived and built differently from the ground up. The bank says that it is keeping the customers and their rapidly evolving needs at its core. Specifically, the aim is for ila to be agile, connected and intuitive.

“It’s our obsession and challenge to create a bank that mirrors their fast, connected and always on the go lifestyles.” 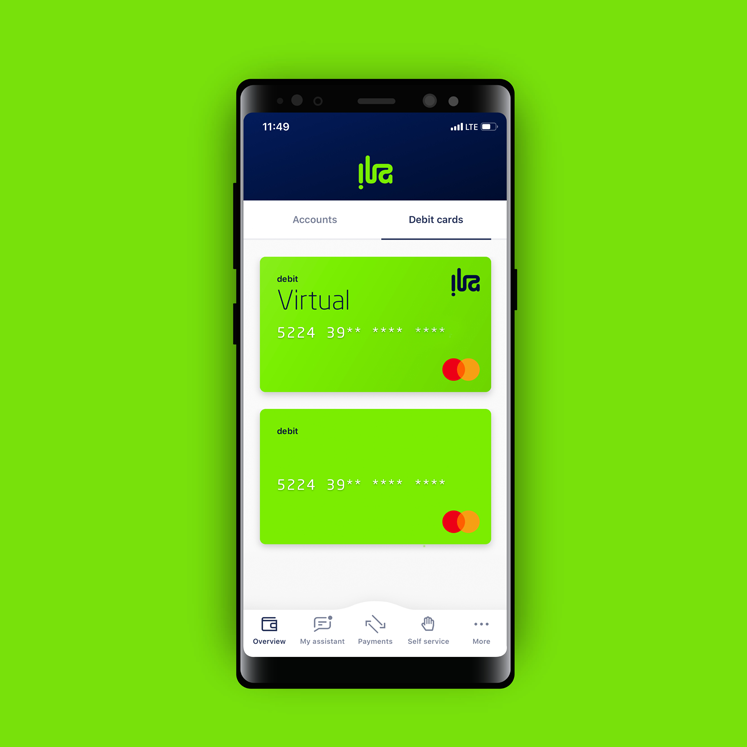 Customers can onboard within minutes with just two forms of ID and a selfie. In addition, new customers receive a virtual debit card for immediate use.

The new mobile only bank includes a digital customer assistant, named Fatema. The assistant features across social media to keep people informed about ila. Furthermore. the assistant will be able to answer customer questions through ila’s website 24/7.

“This is the beginning of the journey. As we gather more insights about our customers, ila will evolve as well, giving users the chance to co-create future features,” says Al Waary.

“With ila we aim to offer lifestyle banking that caters to your everyday life needs from the moment you wake up till you go to sleep.”

The new ‘Face’ of Bank ABC

In the build up to its 40th anniversary in 2020, Bank ABC is investing heavily across its functions and offices across the Group. Its headquarters in Manama have recently undergone a major structural overhaul. In particular it is upgrading its facilities to keep pace with the Bank’s strategic direction.

To mark this transition, the Bank’s Board is unveiling a landmark sculpture, ’The Face’, conceived by world renown artist Victor Ekpuk. This will be a permanent part of the head office’s external façade. It is an embodiment of Bank ABC’s commitment to equality, diversity and the Bahraini community and represents the Kingdom’s eclectic and hospitable culture.

Commenting on the sculpture, Kawan says: “Commemorating the launch of ila, and a new era for Bank ABC, ‘The Face’ is both a tribute to our home for over 40 years and a symbol of our faith in Bahrain’s strong talent who will see us advance our digital transformation agenda across the MENA region”

Bank ABC posted net profit of $161m for the first nine months of fiscal 2019, up 1% year-over-over. On an underlying basis, after adjusting for exceptional one-off items, net profit is up by 7%. The bank also reported positive underlying asset and revenue growth. The bank’s ratio of impaired loans to gross loans at 3.7% improved from the 2018 year-end levels of 4.0%. The bank ends the third quarter with total assets of $29.1bn. The bank’s total loans and deposits at the end of the quarter are $15.2bn and $20.1bn respectively.

Bank ABC group chairman Saddek Omar El Kaber said: “The results for the period have been achieved despite a sharp change in the market conditions during the year. Lower interest rate and economic growth environments combined with political uncertainties in some of our key markets.

“Adjusting for the effects of foreign currency depreciation and one-off items last year, the group is growing year-on-year. That is without compromising its strong balance sheet and conservative credit risk approach.”