But the 2020 study finds a slight improvement in how authentic banks are perceived to be by their customers.

Customer-owned banks rank highest in perceived brand authenticity (569 on a 700-point scale). And top of the poll is Heritage Bank with a score of 605 ahead of People’s Choice Credit Union, 576.

Commonwealth Bank ranks highest out of the Big 4 banks in perceived brand authenticity (489) with ANZ (474) bottom.

Customer trust in banks is only improving slowly. Nearly one-third (31%) of customers do not completely trust their primary bank, down from 34% in 2019.

The Big 4 banks’ customers are more likely to perceive their bank as profit-driven rather than customer-driven.

On fees, direct banks win out for transparency. More than one-third (37%) of Big 4 customers say they do not find their bank’s fee structure to be transparent. This is significantly more than those of direct bank customers (9%) and customer-owned bank customers (14%).
Furthermore, customers highlight sales pressure to open new accounts.

The percentage of customers saying they feel under pressure by their bank’s representative to purchase a specific product is 6%. This is however down slightly from 7% in 2019.

Credibility is the most important driver (56%) of a bank’s authenticity. It is also where customers see the biggest difference between the Big 4 banks and other banks. In particular, the Big 4 banks score low in the credibility and integrity factors of putting customers first.

CEO Peter Lock says: “I’m thrilled that Heritage Bank’s absolute commitment to its customers has been reflected in our ranking as the most authentic bank in the country.

“Our people first motto is not just a slogan, it’s a philosophy that drives everything we do.

“Banking customers are very savvy and they see through the spin that the big banks put on what they do. They know genuine customer commitment when they experience it, and that’s exactly what Heritage has to offer.”

“People have lost trust in the major banks, particularly given what came out of the Royal Commission. They understand that the listed banks, and the neo-banks, are driven largely by a profit maximisation motive.”

Meantime, loans increased by 1.7% y-o-y. On the other hand, net income inched down by 5.2%. Last year, Heritage Bank opened its first two branches in Sydney, its first branch expansion outside of its Queensland base.

Lock adds: “They have performed extremely well and the response from the people of those areas has been outstanding.” 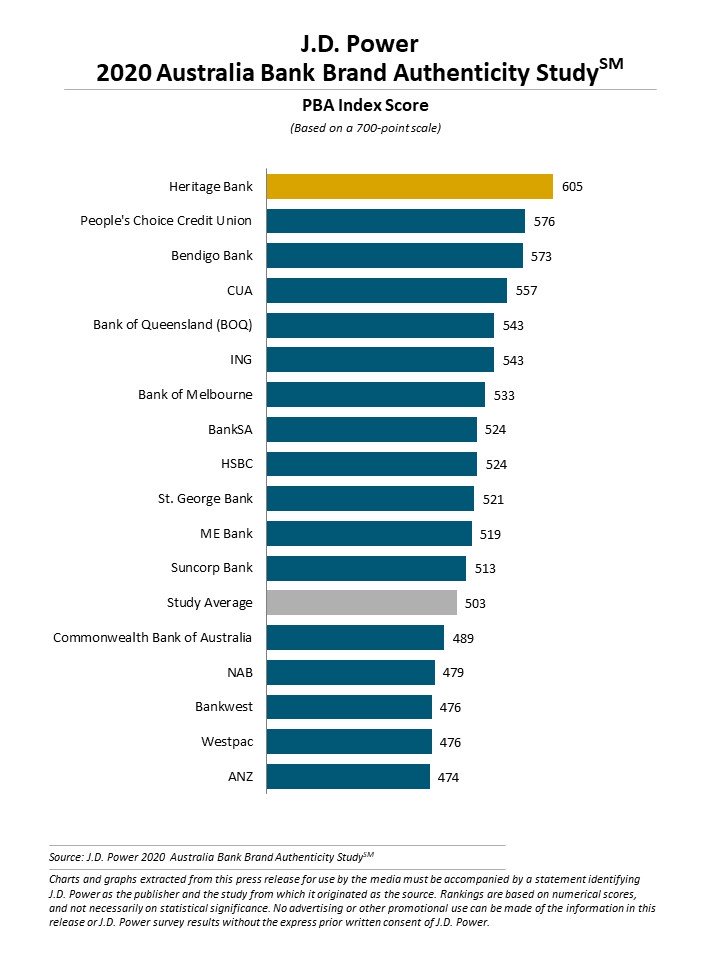