CYBG branch network inches down by another 17 branches
Douglas Blakey

The CYBG branch network is to reduce to 219 outlets with 17 more branches closing across its three brands.

Clydesdale Bank is axing five branches in Scotland reducing its branch estate north of the border from 67 to 62.

Meantime sister brand Yorkshire Bank is closing six outlets in the north of England. The closures reduce the Yorkshire network to 84 branches.

More than one half of the CYBG branch network has closed in the past six years. At the end of 2012, Clydesdale operated 152 branches in Scotland. In England, Yorkshire ended 2012 with 178 units.

Royal Bank of Scotland has reduced its Scottish branch network from 193 to 91 in the past three years.

The pace of closure at Bank of Scotland is slower. It has axed 50 Scottish outlets since the end of 2016, reducing its network to 190 outlets.

The CYBG branch network is completed by three outlets under the B brand in London, Birmingham and Manchester.

In 1981, when RBI published its first issue, the CYBG branch network totalled 570 outlets. This comprised 376 Clydesdale and 194 Yorkshire branches.

At the time of the Virgin Money acquisition, CYBG said that it would dump the Clydesdale and Yorkshire brands.

CYBG intends to re-brand all of its operations under the Virgin Money brand over the next two to three years.

The Scottish brand dates back to the formation of Clydesdale in 1838.

The brand was retained when acquired by Midland Bank in 1920. Likewise, when Midland sold the Clydesdale to National Australia Bank in 1989, the brand survived.

The Yorkshire Bank brand dates back to 1859 while digital sub-brand, B, was launched as recently as February 2016.

The outlet represents the perfect example of what it termed by many a ‘phygital’ experience. In other words, a store featuring the latest technology that lets the branch bridge the physical and digital worlds.
The overall aim is to craft a seamless and integrated phygital experience.
The Manchester store offers space for consumers and SMEs to learn, work, bank and exercise. 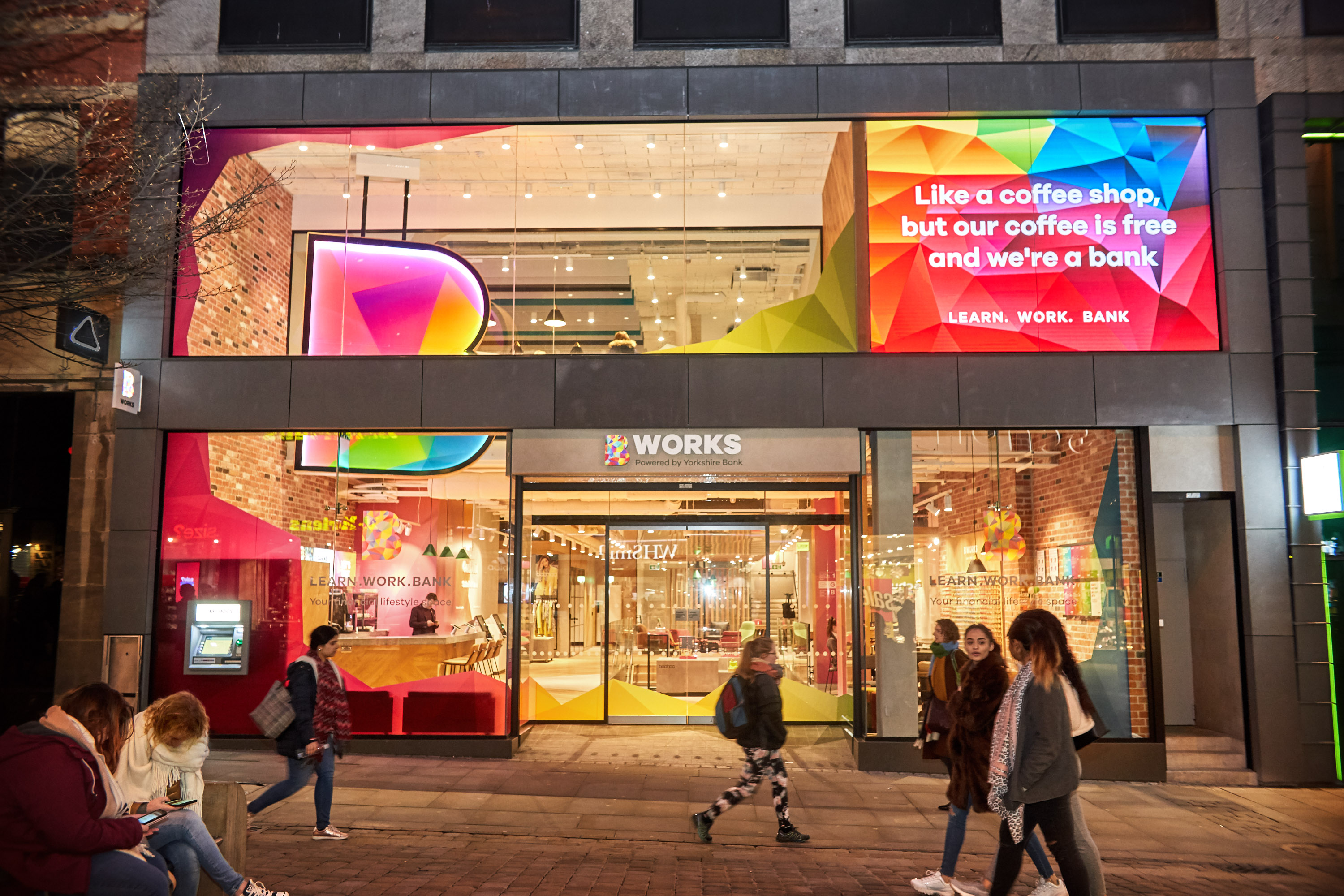