Covid-19 is hammering bank share prices with a mere eight banks out of the world’s largest 150 quoted banks posting a rise in their share price in the period from 1 January to 30 June. As Douglas Blakey reports, Deutsche Bank is, somewhat surprisingly given its recent history, among the banks in positive territory

Online trading and banking platform FinecoBank is also enjoying a strong first half. Shares in the Italian firm, spun out of UniCredit, are up by 13.3% in the first half. The share price at three Taiwanese lenders, Mega Financial, E Sun and Taiwan Cooperative are also in positive territory as is the case at Swiss-based Bank Cantonale Vaudoise and at Qatar Islamic Bank. 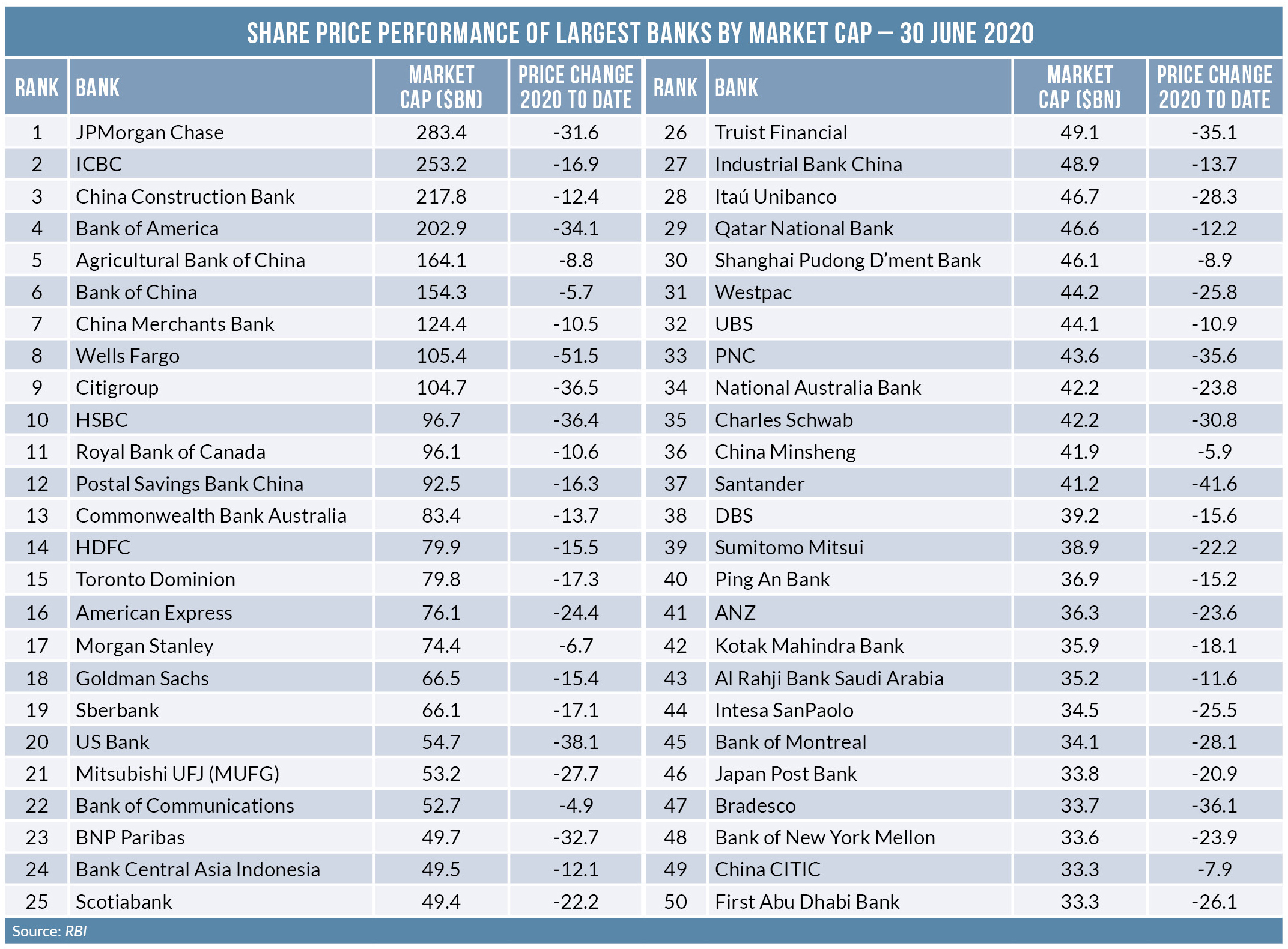 The strongest performing bank of note in the first half is India’s IDBI Bank. For the period 1 January to 30 June, IDBI’s share price is ahead by 37%.

IDBI ranks just outside the top 150 with a market cap of $7.1bn but its share price hit a 52-week high in June. The share price rise coincided with news that the bank was to sell more than one half of its stake in insurer IDBI Federal Life.

As to whether Deutsche Bank can maintain this progress is a regular topic of discussion among analysts with a near consensus that the bank will not hit its 2022 revenue or profit targets.

Fiscal year 2020 is likely to be the sixth year in a row that Deutsche reports a loss, with estimates of the loss ranging from around €1.5bn to €2.0bn.

But for once, as Deutsche wins plaudits for its strategy of more cost-cutting, job-cuts and scaling back investment banking, its share price is not among the list of biggest losers-talking of which. 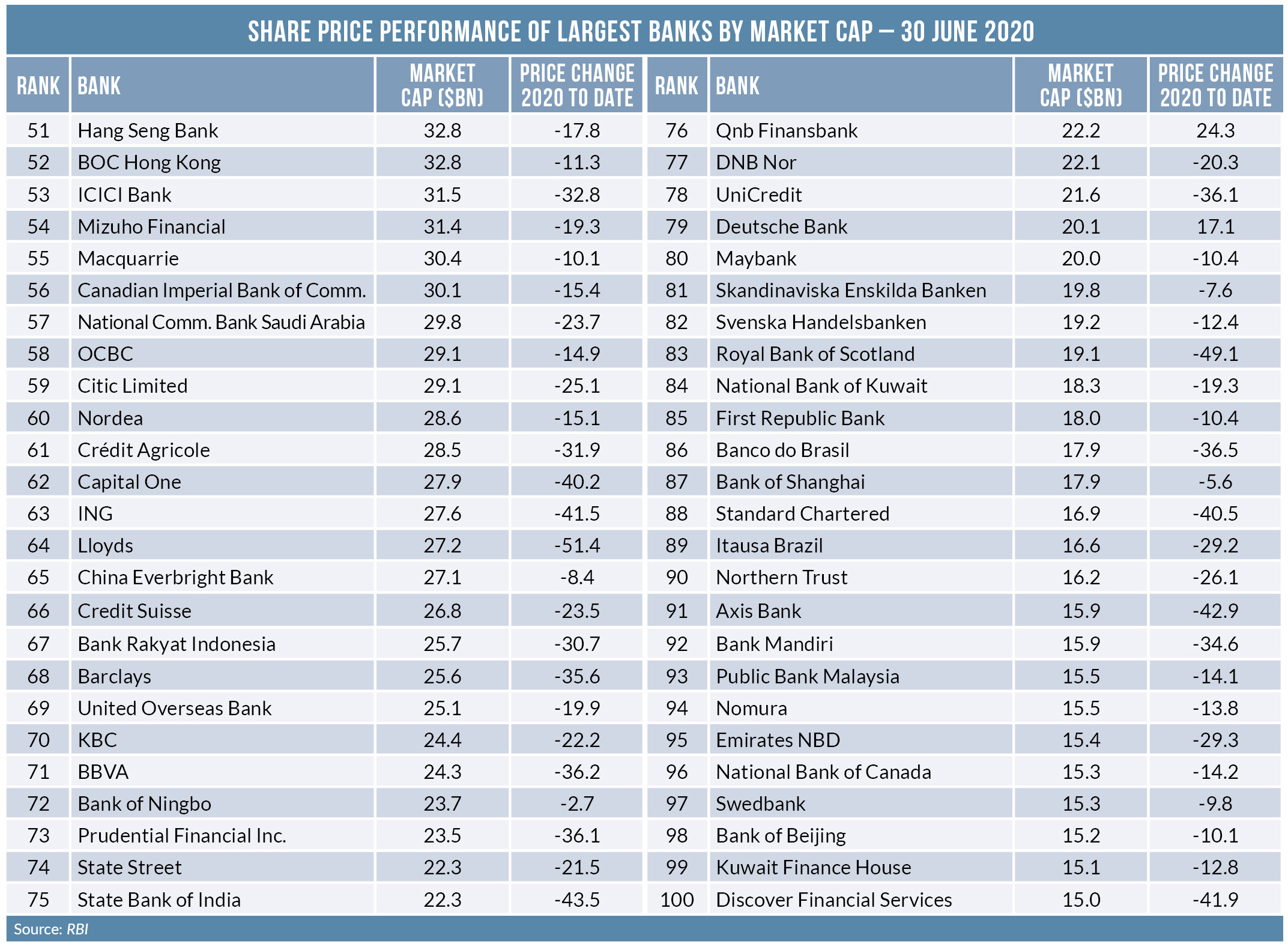 Wells Fargo wins the unwanted prize as the biggest loser for the year to date among the world’s major retail banks, down by 51.5%. But it is a close-run thing with Société Générale, down by 50.1% and now, surely temporarily, not even ranking in the top 100 banks by market cap.

In the UK, Lloyds and RBS are down by 51.4% and 49.1% respectively, in both cases their share price no doubt hammered in part by the Bank of England’s dividend policy. 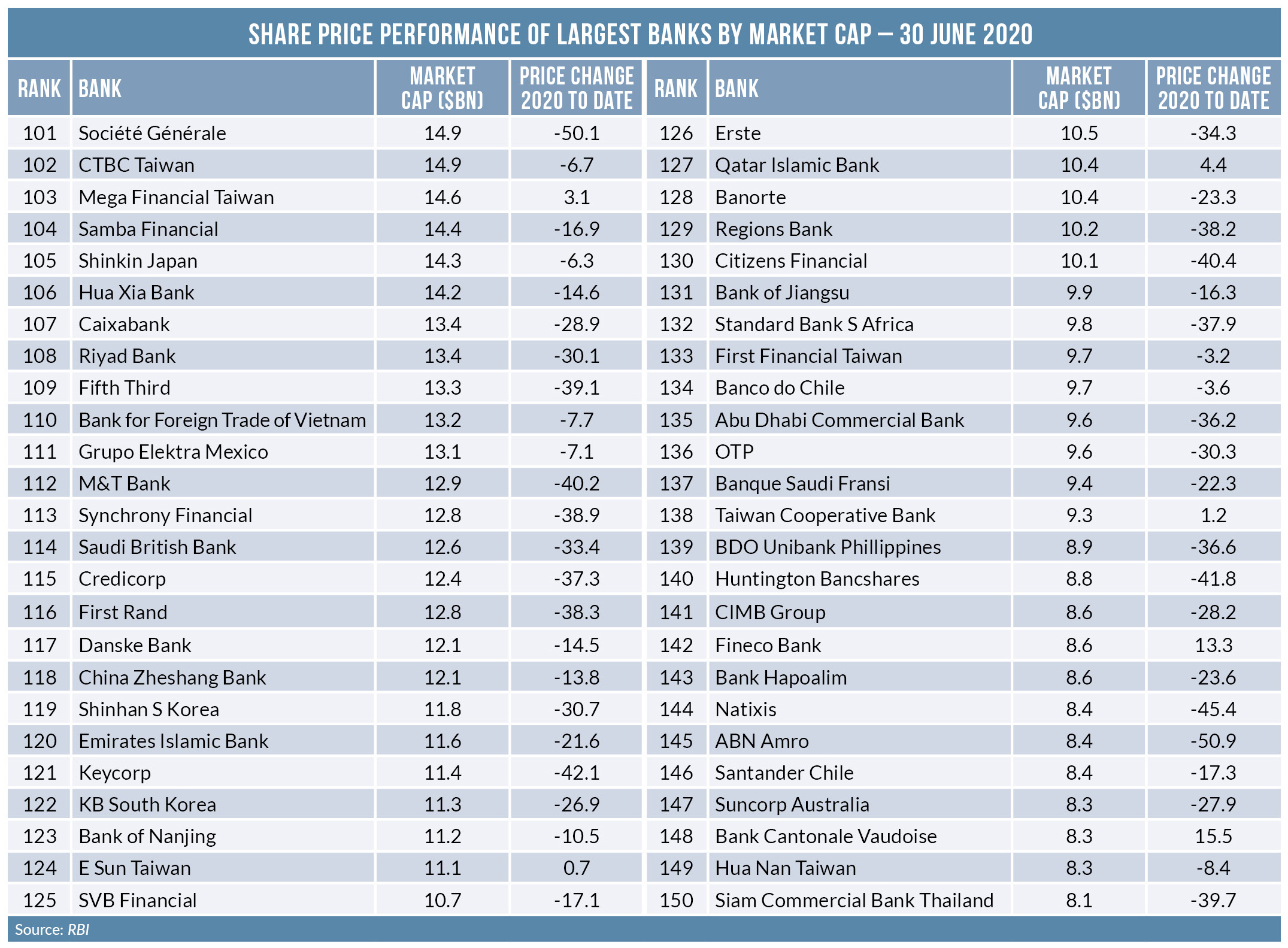