So by the crude measure of share price performance, 2019 goes down as a strong year for the banking sector.

In particular, 2019 is an outstanding year for shareholders in the largest US banks.

Citigroup leads the way among major US lenders with its share price ahead by 41.8% for the year to date.

But the world’s largest two banks by value, JPMorgan Chase and Bank of America also enjoyed a stellar 2019.

Both Chase and Bank of America share prices are ahead by more than 33%.

In your opinion, what presents the biggest operational challenge for FS providers in the COVID-19 crisis?

Elsewhere in North America, the major Canadian lenders are again in positive territory.

Arguably, National Bank of Canada, the smallest of the big six Canadian lenders merits a special mention.  For the first time, NBC ranks in the world’s largest 100 banks by value, with its share price +29.4%.

Once upon a time-pre the 2008 crisis-Royal Bank of Scotland featured prominently in the top 10 banks by market cap.

These days RBS limps along outside the top 50. But along with its peers Barclays and Lloyds, 2019 represents a welcome upturn for its followers.

Standard Chartered continues its recovery post-crisis with its share price +11.1%.

The world’s largest 100 banks by value contains a number of notable new names.

For example, exactly one year ago on 6 December 2018 Emirates NBD ranked 117th largest bank by market cap. Today, it ranks 91st with its share price ahead by +40% for the year to date.

US regional lender Keycorp also features in the top 100, up 22.3% YTD while Synchrony tops all of its regional peers, up 56.4%.

One year ago, Deutsche Bank limped into the top 100 in 99th place. Deutsche shareholders have endured another frustrating year, its share price down by 9.4% for a market cap of $14.9bn.

Deutsche now languishes as the 120th largest bank by value. 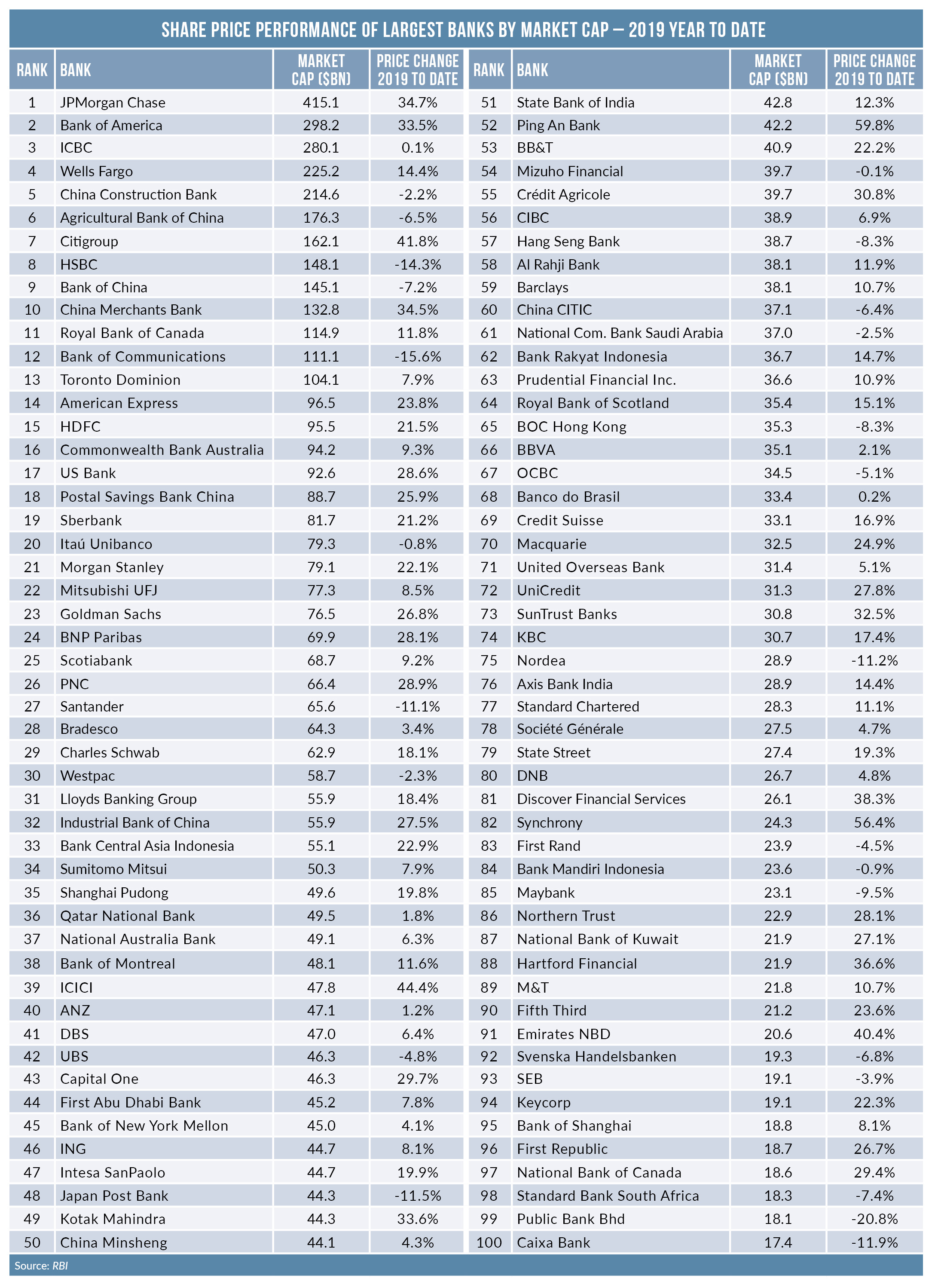