UK payday loan complaints across the financial services sector have soared to a five year high.

Consumers made more than 388,000 complaints this year. This is up 14% on the year before. The Financial Ombudsman Service stated that in total, they dealt with almost 1.7 million phone calls, emails and letters.

Many of the complaints were concerning worries about debt. On banking and borrowing alone, total complaints reached 149,933, signalling a need for change.

One of the fastest-growing types of fraud is authorised push payment (APP). This is where people unwittingly follow a fraudsters instructions to make a transaction themselves.

The report stated that, “we’ve reminded banks of their existing obligations to ensure that victims of fraud are treated fairly, as we’ve found that they haven’t always got this right.”

Although more victims of fraud are now getting their money back than last year, there’s still work to do. 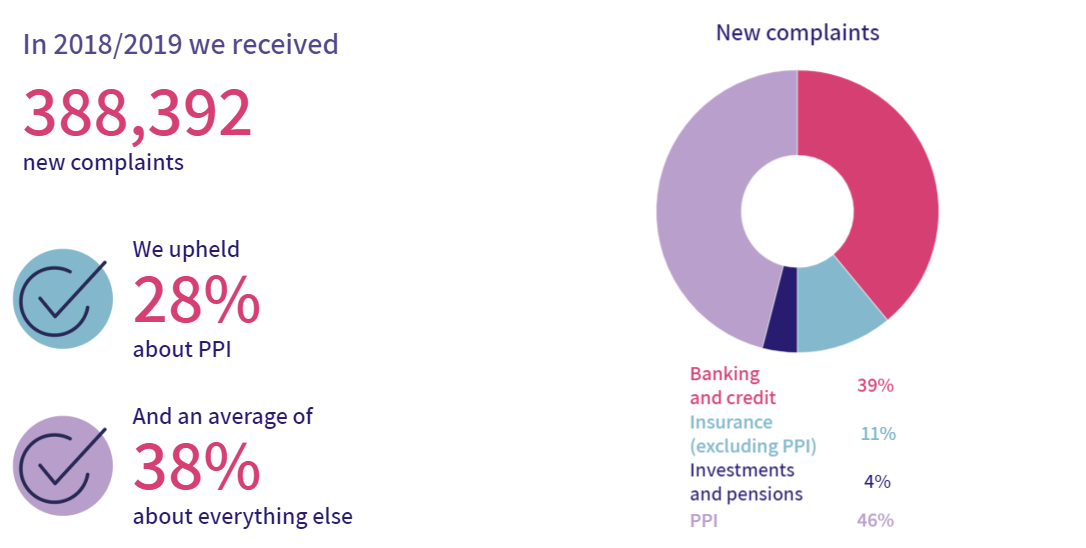 Some customers receiving loans may not be able afford repayments. The report highlighted that some consumers struggle with even 10 payday loans. That being said, financial companies still give them out.

“These are big numbers. One of the trends behind them is the rise in complaints about consumer credit products and services – which grew by a further 89%, following last year’s 40% increase. When PPI is excluded, they represented one in every three new cases we received this year.

“What we’ve seen in this sector has been unacceptable: in too many cases, customers have been left to struggle with unsustainable debt. Looking at short-term lending in particular, the proportion of complaints we upheld – around six in every ten – shows diligent lenders have been the exception. At the end of a volatile year that saw lenders collapse as a consequence of past unfairness, it’s vital that those remaining don’t allow history to repeat itself.”