Bank branch closures for the year to date total 336 outlets, a big decline on the pace of closures last year.

RBS NatWest was responsible for the largest branch closure programme in 2017, closing 517 branches.

In May, RBS finally confirmed the cancellation of its Williams & Glyn challenger unit.

This led to the initial closure of all but 118 of its RBS-branded branches in England and Wales.

Barclays retains the largest branch by brand with only 53 closures in 2018, leaving 1,155 outlets.

By group Lloyds’ branch network dominates the UK with 1,742 outlets. Its Lloyds branded network has inched down this year by 41 units to 926.

Lloyds remains vocal in its support for the physical channel despite its success in growing digital banking use.

Lloyds ended the first half of the year with almost 14 million digital customers, including 9.8 million mobile banking users.

Lloyds invested £3m in its first flagship branch last year in Manchester, the largest ever single investment in a UK branch.

According to Lloyds, the Manchester branch investment is already paying off. It reports 48% greater productivity than pre-launch together with a 14 percentage point rise in net promoter score.

By brand, Cooperative Bank has closed the largest percentage of its network in recent years.

Since late 2013, more than three in four Coop branches have closed. Coop kicked off 2018 with news of 27 branch closures, reducing its network to 68 outlets.

By contrast, Metro Bank remains on track to grow its current 58 branch network to 68 by year end.

Handlesbanken is another lender fully committed to the branch as part of a multi-channel strategy.

Handelsbanken’s UK network has grown quietly to 208 outlets with little fuss or fanfare from only 56 as recently as 2008.

Metro Bank and Handelsbanken do not just share a belief in the importance of the branch channel. Metro and Handelsbanken’s customer service drive consistently result in the highest NPS in the UK sector.

By that measure only Nationwide and First Direct come close to Metro/Handelsbanken. 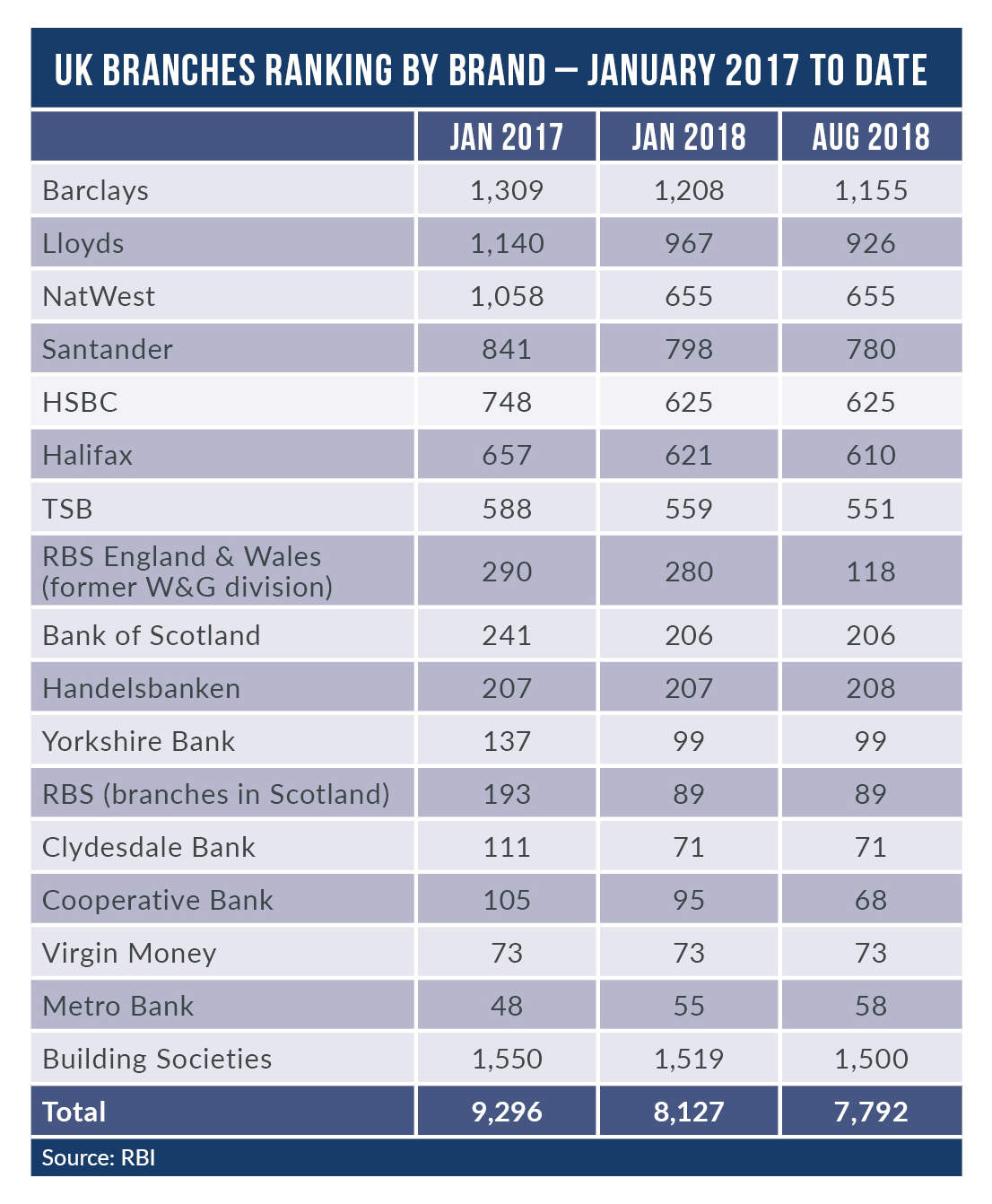