UK-based banking and financial services firm Virgin Money said it was closing 52 branches and cutting 500 jobs as part of its restructuring.

The challenger bank said it would completely scrap 22 branches, while it would consolidate a further 30 within one of its nearby locations. There will be roughly 215 jobs lost through the closure of 52 branches overall, the rest from central offices in Leeds, the North East and Scotland.

The company said “branches within half a mile of each other will be consolidated to eliminate duplication and create a national network fit for the future.”

“The decision to close branches is never taken lightly. The changes announced today are focused on consolidating branches as well as closing a number of branches to reflect changes to customer demand. As our customers change the way they want to bank with us, we are evolving the role of our stores.”

Lloyds said it would slash the equivalent of 780 full-time jobs this year across its branch network. “As customers are using our branches less often, we are reducing the number of roles across our branch network,” said a spokesman for Lloyds.

Direct Line has announced plans to axe 7% of its workforce. A spokeswoman for the company, which also owns the Churchill and Green Flag brands, said:

“Like many companies we are having to prepare for changes in the way we operate reflecting changing customer behaviour where people are increasingly opting to interact with us digitally.”

“Unite accepts that banking models constantly change and update but this doesn’t need to equate to walking away from community banking and the public who have been loyal to the bank.”

Doyle added that Unite has pressed Lloyds to reconsider these job cuts. He said the bank should “ensure that the bank remains rooted in the communities on which they depend for their long-term sustainability. There is no doubt that customers need experienced and highly committed banking staff in their communities and not just at the end of the phone or via an app.”

Over the past few years, bank and building society branches have been disappearing from Britain’s high streets at an accelerated pace. With use of online and mobile rising, fewer customers are visiting branches. 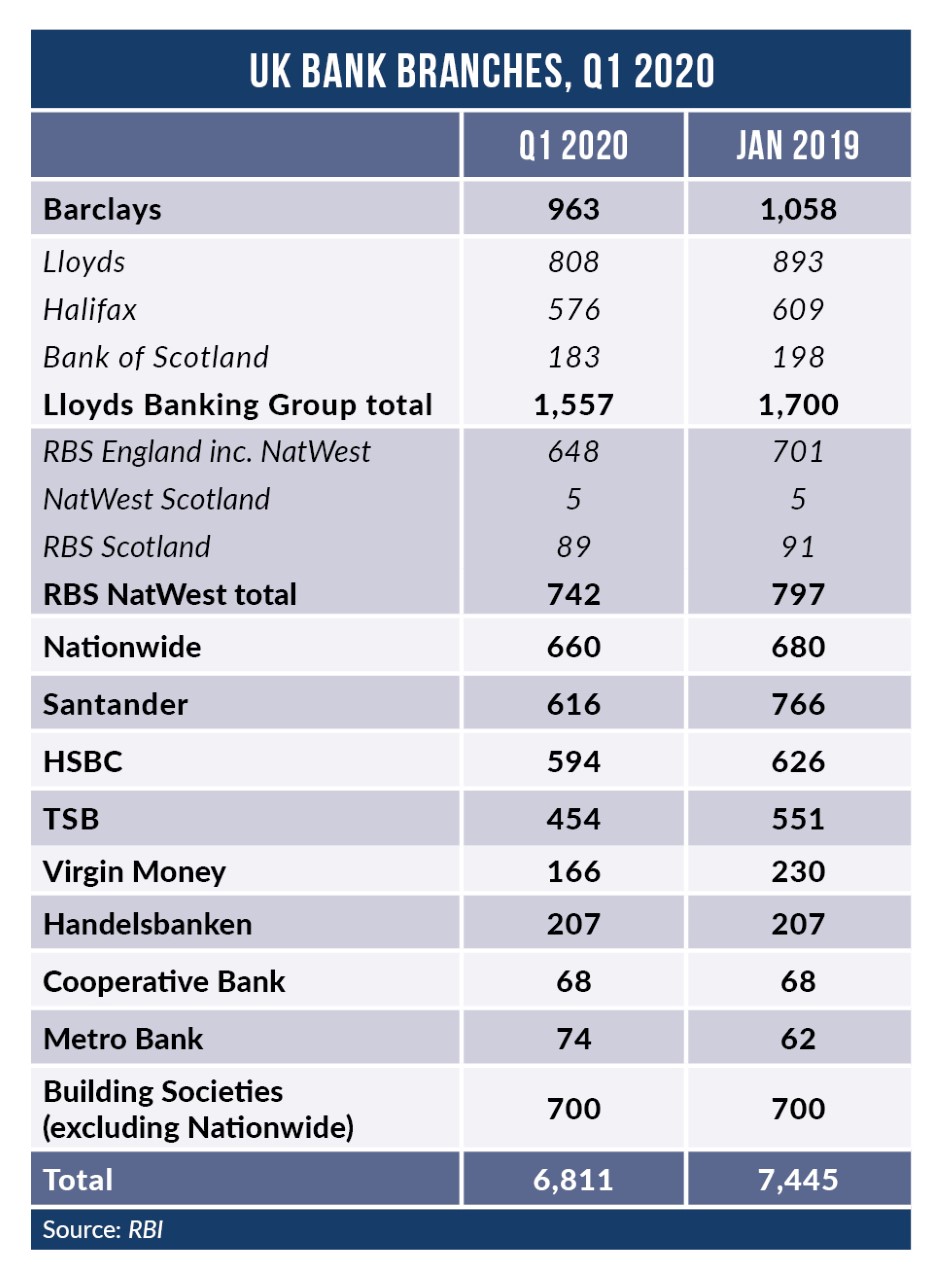