Further branch closure programmes announced in the second quarter by Santander, Lloyds and RBS will bring total UK bank and building society branches to below 8,000.

Royal Bank of Scotland/NatWest account for almost one-half of the closures announced in the past 16 months with 683 outlets set to close.

When all of the latest announced closures take effect, the UK’s 66.5 million population will have a branch penetration rate of less than 12 branches per 100,000, the third lowest rate in Europe.

According to estimates from Bloomberg, the number of German savings bank branches fell by 7% to 9,868 in 2017 while cooperative banks closed 5.8% of its branches to reduce its network to 11,108.

Even Denmark and Sweden, with around 15 branches per 100,000 have more branches per head of population than the UK. 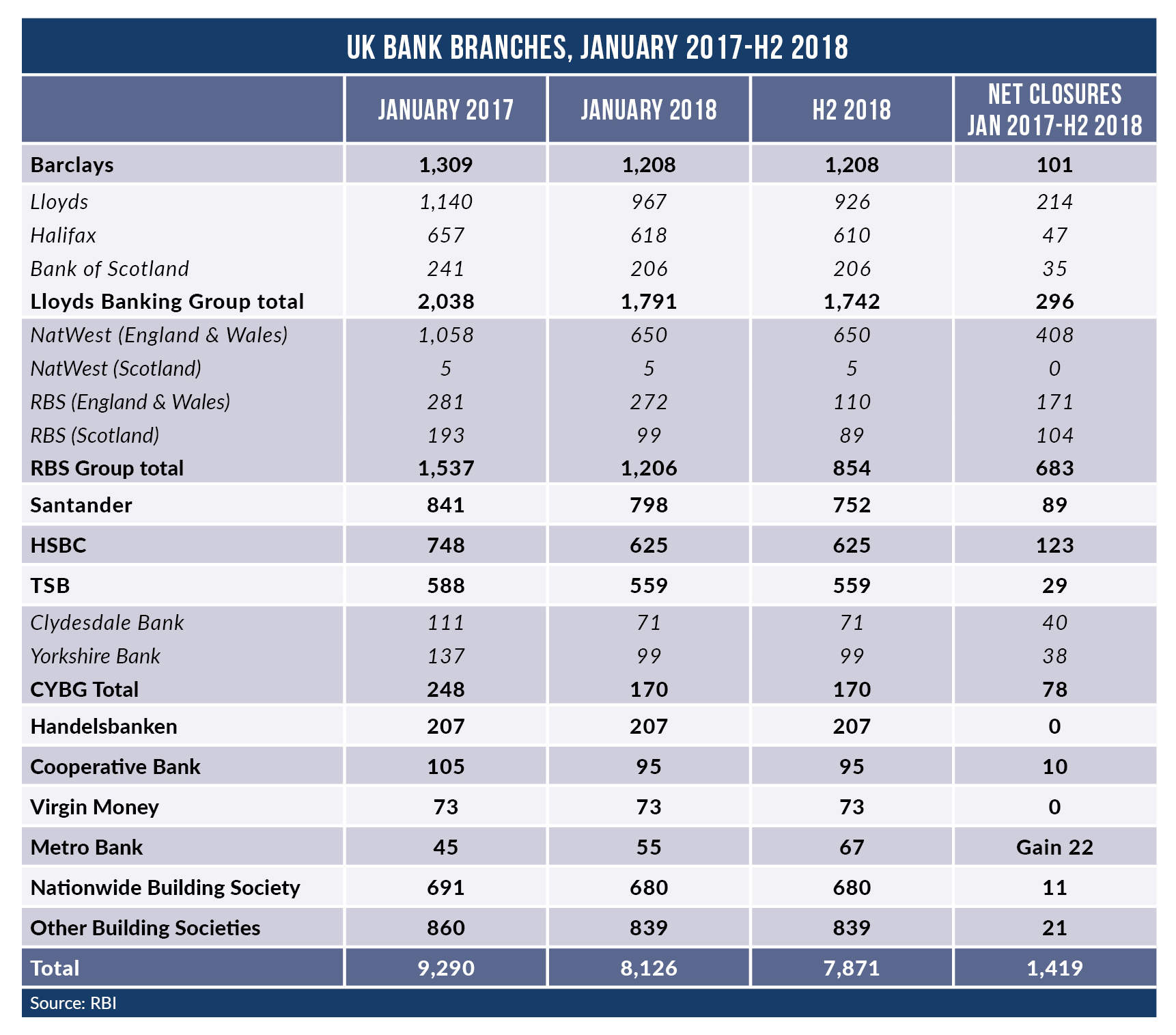