It seems nothing can stop the rising tide of craft beer from flooding the world.

And they’re far from the only ones. 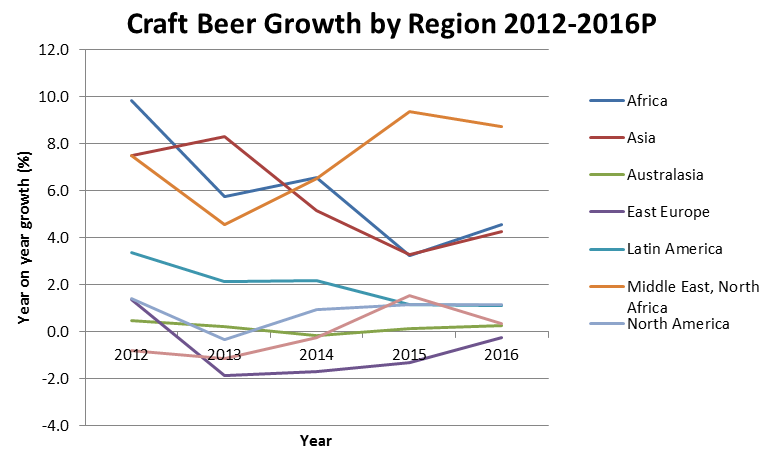 Craft beer consumption in Italy jumped by 32 percent in 2015 and 17 percent in 2016, thanks to growing consumer preference for quality and drinkers willing to spend more for better taste.

In Spain many producers are promoting the gourmet attributes of their craft beer, such as quality of the malts used in the brewing process.

GlobalData has forecast this trend will continue this year, with the rate of growth for this small segment much greater than overall beer trends.

In Poland craft beer rose by 16 percent in 2016 compared to a slight two percent rise for non-craft beer.

Additionally, in Russia beer volumes (excluding craft) have been in decline since 2015.

West Europe, helped by the UK’s continuing interest in craft beer, has struggled to keep growth in the non-craft beer segment, whereas craft volume has seen nothing but double-digit increase since 2011.