Tencent – the company that owns the social networks WeChat and QQ – has lost more than $26 billion from its market cap after issuing a margin warning.

The company announced plans to invest aggressively in video, payments, and artificial intelligence which is likely to put pressure on margins and impact short-term profitability.

Shares fell by 5% this morning in Hong Kong, where the company is listed. 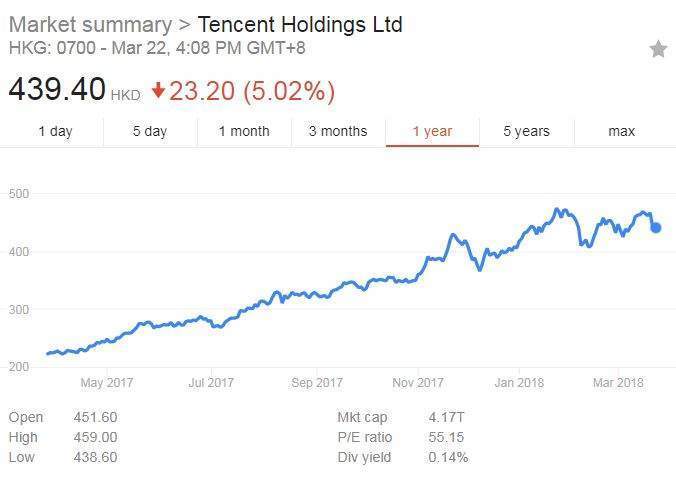 Martin Lau, the company president, said that these moves will provide a foundation for long-term growth.

That’s why for the year of 2018 we are planning to step up our investments in a number of key areas. These investments may negatively affect our near-term profitability, but will generate long term value and new growth opportunities for us.

The company will also venture into financial, retail and computing services.

Revenue at the company missed quarterly estimates by the largest margin in more than three years, according to Bloomberg.

Tencent is Asia’s most valuable listed company, with a market cap of around $535 billion. This puts it a number five in the world, behind Apple, Alphabet, Amazon and Microsoft.

According to analysts, Tencent’s gaming revenue was disappointing in the last quarter and average revenue per user is declining.