Verdict lists five of the most popular tweets on CEOs in Q3 2021 based on data from GlobalData’s Influencer Platform.

The top tweets were chosen from influencers as tracked by GlobalData’s Influencer Platform, which is based on a scientific process that works on pre-defined parameters. Influencers are selected after a deep analysis of the influencer’s relevance, network strength, engagement, and leading discussions on new and emerging trends.

Michael Saylor, chairman and CEO of MicroStrategy (MSTR), a publicly traded business intelligence firm, shared an article on how José Luis Ramón, a member of Argentina’s National Congress, submitted a bill that allows workers to get their full or partial salary in Bitcoin. Argentinians have been struggling with hyperinflation in the Argentine peso, making it impossible for them to save money, the article noted.

Research has further revealed that 48.7% of Argentinians have a bank account, while 78% had access to the internet. As a result, the new bill would facilitate more sections of the population to save wealth and afford better standards of living. Argentina is the second South American country after El Salvador to push for Bitcoin as a legal tender, the article detailed. 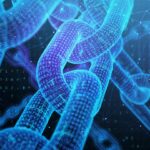 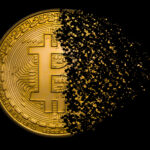 Jack Dorsey, CEO and co-founder of Twitter, shared an article on the company launching its first algorithmic bias bounty competition. The company stated that it shared its approach to identifying bias in their saliency algorithm, also known as the image cropping algorithm. It also provided the code for others to replicate from. The new initiative is part of the DEFCON AI Village, a community of hackers, researchers and scientists who educate on the use and misuse of artificial intelligence (AI). The new step will help incentivise the community to detect potential harms related to the algorithm as identified by them, Twitter announced.

The company further stated that it wanted to create a machine learning (ML) ethics-focused community, which will identify broader issues related to algorithmic harms, the article detailed.

Tim Cook, CEO of technology company Apple, shared an article on how Australian educators are using Swift, an open-source programming language developed by the company, to educate students in Queensland on app development skills. The state’s largest training provider, TAFE Queensland will be offering iOS app development with Swift starting October 2021. It is expected to be the only iOS programme co-developed with Apple instructors and engineers, the article detailed.

The App Store launch in 2008 encouraged the growth of the iOS app ecosystem, leading to about 160,000 app economy jobs in Australia, which has been increasing 10% a year since 2017, the article noted.

Love seeing how educators in Australia are using Swift to teach the next generation of app developers! https://t.co/hqcSdAs986

Nischal Shetty, CEO of the cryptocurrency exchange platform WazirX, shared an article on the Turkish Ministry of Treasury and Finance announcing a new bill that sets a minimum capital requirement for crypto businesses in Turkey. The bill will be presented to The Grand National Assembly of Turkey in October 2021. Deputy Minister Şakir Ercan Gül stated that the country required stricter regulations with respect to cryptocurrencies, and that the legal draft defines the types of crypto assets, policies and conditions required to be fulfilled by crypto platforms to prevent money laundering activities and protect consumers.

The article further noted that crypto asset firms will be scrutinised by the Turkish Capital Markets Board (SPK), while the Banking Regulation and Supervision Agency (BDDK) will audit the different crypto participants.

Anyone from Turkey here? What do you think of this development? https://t.co/nXRNMshve7

Rachel Tobac, CEO of SocialProof Security, an information technology and services company offering vulnerability evaluation and penetration testing services, shared an article on Twitter’s account security report, which revealed that just 2.3% of its users used multi-factor authentication (MFA) between July and December 2020. The social networking company maintained that its two-factor authentication (2FA) method is supported against all attacks and can prevent attackers from logging into any account without additional authentication. Twitter supports 2FA methods including intimating the user via security keys, cited to be the most secure method, an authentication app, and an SMS or text message, the article detailed.

Twitter’s security report highlighted that 9.1% was the percentage change in the number of active users adopting the 2FA method to secure their accounts over the period. Additionally, 79.6% of its users preferred to receive an SMS, 30.9% used an authentication app, and 0.5% used security keys for verification purposes during the period.

In our Infosec circle we hear people talk about multi-factor authentication as if it's obvious but the reality is very different. Twitter released their numbers — only *2.3%* of Twitter users had any MFA method enabled during this reporting period. https://t.co/08MQORUv5Q pic.twitter.com/CWmYIT2Otb