Russia’s largest lender Sberbank shares are down 50.4% hitting its lowest price in six years, while VTB shares dived by 51.6%, to an all-time low. And that is just for the week commencing 21 February, the week of the Russian invasion of Ukraine.

Meantime, Tinkoff’s London listed shares are down by 43%; indeed the Tinkoff share price is down by 61% since peaking last November, for a current market cap of $7.2bn. Founded in 2006 by Russian entrepreneur Oleg Tinkov and listed on the London Stock Exchange, Tinkoff Bank has been one of the shining stars of global digital banking.

It is a rare reverse for Tinkoff Bank and Oleg Tinkov; his personal wealth is down by an estimated $2bn. It caps a bad four months for Tinkov. Specifically, last October he was sentenced by the US for a tax conviction arising from a scheme to evade tax while renouncing his US citizenship.

The Tinkov plea deal cost him $508.9m, more than double the sum he had sought to evade and that was due to the US Treasury.

The Group is currently developing the Tinkoff ecosystem, which offers financial and lifestyle services.

Moreover, Tinkoff Bank is one of the few start-up digital neobank challengers actually making a profit. That all resulted in a deserved win for Tinkoff Bank as RBI’s European Retail Bank of the Year at RBI’s 2020 global awards.

As recently as 16 February, Tinkoff claimed another Russian first, with the launch of digital mortgage loans with the process taking place entirely online, from paperwork to credit issuance.

Only last December, George Chesakov, Tinkoff’s International Expansion Lead, gave RBI a video interview to discuss why it is now the perfect time for Tinkoff to launch internationally.

Tinkoff has set aside $200m to lay the foundation for ambitious international expansion plans.

Tinkoff applied for a banking licence in the Philippines in October and is exploring potential launches in the future into African and South American markets.

Russia is the second largest user of SWIFT, after the US. Banning Russian lenders from SWIFT is a welcome and serious blow to the Russian government as no debt or trade finance payments can now be made by sanctioned Russian firms. 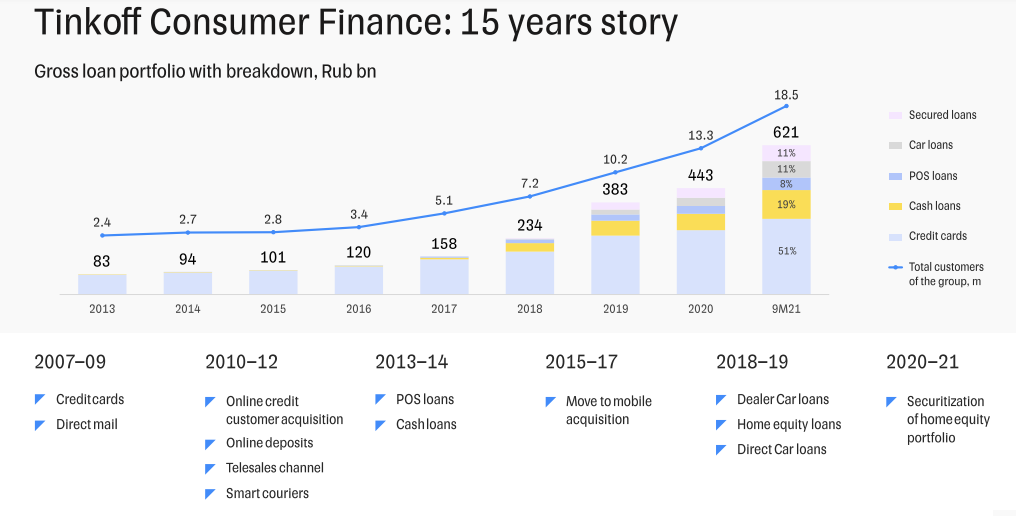 Tinkoff at home: a collapsing rouble and a shrinking consumer market

Until and unless Russia sees sense and can be permitted back into SWIFT, Russian lenders can forget about international expansion.

Closer to home, Tinkoff faces challenges from the inevitable collapse in the price of the rouble. The local consumer market will shrink. Goods will not be imported easily as Russian importers will find it harder to pay for them. Expect to see a slowdown in growth, if not a material reverse in Tinkoff’s domestic metrics.

Data, insights and analysis delivered to youVIEW ALL 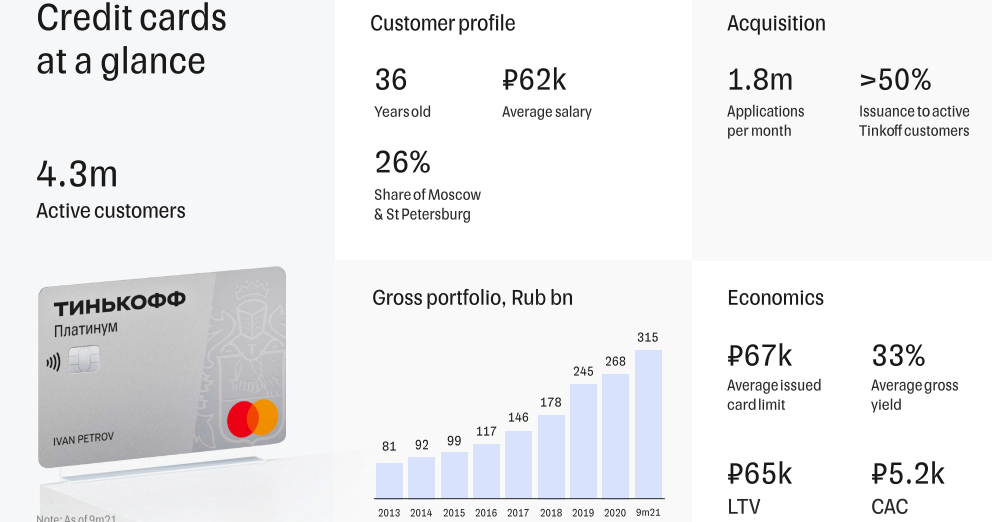