Tesco, the UK’s largest retailer, beat forecasts for its full-year profit this morning as its recovery gained pace.

The supermarket’s sales, profit and asset values have been hammered in recent years by changing shopping habits, the rising popularity of German discounters Aldi and Lidl, and an accounting scandal in 2014. But the company has been fighting back under chief exec Dave Lewis.

Here are four charts from Tesco’s results presentation that highlight its changing fortunes.

1. The brand is back

Tesco is working hard to stand out in what is becoming an increasingly crowded market with what could very soon become cash-squeezed customers.

It wants to offer value but also a higher quality of service than the discounters — not an easy balancing act.

After it’s accounting scandal brought its brand low in 2014, Tesco’s managed a full recovery and is now sitting not far off its competitors. 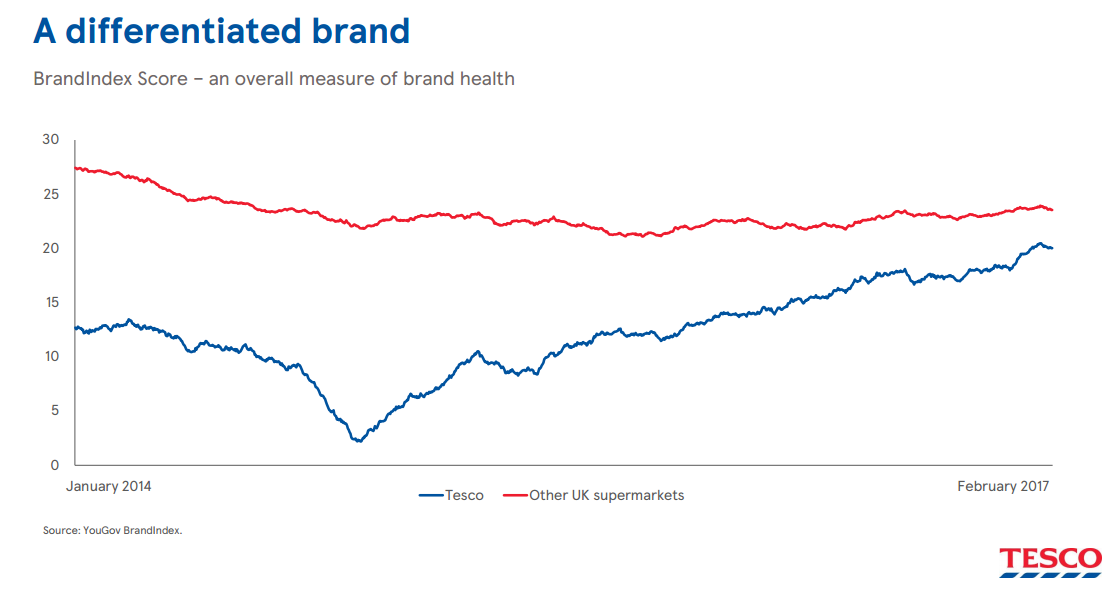 Gone are the days when Tesco was interested in international expansion.

After a failed push into Europe and a worse one into the US CEO Dave Lewis wants to get his house in order before any thought of expansion overseas crosses his mind. 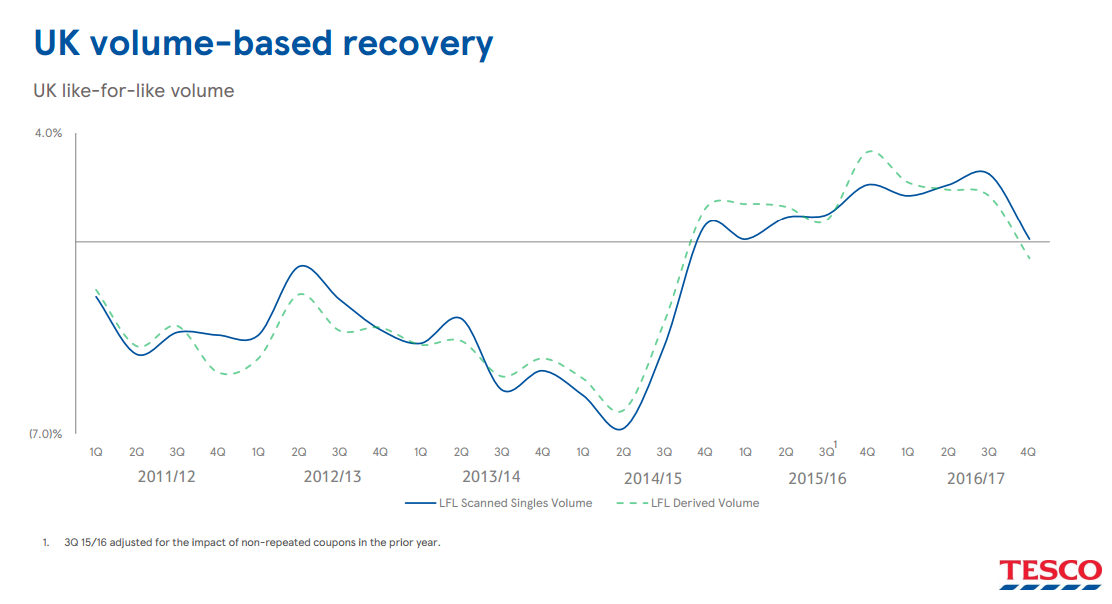 Tesco’s debt has been a worry for the grocer as the value of its brick and mortar stores have deteriorated, however investors will be generally happy this is now moving in the right direction.

Keep an eye on that pension deficit, however. 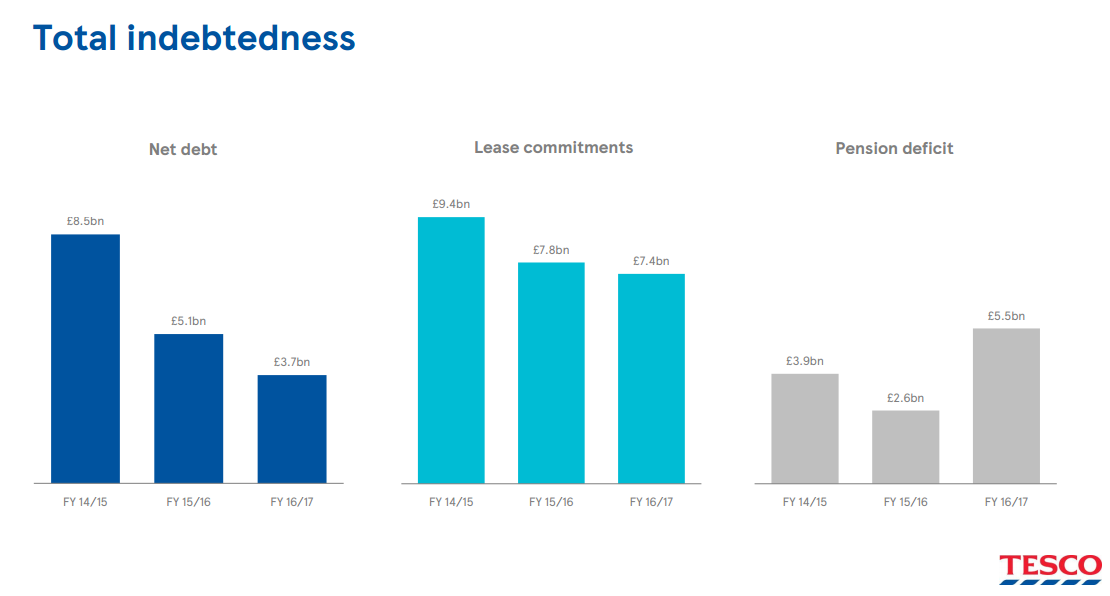 4. The money’s going on existing business

Tesco is spending on getting its existing business in shape before thinking about growing its footprint. 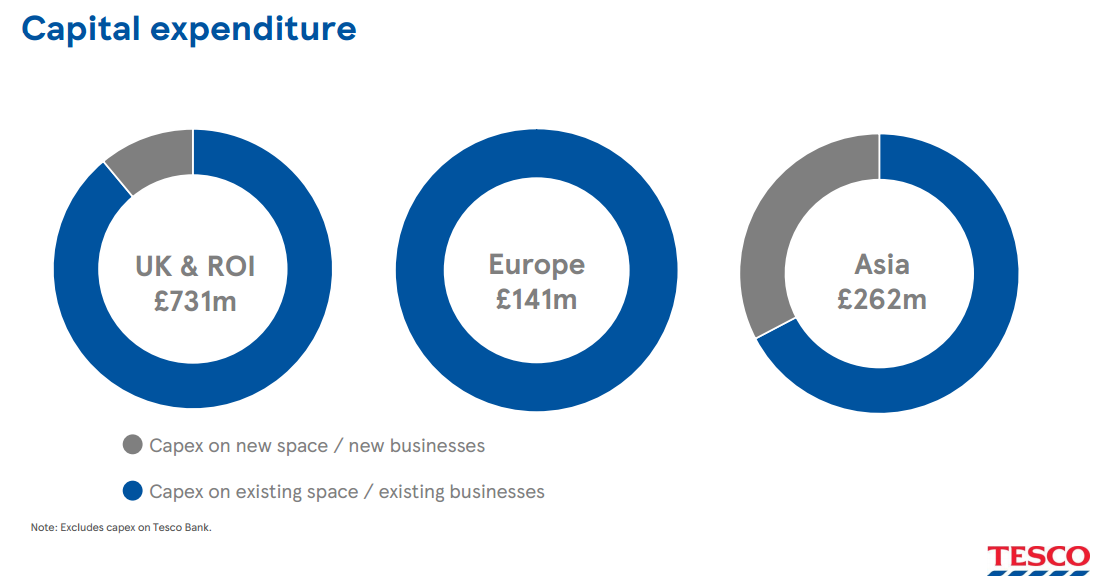