Wedged somewhere between lunch and dinner, afternoon tea wormed its way into the British day in the 1800s and has stuck around since.

Traditionally, the mini-meal consists of finger foods, such as quarter cut sandwiches, scones, cakes and pastries. It provides that boost of energy to see you through to dinner time. As the name suggests, it is always accompanied by a pot of tea.

Afternoon tea isn’t quite as popular in the home as it once was. However, it remains popular in restaurants around the world.

Given that it is Afternoon Tea Week, it’s the perfect time to treat yourself to an afternoon tea to remember.

They might be a little way away from home, but these restaurants offer the very best teas with a view.

At.mosphere offers their take on tea time from the 123rd floor of the Burj Khalifa, the world’s tallest building.

At.mosphere’s high tea menu includes a range of berries, cream and savoury delights, paired with a selection of teas and pastries.

The menu is nothing out of the ordinary, but the view makes At.mosphere a special afternoon tea spot. From the ground, numerous skyscrapers tower above you, but at the top of the Burj Khalifa, visitors are provided a rare aerial view of Dubai. 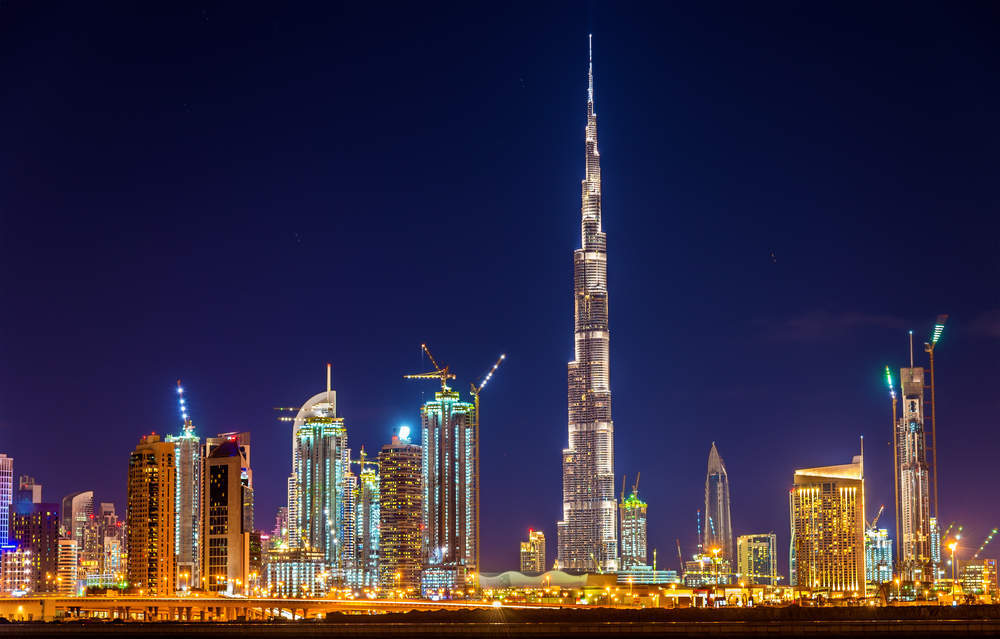 The Burj Khalifa towers over Dubai

The Shanghai skyline is rapidly changing, as the city continues its climb upwards. The Shanghai World Financial Center no longer towers above the rest of the city, having been surpassed by the Shanghai Tower as China’s tallest structure, but it still offers an incredible view of one of the world’s tallest cities.

The architectural spectacle is topped by a Park Hyatt hotel. It is currently the second tallest hotel in the world, occupying the 79th to 93rd floors of the tower.

Park Hyatt Shanghai houses a range of eateries, but for afternoon tea you will need to head to the Living Room. Where China meets the West, Park Hyatt’s chefs cook up a range of pastries and savouries to enjoy while you take in the view.

Aptly named Café 103, due to its location on the 103rd floor of the International Commerce Centre, this eatery offers hungry sightseers a bird’s-eye view of Hong Kong. As Hong Kong’s tallest building, there are no better options.

Located inside the Carlton-Ritz, otherwise known as the world’s tallest hotel, Café 103 offers a relaxed setting, with buffet style meals.

However, tropical tea is their speciality. Made by award-winning pastry chef Franck Michel, afternoon tea at the International Commerce Centre offers a range of tropical fruits and delightful desserts. 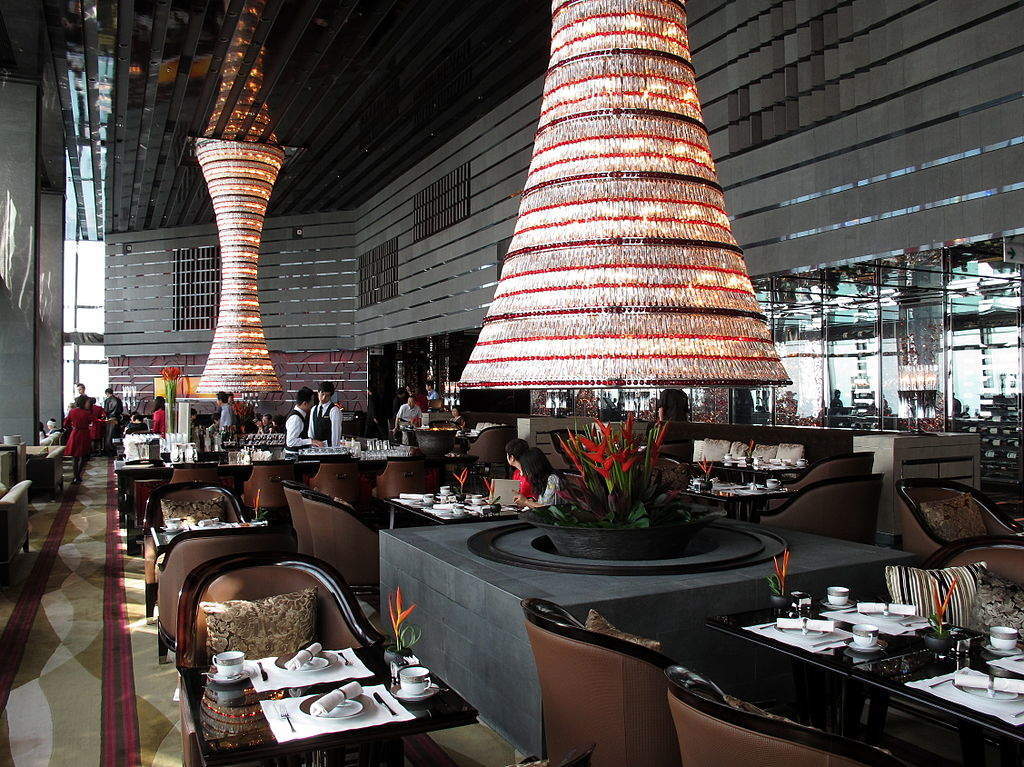 Spread over 33 floors, there are seven different dining experiences available to guests at the sky-high hotel. However, for afternoon tea you will need to head to the 70th floor to The Atrium.

Aside from an incredible view of Guangzhou, China, The Atrium also offers a selection of tea-time snacks. There are England classics, such as sandwiches, as well as Asian-inspired nibbles such as turnip cake.

Likewise, Four Seasons sources teas from around the world to provide a wide selection of flavours.