Short-term letting company Airbnb made a spectacular market debut as its shares more than doubled to give it a valuation exceeding $100bn.

The initial public offering (IPO) raised $3.5bn for the company, which allows guests to book rooms or entire buildings for short-term stays via the Airbnb app.

On Wednesday the San Francisco headquartered firm priced its shares at $68, raising it from an initial range of $56 to $60 due to strong demand.

Shares opened on the tech-focused NASDAQ on Thursday at $146. Frenzied trading saw Airbnb’s share price hit a high of $165 before settling at $144.71 when markets closed. 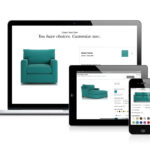 This makes lossmaking Airbnb the most valuable hospitality company in the world, surpassing the $42.74bn valuation of the largest hotel chain, Marriott International.

It has also proved lucrative for the venture capitalists that backed the startup, which include Sequoia Capital and Peter Thiel’s Founders Fund.

Airbnb hosts who were allowed to invest in the IPO also saw their money double in just a few hours.

Airbnb IPO: From air mattresses to a pandemic

The Airbnb IPO marks a dramatic change in fortunes for the company, which launched in 2008 when its founders began renting air mattresses in their San Francisco apartments.

For 12 years it has disrupted the hotel industry and grown into a hospitality juggernaut. Despite strong revenue growth it is yet to turn an annual profit.

Instead, it prioritised expansion, with more than 4 million hosts based in over 100,000 cities around the world now listing properties on the Airbnb platform.

The company fell out of favour with many of its hosts earlier this year when it forced mass cancellations due to the coronavirus pandemic.

However, Airbnb was able to turn a profit in the third quarter of this year following cost-cutting measures. In May it laid off 25% of its workforce and cut marketing spend for the rest of the year. It was also given an emergency $2bn cash injection from private equity.

It has sought to reposition its business for those looking to holiday nearer to their own home. Bookings more than 500 miles from the booker’s home have dropped 48%, while those less than 50 miles away are up 17%.

“I don’t think this summer too many people expected to see an Airbnb IPO this year,” Chesky told Reuters in an interview.

“We were planning on going public, we put our IPO on hold and this has been the most unbelievable journey. It’s been quite a comeback for our hosts and for what I hope will be travel.”

A blockbuster year for tech IPOs

The Airbnb IPO follows hot on the heels of loss-making food delivery company DoorDash, which went public on Wednesday with a $39bn valuation.

Veteran Wall Street analyst David Trainer described it as the “most ridiculous IPO of 2020” and that the public offering “holds no value”.

Airbnb hit its remarkable valuation despite warning in its IPO prospectus that it may never be profitable.

Against the backdrop of the coronavirus pandemic, the Airbnb and DoorDash IPOs reflect a year of contrasting fortunes.

While many organisations have struggled due to lockdown measures – especially traditional bricks and mortar businesses – technology companies have seen revenues and valuations soar.

This has helped to create an environment where demand to invest in the next rising technology company has outstripped supply.

In September cloud-data storage firm Snowflake made its market debut with a $33bn valuation, making it the largest software IPO in history.

Airbnb’s mega valuation makes it the biggest tech IPO of 2020.