Another day, another drama at the BBC. This time they’re in trouble over an issue of impartiality after a Radio 4 interview with Lord Lawson.

Lawson, a former chancellor under Margaret Thatcher, was on the show to talk about climate change. He was responding to an appearance by former US presidential candidate Al Gore.

Gore had appeared on Radio 4 to talk about his new documentary about climate change. In it, Gore points out some of the dangers of climate change and global warming. Lawson took to the radio to argue that the opposite was true.

During his time on the airwaves, Lawson said “official figures” showed the world had cooled slightly in recent years.

In fact, we make point that there should be NO debate any more about climate change. We (the world minus Trump/Lawson et al) have moved on.

Why does the BBC continue to give Lawson air time when all scientists agree that man-made climate change is a fact? #r4today

Sad to hear @BBCr4today giving airtime to fact-free climate denier Nigel Lawson yet again. Argument that this is "balance" is just wrong.

I agree with @jimalkhalili . Irresponsible and highly misleading to give the impression that there is a meaningful debate about the science. https://t.co/HtqJf9sBFW

Lord Lawson, talking through his hat on #climatechange again. Why #r4today? https://t.co/x0etynRSrZ

Did I just hear Nigel Lawson say we don't subsidise fossil fuel energy? If so he is lying#r4today

#R4Today: Let's bring in Lord Lawson to talk about Climate Change
Me: pic.twitter.com/JYZGcacqSd

It’s important to note that leading agencies including the UK Met Office, Nasa, the Intergovernmental Panel on Climate Change, along with the vast majority of scholars in the field have totally refuted all of Lawson’s claims.

As physicist and broadcaster Jim al-Khalili said “there should be NO debate any more about climate change”.

The scientific consensus is as widely accepted as evolution, quantum physics, or gravity.

However, in a statement today, the BBC defended their choice to invite Lawson onto the show, saying that they did so for reasons for balance:

The BBC’s role is to hear different views so listeners are informed about all sides of debate and we are required to ensure controversial subjects are treated with due impartiality. This split segment started with an interview with Al Gore, at 0710 and at twice the length of Lord Lawson’s interview, and concluded with Fisher Stevens responding after Lawson, who as chairman of the Global Warming Policy Foundation had set out their position on the economics of subsidising green energy. It was introduced by our environment analyst who will be examining some of the claims further on tomorrow’s programme.

Impartiality and the BBC

But why does the BBC need to provide balanced arguments? What are the BBC’s rules about impartiality?

Each department in the BBC has its own rules regarding impartiality, laid out in the publicly accessible BBC Editorial Guidelines. These are guidelines made by the BBC in accordance with Ofcom, the body who supervises all media content in the UK.

On a very basic, legal level, Ofcom exists to ensure that all content on television and radio is impartial and doesn’t influence public opinion in one way or another.

The general principles are as follows:

It would seem that the fourth point stating that “no significant strand of thought is knowingly unreflected or under-represented” answers the question of why the BBC felt it had to be impartial on the issue of climate change.

However, on the other hand, in their introduction, the BBC makes clear that they are obligated to provide ‘due impartiality’.

The word ‘due’ is important here as the BBC explains in their introduction:

The term ‘due’ means that the impartiality must be adequate and appropriate to the output, taking account of the subject and nature of the content, the likely audience expectation and any signposting that may influence that expectation. Due impartiality is often more than a simple matter of ‘balance’ between opposing viewpoints. Equally, it does not require absolute neutrality on every issue or detachment from fundamental democratic principles.

One might argue that issues like climate change are not due impartiality because the scientific consensus is behind them.

If the consensus of experts says that climate change exists, is it adequate and appropriate to include the unsupported opinions of a denier? Could doing so constitute ‘detatchment from fundamental democratic [or scientific, we might add] principles?’

Dominic Ponsford, editor of the Press Gazette, described the issue as one of ‘false balance’:

The BBC is required by law to be balanced and impartial. Some argue that allowing climate change sceptics on [the airwaves] leads to false balance because the weight of scientific opinion is so strongly in favour of man made climate change.

This begs the question as to whether science needs to be balanced. Unlike areas such as religion, art, or culture where debate can be had, science does have right and wrong answers.

Certainly, there is some flexibility in the ‘rules’ of the universe as new discoveries are made, but surely to doubt scientific consensus would begin to unravel everything we know about the world. Is then then due impartiality to represent disbelievers in gravity, time, and matter onto science programmes?

These are extreme examples but they illustrate the point.

One of the reasons why this particular story garnered so much attention was the weight it was given. Due impartiality is one rule that governs the BBC’s output, and due weight is another.

According to their guidelines on due weight, the BBC say they do not have to represent opposing views in equal proportion. In a line that seems directly relevant to this case, they write:

“Minority views should not necessarily be given equal weight to the prevailing consensus.”

Part of the problem, then, might be that the BBC allowed Dawson to speak about his unsubstantiated opinions at length. His opinions were given ‘weight’ by the time allotted for him to speak about them. Some would argue they shouldn’t have been given such time.

So what is a controversial subject? Well, this is what the BBC say in their guidelines:

“4.4.6 In determining whether subjects are controversial, we should take account of:

There are a number of passages on controversial subjects that are worth referencing in this particular case:

When dealing with ‘controversial subjects’, we must ensure a wide range of significant views and perspectives are given due weight and prominence, particularly when the controversy is active. Opinion should be clearly distinguished from fact… In addition, we must take particular care and achieve due impartiality when a ‘controversial subject’ may be considered to be a major matter. ‘Major matters’ are usually matters of public policy or political or industrial controversy that are of national or international importance, or of a similar significance within a smaller coverage area. When dealing with ‘major matters’, or when the issues involved are highly controversial and/or a decisive moment in the controversy is expected, it will normally be necessary to ensure that an appropriately wide range of significant views are reflected in a clearly linked ‘series of programmes’, a single programme or sometimes even a single item. 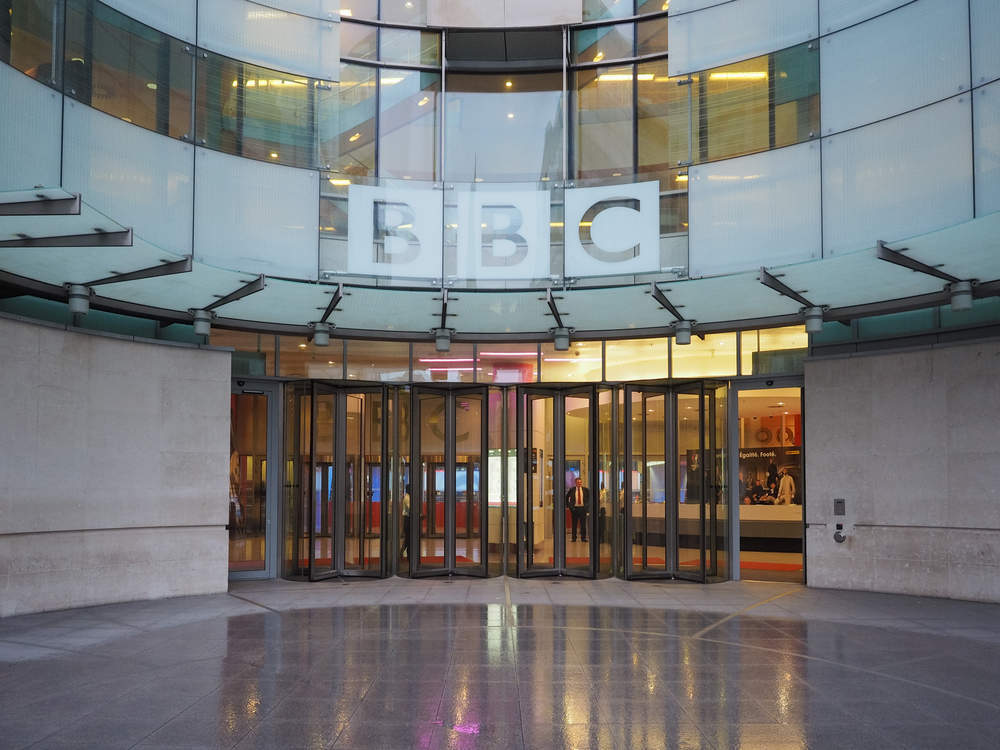 Another issue in the coverage is that some would argue that opinion was not clearly distinguished from fact.

Instead, the idea is that climate change, despite being the scientific consensus, was presented as opinion rather than fact. The outrage stems from this confusion of terms.

How much of a general scientific consensus needs to exist before a scientific opinion is considered factual?

Well, the BBC guidelines have answers there too! And it’s here that we come to the root of the issue:

“There are some issues which may seem to be without controversy, appearing to be backed by a broad or even unanimous consensus of opinion. Nevertheless, they may present a significant risk to the BBC’s impartiality. In such cases, we should continue to report where the consensus lies and give it due weight. However, even if it may be neither necessary nor appropriate to seek out voices of opposition, our reporting should resist the temptation to use language and tone which appear to accept consensus or received wisdom as fact or self-evident.”

Again, the issue is one of whether to accept a consensus as fact. How much evidence is necessary before consensus is fact? Will consensus even be accepted if it is proved? It appears, for climate change at least, the BBC still thinks there is a way to go before the consensus can be accepted. In their approach to this story they seem to have treated climate change as a ‘generalisation’.

Ponsford’s personal opinion (in the interest of balance, of course) on this debate was thus:

“Personally I think the furore over dissenting opinions like Lord Lawson could lead to censorship. BBC journalists and editors should be free to allow dissenting voices on to programmes. No one has a monopoly on the truth.”

The issue of censorship is a huge problem in journalism and it will always be a problem. How does one decide which opinions can be excised and left out?

At the heart of this issue is the contentious relationship between science and society. How should the world react to scientific consensus when politicians and influencers like Lawson and Trump deny it? What does it mean to be ‘factual’?

Science and society are inextricably linked and they always will be. In the face of issues like climate change, we need solutions to the problem of how to report on them.