Bong, bong, bong… if you’ve ever spent any time in London, chances are you’ll have heard the sound of Big Ben booming across the capital every hour on the hour.

But for the next four years, Londoners will be deprived of the iconic sound of Big Ben’s chimes as the bell is silenced for restoration work.

The Elizabeth Tower which houses the Great Bell, popularly known as Big Ben, is the most photographed building in the country.

It’s a location that tourists flock to, one of the sights most associated with Britain. But for the next few years, it’ll be just that, a sight and nothing more.

The decision to silence Big Ben is one related to health and safety. A spokeswoman for the parliamentary authorities who maintain the Elizabeth Tower said:

The chimes are being stopped to provide a safe environment for the people working on the scaffolding. Constant proximity to the chimes would pose a serious risk to their hearing, and would prevent efficient working. People will be working on the scaffolding day-in day-out throughout the works, and, while protective headgear could be provided, it is not desirable for individuals working at height to have their hearing obscured as there is concern the ability to hear each other and any alarms could be affected.

The bells will be silenced by locking the striking hammers. The clock will also be disconnected from the bells, so don’t worry, the Elizabeth Tower will still tell the time!

The clock tower’s final bongs until 2021 will take place at noon on Monday 21st August.

The public is being encouraged to head down to Parliament Square to celebrate the historic moment.

Once this event has taken place, work can begin in earnest. The work itself is going to be pretty extensive too. All the following refits and updates are going to be taking place:

According to the extensive Q&A posted on the official parliament’s website, Big Ben will continue to chime on special events, so New Year or any significant royal events might elicit a bong or two.

Still, for many Londoners, tourists, and visitors, the silence of Big Ben will be a real disappointment. 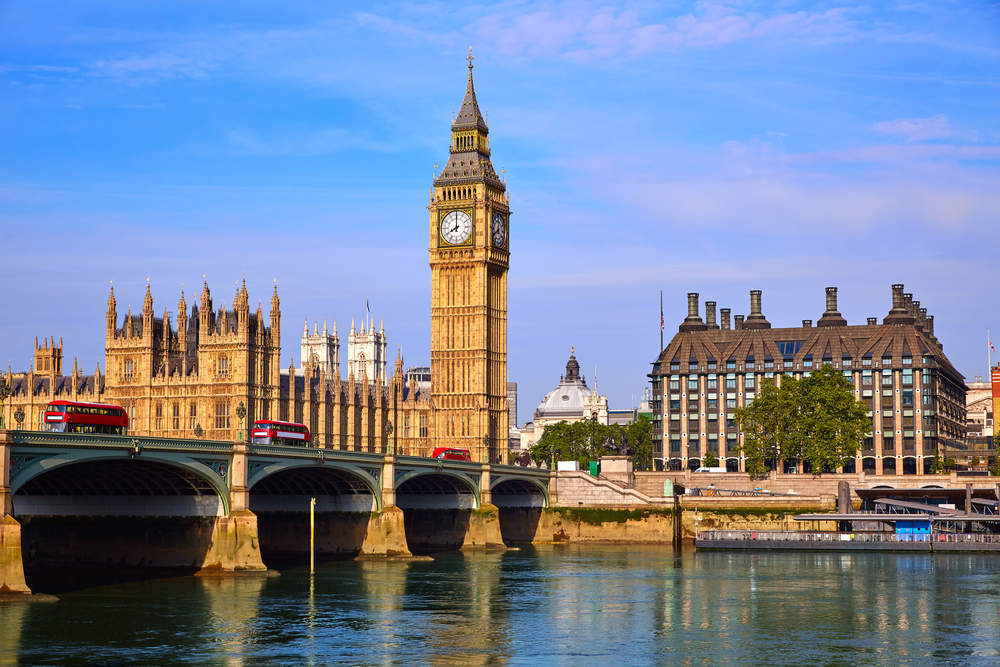 Other landmarks around the world that might disappoint tourists:

While Big Ben silenced will no doubt be disappointing, it wouldn’t be the first monument that has been covered in scaffolding for a bit of TLC. In a world where Instagram is king, tourists flock from far and wide to see the landmarks and not all of them are quite as awe-inspiring as you might hope!

This one has been under restoration for years. The Acropolis Restoration Project started in 1975 and it’s still going on to this day. While there’s no denying that the Acropolis is one of the most awe-inspiring relics from the ancient world, you’ll be hard-pressed to take a photo that doesn’t contain at least some scaffolding.

The world’s most famous work-in-progress. Construction began 135 years ago and it’s still not quite finished. The church was designed by Antonio Gaudí and it’s hoped that it might be finished by 2026, the centenary of his death. Until then though, you might have to put up with a bit of scaffolding.

This landmark has been through a lot. After never receiving an inauguration due to some tense political affairs in Malta, it partially fell apart in 1978. In 2017 the fountain was completely taken apart for repairs. The 3 bronze Tritons who give their name to the fountain are so badly deteriorated that they’d be gone forever if they weren’t repaired.

It might not be under renovation but it’s still disappointing. If you’ve never seen the Statue Of Liberty you might assume it’s a massive, imposing monument as tall as a skyscraper. In reality, it’s a lot smaller. At 46 metres tall (and standing on a 47 metre plinth) Lady Liberty is pretty tiny as statues go. She doesn’t even make it into the top ten biggest statues!

The Leaning Tower Of Pisa, Pisa

Okay, sure, it’s a leaning tower. Once you’ve got that classic photo of you trying to hold it up, there’s not much else to do. Sure you could climb up it, but the cost far outweighs the reward. In fact, local authorities are trying to save the tower by making it lean less, and their efforts are working. Maybe one day it’ll just be called the Straight Tower Of Pisa and it’ll be incredibly dull.

The Middle Of The World in Ecuador might purport to be on the equator but it is, in fact, not at all. The real equator runs several hundred yards to north, so there’s an entirely separate monument there. Aside from all the garish stuff associated with normal tourist traps, this one isn’t even what it purports to be.

Hans Christian Andersen’s famous tale immortalised in statue form has become a symbol of Copenhagen. Unfortunately, like the Statue Of Liberty, there’s not a lot of it. The statue is roughly life-size at 1.25 metres in height so it’s quite disappointing in reality.

The Walk Of Fame, Los Angeles

They’re literally just plaques in the floor. Plus, the Walk Of Fame itself is actually in a pretty seedy part of Hollywood. You’ll find plenty of people charging you to take pictures with them and not much else. And if you try to take photos no doubt someone’s feet will make an appearance.