The sovereign, a cryptocurrency that is set to be official legal tender of the Republic of the Marshall Islands, is getting its own blockchain banknotes to allow paper transactions with the currency.

The sovereign (SOV) is the world’s first decentralised digital national currency, and once issued will become official legal tender of the archipelago alongside the US dollar.

Sharing a border with the Federated States of Micronesia, the Marshall Islands is an equatorial nation in the Pacific Ocean.

Developed by blockchain smart card wallets maker Tangem, the blockchain banknotes are being introduced to allow all citizens of the country equal access to the digital currency, without needing access to the internet.

It will also remove the need for additional infrastructure to be introduced to enable businesses to accept the digital currency.

“We are excited to partner with the Republic of the Marshall Islands to do something that has never been done before: issue a digital currency as official legal tender,” said Andrey Kurennykh, co-founder of Tangem.

“As the IMF has noted, the world is moving towards the widespread adoption of digital currencies, and we are excited to support the birth of the new global digital economy.”

“We are excited to bring in Tangem as another reputable and forward-thinking partner on our journey to create the world’s first sovereign digital currency,” added Minister David Paul, Minister-in-Assistance to the President of the Marshall Islands.

“Tangem will help us ensure all citizens, including those living on more remote outer islands, are able to easily and practically transact using SOV.” 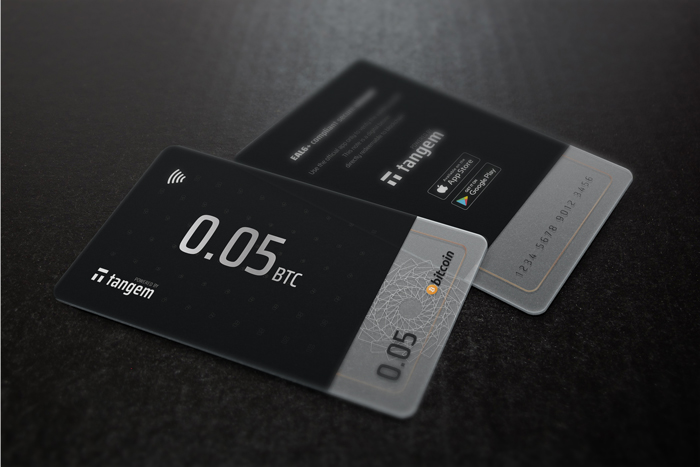 A mockup of the blockchain banknotes using leading cryptocurrency Bitcoin

What makes a blockchain banknote?

The SOV blockchain banknotes are designed to resemble traditional banknotes, but with a hard plastic finish.

This is because they are embedded with a blockchain-enabled microprocessor that will allow them to be used like a cryptocurrency.

This includes the same transparency, security and decentralisation found in conventional cryptocurrencies, but with the added benefit of a transferrable physical form.