The pound has been pushed to its highest level against the dollar since the UK voted to leave the European Union in June 2016.

Sterling hit highs of $1.437 in early morning trading, beating its previous peak in January this year, being strengthened against the dollar by expectations of an interest rate hike by the Bank of England, as well as worries about the greenback.

Meanwhile, the pound also strengthened against the euro, reaching €1.1582, its highest level since May 2017.

The pound fell sharply following the Brexit vote, hitting $1.2068 in January of last year but has since staged a recovery. 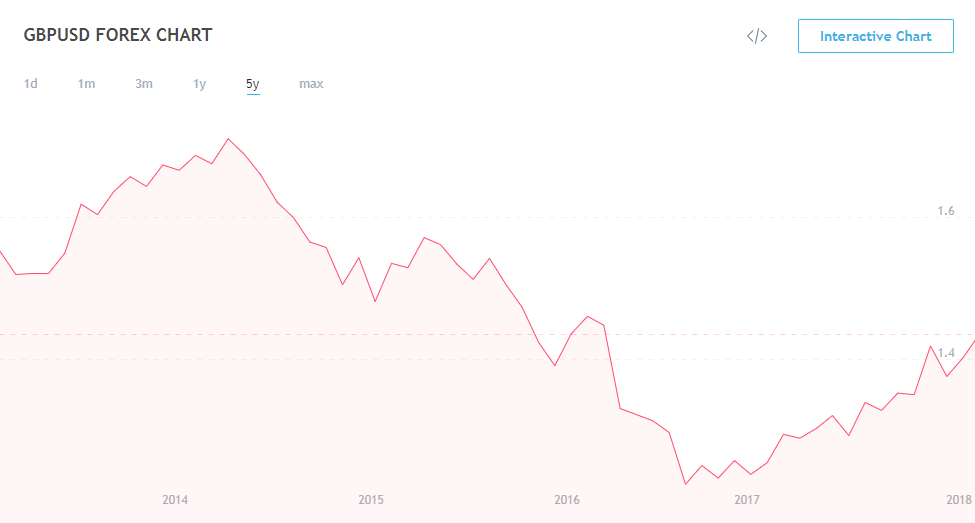 Whilst the dollar has remained relatively stable as it started trading for the new week, flows into the Japanese yen, the traditional safe haven currency have increased. The USD/JPY has fallen steadily across the Asian session and is looking to target 107 in the near term.

Expectations that the BoE will raise interest rates, growing hopes about a Brexit deal between the UK and the EU, and fears of a trade war putting pressure on the US dollar have all been major drivers of sterling’s gains in the last week.

The UK’s better than expected economic performance in the last 18 months has also boosted sterling in the first quarter of 2018.

Since the Brexit vote, the weakness of sterling has driven up the cost of imports, pushing inflation higher and squeezing household finances, as well as profit margins for struggling retailers.

But manufacturers have been helped by the pound’s weakness, which makes British-made goods more competitive globally.

Last week Viraj Patel, currency strategist at Dutch bank ING, said that ‘2018 is very much a different Brexit trading environment for the pound’, calling it the ‘darling of the currency world’.