UK-based Darktrace was founded in Cambridge in 2013 and is now reportedly eyeing an initial public listing (IPO) on the LSE as early as this month, according to sources speaking with Sky News. The company is expected to issue its intention to float within the next week or so.

However, the news comes mere days after food-delivery app Deliveroo bungled its public listing, which saw its value plunge by over 26% within the first day of trading.

As a consequence, investors are expected to be more cautious about UK-based tech listings in the future, which has reportedly prompted Darktrace to adopt a more conservative approach to its IPO, according to the Sky News report.

The more careful approach could see Darktrace seek a lower valuation than the $5bn valuation market analysts and experts have previously expected.

Darktrace is using artificial intelligence (AI) to detect, investigate and respond to cyberattacks in real time. The startup is not alone in doing so.

Over the past decade, more investment has been made into AI technology within the cybersecurity space. While the total value of AI cybersecurity investment dropped from $34.5bn in 2018 to $7.2bn in 2019, it slightly recovered to $29.3bn in 2020, according to GlobalData’s Technology Intelligence Centre.

Cloud-based technology investments are still the most popular though, with GlobalData’s thematic data showing that this segment of the cybersecurity sector raised $41bn in total in 2020. 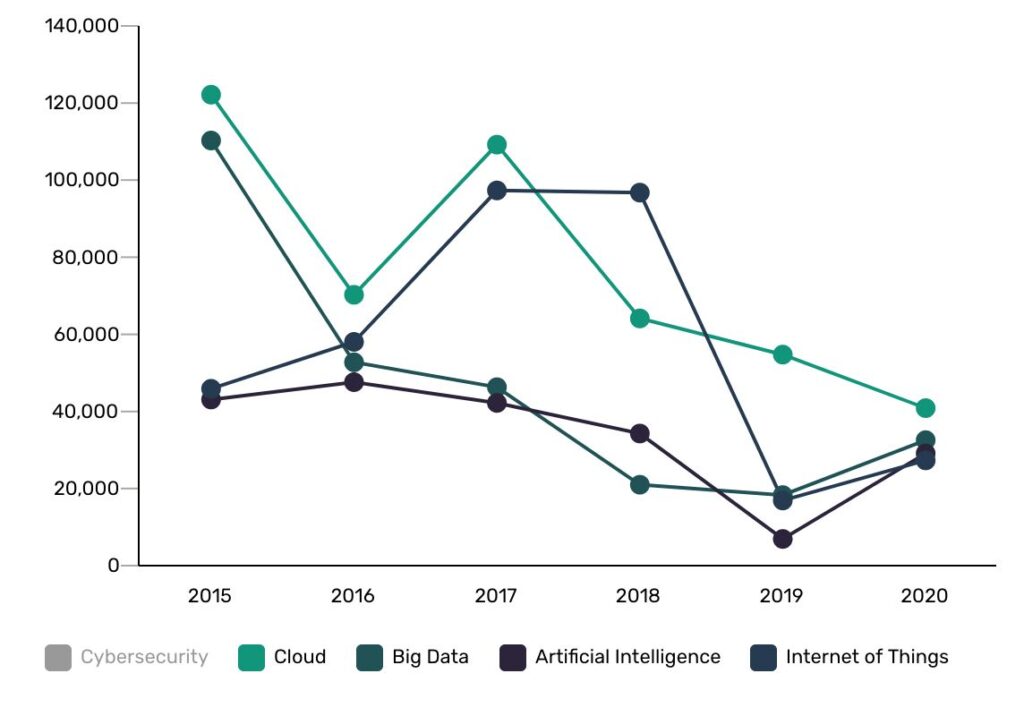