US president Donald Trump’s “America first” policy could derail the retail sector, not just in the US but beyond.

Last month, the Republican leadership of the House Ways and Means Committee, the country’s chief tax-writing committee, proposed a 20 percent border adjustment tax (BAT) on all imported goods, as part of an effort to cut corporate tax from 35 percent to 20 percent.

As it stands, the corporate tax rate in the US is the third highest in the world.

Supporters of BAT, including house speaker Paul Ryan, insist that an import tax would boost the value of the dollar and generate $1trn over the next decade, which would go towards slashing the corporate tax rate and eliminating levies on all US exports.

Big American companies who predominantly export their goods from the US strongly support BAT because they stand to gain from it.

Unlike import-dependent retailers, they don’t need to worry about BAT destroying their bottom lines.

The “American Made Coalition,” a group of over 25 major US exporters, including General Electric, Boeing and Oracle joined together earlier this month to campaign in favor of the 20 percent tax on imports to the US.

However, at least eight Republicans in the Senate have expressed concern about whether BAT will be beneficial to the US economy.

Trump has not yet indicated whether he will support the proposal in its entirety but in a recent interview with Reuters, he said he “certainly” supports “a form of tax on the border.”

And during his first week in office, he defended the possible introduction of an import tax on Mexican goods to cover the costs of building a border wall with Mexico, supposedly boosting the US manufacturing sector in the process.

In practical terms though, US manufacturing won’t suddenly experience a boom, reducing the country’s reliance on imported goods overnight.

It takes time to see the effects of a shift in emphasis to domestic production.

It could be years before US factories can produce goods at the same low costs as countries like China can. 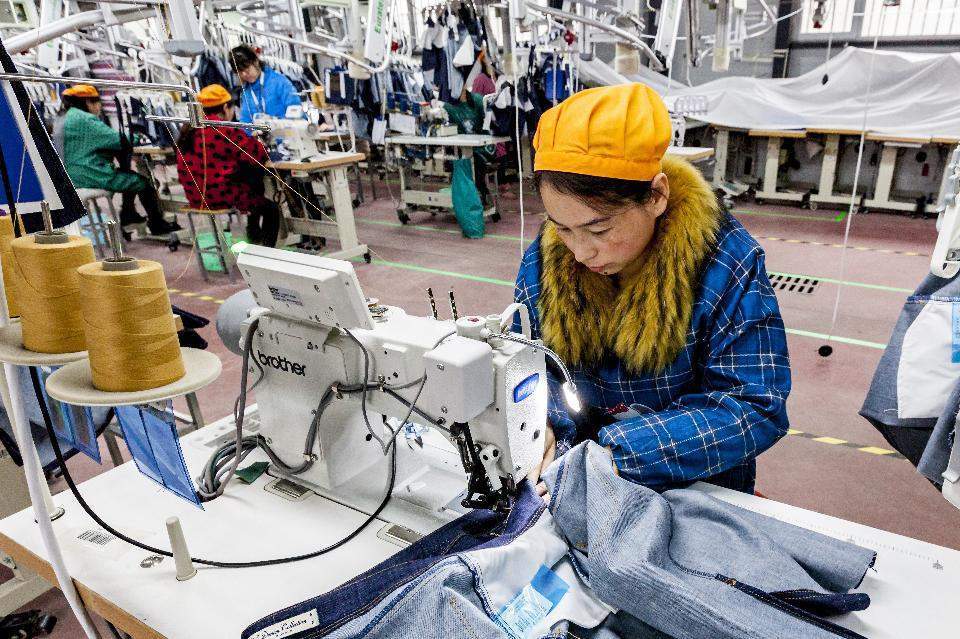 A textile worker at a factory in Huaxian County, in China’s northern Henan Province

Factory workers in China currently earn about $27.50 a day, while their American counterparts are paid an average of $20 an hour.

Factory workers in Indonesia and Vietnam make as little as $8.60 and $6.70 per day respectively.

In short, competing with cheap labor in Asia will be a real struggle for the US.

“The presumption is that American manufacturers would be the beneficiaries but assuming that efficient, high-quality, American-made options exist in every single product category, from grocery to fashion to consumer electronics is quite a stretch,” Carol Spieckerman, author of Navigating Retail From Now to Next tells Verdict.

What’s more, a lot of manufacturing jobs have been lost to technology, rather than offshoring — and automation is not something an import tax will be able to reverse.

“The whole attack on imported goods in Trump’s world is a way of putting US manufacturing back to work, but what he’s not taking into account is that manufacturing jobs weren’t lost because a factory moved to Mexico or Malaysia — they were lost to automation,” Doug Stephens,  founder of Retail Prophet, a Toronto-based retail advisory company tells Verdict.

“Those manufacturing jobs aren’t just going to come back,” he adds.

The US kissed goodbye to about 5.6m manufacturing jobs between 2000 and 2010 — but about 85 percent of those jobs were taken by robots, according to a study by the Center for Business and Economic Research at Ball State University.

“Frankly, there are no domestic options for manufacturing,” said Robb Giammatteo, executive vice president of the New Jersey-based Ascena Retail Group. “So the potential job loss is very real.”

If, in the coming months, the Trump administration does introduce BAT, US retailers will either have to absorb the extra costs themselves and suffer a profit hit or pass those costs on to consumers by increasing prices.

From avocados to electronics and cars, everything sourced overseas could end up being more expensive for the average American.

In 2015, more than 2m Mexican-made vehicles were sold in the US, according to the International Trade Administration.

Last year, the US imported a staggering $2.252trn worth of goods from all over the world.

Retailers, particularly small to medium-sized ones, may not be able to cope with what an import tax would do to their existing business models and supply chains.

Some industry experts insist that even big, established retailers will suffer.

“The tax will have an impact on all retailers no matter the size,” Andrew Busby, a UK-based retail analyst tells Verdict. “In the case of Best Buy, a 20 percent import tax could turn their net income of $1bn into a $2bn loss.”

Last month, Trump met with chief executives of some the biggest retail chains in the US, including Best Buy, the consumer electronics corporation and Target, the country’s second-largest discount store.

“At Target, we believe that anything that raises prices for families is not a good idea for America,” the company said in a statement issued after the meeting. “If enacted, …[it] would have profound implications for our guests and business,”

Target is the second-biggest importer of foreign goods in the US after Walmart, the discount department store headquartered in Arkensas, which occupies the top spot.

About 97 percent of all clothing and shoes sold in the US are imported, meaning that the proposed import tax could dent the company’s revenues significantly and others in the apparel sector.

“The border adjustment tax, for us, is a concern,” Brett Biggs, CFO of Walmart said last week.  “Clearly anything that would potentially raise prices for our customers in the US is a concern for us.”

Big physical retailers, including Walmart and BestBuy, both of whom rely heavily on imports have already seen their shares take a big hit.

“Some retailers have looked at the numbers and consider it a threat to their viability,” he said .

“We are talking about effective tax rates that easily take up 100 percent of their profits and in some cases come close to 200 per cent or 300 per cent. These are not sustainable levels,” he added.

Earlier this week, the NRF released a video attacking the proposed BAT as bad for consumers and bad for retailers, increasing costs on everyday necessities for the average family by as much as $1,700 in the first year alone..

Could European retailers be affected and if so, how?

British and other European retailers could be forced out of the US market.

“A tax increase is not something that European and British retailers would have had factored into their plans when they made the choice to operate in the US,” explains Neil Saunders, director of retail at UK-based research firm GlobalData.

“So for many of them, import taxes won’t be something that they can make their business models stack up against. Newer entrants [to the US market] may feel it’s just too difficult to cope with.”

The British clothing brand Topshop, for example, branched into the US less than 10 years ago, and now has 10 stores in the country, including two in New York.

Even if the fashion retailer owned by billionaire Philip Green doesn’t withdraw from the US market immediately, it is unlikely that it will expand in the region.

“European and UK brands could experience a knock, as their products will be more expensive to the American consumer,” says Nicole Leinbach Reyhle, a Colorado-based retail professional and co-founder of the Independent Retail Conference.

Can anything be done to stop BAT from going ahead?

About 100 US retailers banded together earlier this month to form the Americans for Affordable Products, a coalition with the aim of preventing the proposed import tax from becoming enshrined in US law.

US department stores like Macy’s, retail associations and fashion chains like JC Penny are all members of the campaign group.

“If enacted into law, many retailers would be forced to downsize or close their doors altogether. And it is not just about retail jobs: the retail industry creates demand for millions of jobs in logistics, technology and manufacturing that would be impacted as well.”

Although Trump stopped short of endorsing the Republican’s BAT proposal in his first speech to Congress on Tuesday, he did make the case for increasing tariffs on imported goods.

“Currently, when we ship products out of America, many other countries make us pay very high tariffs and taxes — but when foreign companies ship their products into America, we charge them almost nothing,” he said.

BAT’s critics have made their voices heard, but the question is, will Trump listen?

This piece is part of a series on what US president Donald Trump’s industry policies will mean for the wider world. Read about his administration’s effect on the financial services sector here