Pierre Denis, chief executive of Jimmy Choo, said: “2016 was a landmark year for Jimmy Choo. Not only did we successfully celebrate 20 years of heritage but record revenues and profitability are testament to the growing appeal and strength of our brand.”

Although shoes still account for the majority of the company’s sales, its menswear range which launched in 2011, is now its fastest-growing category.

While menswear brought in 9 percent of revenue, the company also pointed to the popularity of its trainers.

The starting price of a pair of trainers from Jimmy Choo’s Miami sneaker range is £350. 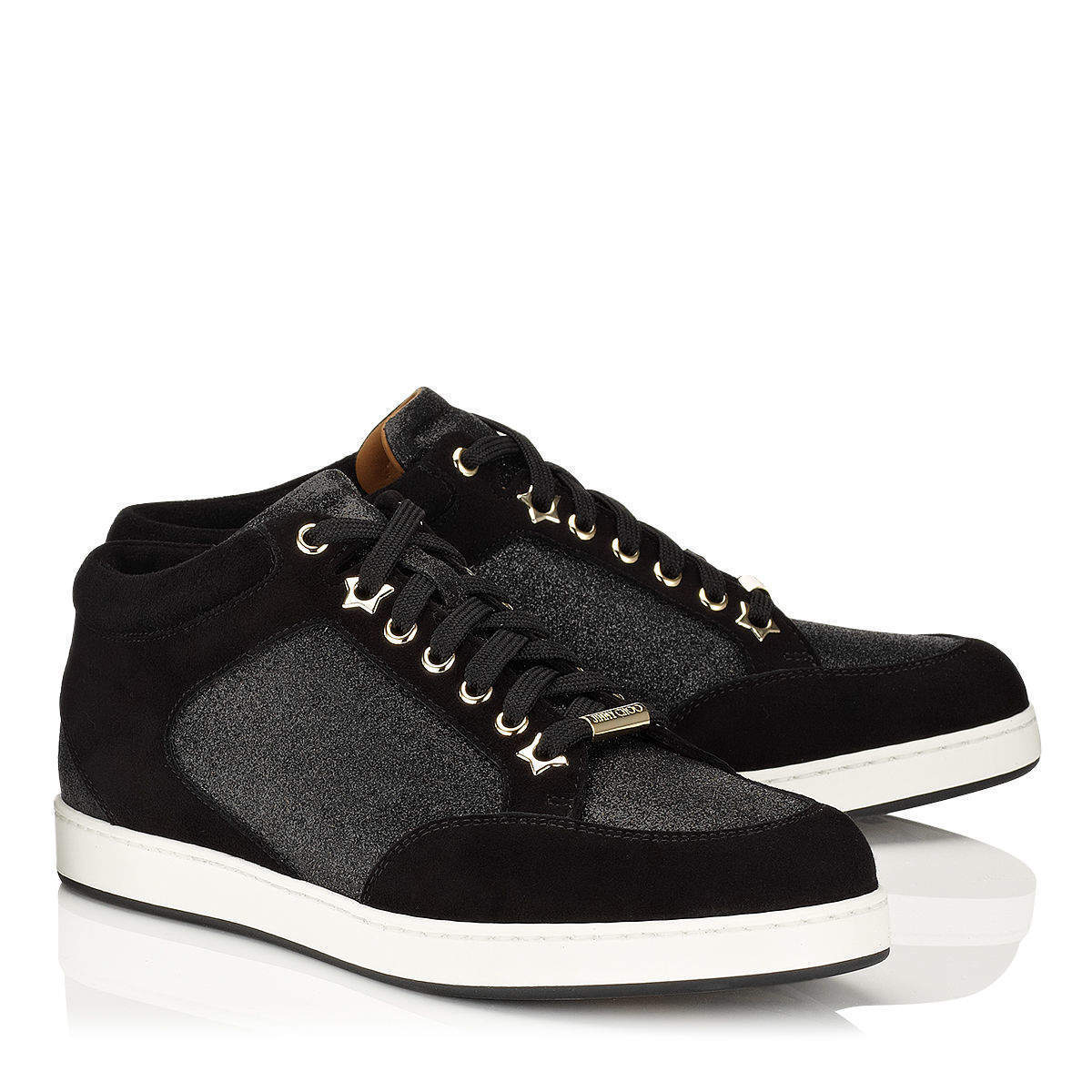 A pair of black suede and glitter trainers in the ‘Miami Sneakers’ range, priced at £375

“The retailer’s move into men’s accessories and footwear comes as men show more interest in style and fashion, while its range of luxury trainers has helped leverage the lucrative athleisure trend,” Fiona Paton, a retail analyst at GlobalData told Verdict.

“The retailer reported both developments have been successful, especially men’s footwear and accessories which is now its fastest growing category representing nine percent of all sales.”

However, Jimmy Choo’s pre-tax profit fell to £17.7m in 2016 from £22.1m the year before, partly owing to currency fluctuations.

The slump in sterling after the EU referendum vote also had an impact on “the financial results and client purchasing behaviour” in the UK, according to the company.

Aside from the UK, Jimmy Choo is struggling in the US, particularly in department stores. The fall in footfall to department stores’ luxury concessions caused total wholesale revenue to decline 3.9 percent.