The fall armyworm has been ravaging South America for years. Now the pest has arrived in southern Africa and in only two years has wrought devastation across the subcontinent. Elliot Gardner has been looking into the spread of the insect and investigates what is being done to protect the world’s crops.

The fall armyworm could be one of the most devastating threats to sub-Saharan African life that the continent has seen in generations, and could potentially spread across the world, damaging the livelihood of millions and threatening essential food sources. 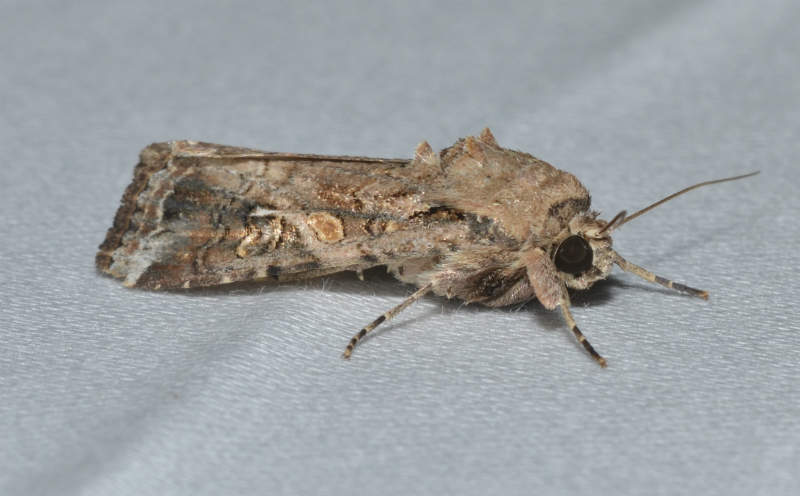 The species, which is actually a caterpillar and moth rather than a worm, has been a blight on the Americas, especially Brazil and other nearby South American countries, since 1957.

The fall armyworm is a pest to put it lightly, with the caterpillar burrowing into crops and eating them from the inside out.

There are several varieties of the armyworm, or spodoptera genus, but the fall variety (spodoptera frugiperda) is the family that causes the most widespread devastation.

The African armyworm and the fall

The first reports of the fall armyworm hitting Africa cropped up in January 2016, when the insect was found in Nigeria, quickly spreading to the surrounding area, including Togo and Benin.

Cut to May 2017 and an estimated 26 African countries are suffering under the reign of the fall, with several countries such as Rwanda having to mobilise their military to coordinate distribution of anti-pest measures.

Ghana’s agricultural minister recently asked for a state of national emergency to be declared as a result of spodoptera frugiperda’s impact.

It was originally hoped that the pest would be contained in the vicinity of Nigeria, but the fall armyworm moth is a strong flier, and dominant southern winds have spread the insect across southern Africa.

The African continent already had its own native pest to deal with, as Spodoptera exempta, or the African armyworm, was already a serious problem for farmers.

There are a few important distinguishing features between the two genuses; most notably the African armyworm has a penchant for maize, but only eats the leaves of the plant.

This is still a significant issue – no leaves means no photosynthesis   but is much easier for the farmer to spot and control.

The fall variety instead burrows into the plant itself, eating the corn right off the cob as it grows.

This concealed approach means farmers often can’t see the problem before it’s too late. It also means that the caterpillar is hidden away from any contact pesticides that might be used on the crop.

Professor Kenneth Wilson of the University of Lancaster Environment Centre is an expert on the interaction between parasites and their hosts, and has spent much of his career studying the African armyworm and methods of combating the pest.

He is probably the closest person to an authority on the fall armyworm’s African infestation. Wilson has recently been trying to understand the impact of the fall, and its relation to the African armyworm variety.

According to Wilson, estimations were able to be made of the spread of the fall armyworm based on the African genus, but we will not see the extent of the devastation until the end of the growing season.

“In terms of the damage it might cause, it’s difficult to tell,” he says. “It mainly attacks maize and sweetcorn, and once the reports start trickling in over the next few months we’ll know the magnitude of the effect. My feeling is that there will be perhaps a 20% reduction in maize yield. That’s the sense I’m getting from talking to people.” This would be catastrophic news for the people of Africa, as maize occupies over 400 million hectares of growing space on the continent, and is a staple food for millions.

So why can’t the problem be blitzed with chemicals? When speaking to the Guardian, UN Food and Agriculture Organisation coordinator for southern Africa David Phiri said it was because the pest keeps “evolving”.

Clarifying the claim, Wilson explains that the problem is that many fall armyworm populations have developed resistances to many of the most common chemical pesticides due to their extensive use in the Americas, especially North America, and that “it’s very likely that this new invader has come along with resistances to many of the used chemicals”. There’s also the grim reality that most farmers on the subcontinent simply cannot afford to import what is an expensive anti-pest measure.

It mainly attacks maize and sweetcorn… my feeling is that there will be perhaps a 20 percent reduction in maize yield.

Other methods have been considered to combat the pest. In the Americas genetically modified (GM) crops such as Bt-corn are being used, which has been developed to have inbuilt measures to protect against pests and disease, such as producing a protein while growing that kills off lepidoptera larvae. Concern is now growing however that resistance is now evolving to the protein too, and the west’s aversion to the use of GM crops does not help matters.

Bt-corn is for now at least a short-term fix for the cereals market, but this won’t be reassuring news for other crop growers. The fall has been reported on more than 80 different host plants, including those of vital economic importance to the southern Africa region such as cotton and tobacco. The species is certainly not picky in what it eats, even being shown to be cannibalistic. According to Wilson, one potential hope for crop growers is the cassava plant, which is grown extensively on the continent. Because cassava is cyanogenic, it’s possible the natural cyanide in the plant would kill off any fall caterpillars. Still, while this is a small ray of hope, man cannot live on cassava alone.

Wilson’s response has been to try and adapt the method he has been developing to combat African armyworm; the use of a bacculovirus to control the population. “One of the advantages of a bacculovirus is that it is inherently very genetically diverse. We know from our field sampling when researching for the African armyworm that there are at least 100 different genetic mutations before you could get resistance evolving. In my mind you could spray as much bacculovirus as you like and not worry about resistance.”

Worryingly though, in its most recent tests his team has not been able to adapt the African armyworm virus for use against the fall, though Wilson remains confident that an effective measure will be developed.

A desolate outlook for a bleak future?

If a response cannot be found to halt spodoptera frugiperda’s advance, bleak projections have been made about the future. The fall armyworm doesn’t like the cold, but has been shown to breed all year round in warmer climates, such as southern Africa, and they fly to other latitudes during seasonal warmth. The fall is even frequently found in parts of Canada, flying north from the US each year.

Wilson expects that the pest will soon arrive in Yemen, if it hasn’t already, and from there could affect southern Europe, moving to northern Europe and spreading to Asia. “There has been some evidence of a shift polewards of insects and pests,” says Wilson, referring to change in insect behaviour as a result of global warming. “As Europe warms up it could be better for them.”

The fall armyworm has been a pest for generations, but it’s only now that we’re starting to see the potential devastation that could be wrought throughout the world. It will take at least three years before an effective countermeasure can be developed, by Wilson’s reckoning, and it will certainly take much longer for any new pesticide or bacculovirus to be approved for use in the many jurisdictions of the world. In the meantime, the fall is here to stay, we can only hope that the worst estimates do not come to pass.

This post originally appeared on foodprocessing-technology.com. You can read the original here.