“Few people in the world know better than I do what it’s like to have your life’s work threatened by a machine,” says Garry Kasparov.

In 1997, the Russian chess grandmaster – now a Croatian national – became the first world champion to lose to a computer in a historic match against IBM’s Deep Blue.

Kasparov made the comment in his book Deep Thinking: Where Artificial Intelligence Ends and Human Creativity Begins, an honest, contemplative account of the match, as well as a wider exploration of the role of AI in society.

Since retiring from chess in 2005, Kasparov has been invited to countless conferences to talk about AI from his unique vantage point to business audiences.

“Everything and nothing!” Kasparov tells Verdict. “AI will continue to change our lives in ways large and small, but not in any grand moment leading to utopia or dystopia as the breathless headlines often present it.

“It’s technology, not magic. It will spread slowly, often in unexpected ways.”

Kasparov likens this to the harnessing of electricity or the “uneven, unpredictable growth of the internet”.

Both seemed “beyond comprehension” and with “limitless potential” at first, but humanity quickly became accustomed to them. And now, we take both for granted.

“It’s what we humans are great at,” he says. “AI will change every aspect of our daily lives, but it won’t change our nature, it will reveal it.

“As our machines become more adaptable, more powerful, we do as well.”

“Human-machine collaboration is the future”

Kasparov saw the potential for humans to work with machines early on. Following his defeat to Deep Blue, Kasparov introduced the concept of advanced chess, in which a human and computerised chess program play as a team against another such pairing.

The idea is to leverage the creativity of humans with the brute force abilities of machines.

It’s a philosophy that transcends chess and into the business world: “Human-machine collaboration is the future; it’s already the present in many sectors.”

Due to these views, Kasparov has repeatedly dismissed doomsday reports about AI resulting in mass job losses.

Instead, he sees AI as a means to promote humans, not replace them. And it’s humans that are largely the problem, too.

“The biggest problem with all the tech doomsaying, which is coming from respected intellectuals and experts, not politicians, is that it’s largely a self-fulfilling prophecy.

“If we’re afraid of the future, we become too cautious and the losses from automation mount quicker than they otherwise would.

“There will always be those losses, of course, that’s the cost of disruption, and we must not become callous about them, but the only answer is to accelerate, not slow down. 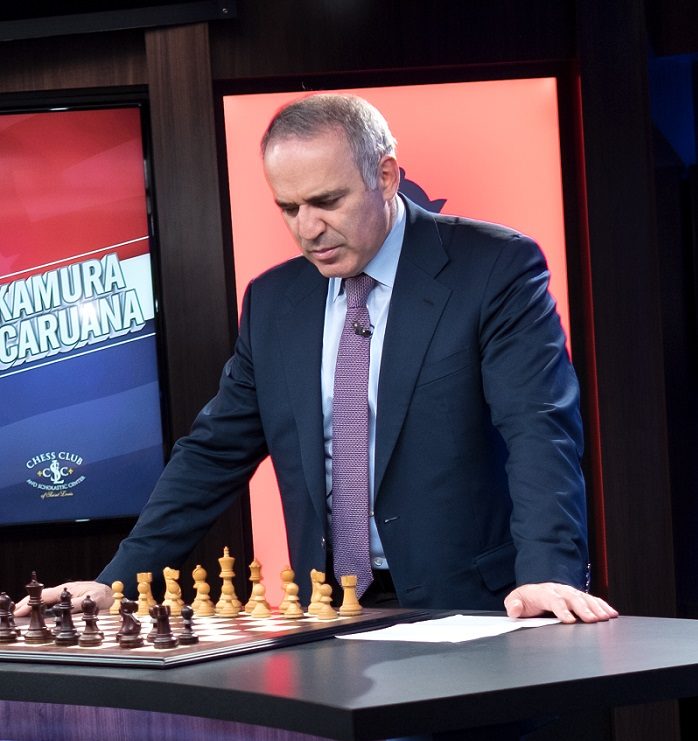 The impact of AI on jobs may be overstated, but that doesn’t mean AI poses no threat. With some militaries developing autonomous weapons systems, there is a real danger that an AI may one day decide to kill without a human in the decision-making process.

As a member of the board of the Foundation for Responsible Robotics, a not-for-profit government organisation that advocates for the ethical design and production of robots, in addition to the chairman of the Human Rights Foundation, Kasparov dedicates part of his busy schedule to campaigning against such abuse of AI.

“We have free will, our machines do not,” he explains. “Whether it’s privacy in the age of self-inflicted surveillance or autonomous weapons systems, we have to have human accountability, human ethics, built in from the start.”

However, he points out, such a stance is not a reflection of technology (“technology is agnostic”), but of ourselves.

For that reason, it is the job of technology’s creators, the legislators and the users to ensure technology “reflects our better natures”.

The danger of over-regulating

That being said, Kasparov is against overregulating to the point where it may inhibit innovation – and risk falling behind in the AI race to other nations.

China, for example, has made giant leaps in AI in recent years, with some arguing that it has already overtaken the US. Part of this can be attributed to China’s abundance of data to feed AI systems – and lax human rights laws that grant citizens less privacy than in Europe’s GDPR arena.

“We must make the effort to avoid having these amazing tools – all developed in the free world – exploited and used against us,” he says.

“Take Putin’s use of the internet and social media for repression in Russia and to attack western democracies as the most prominent example.” 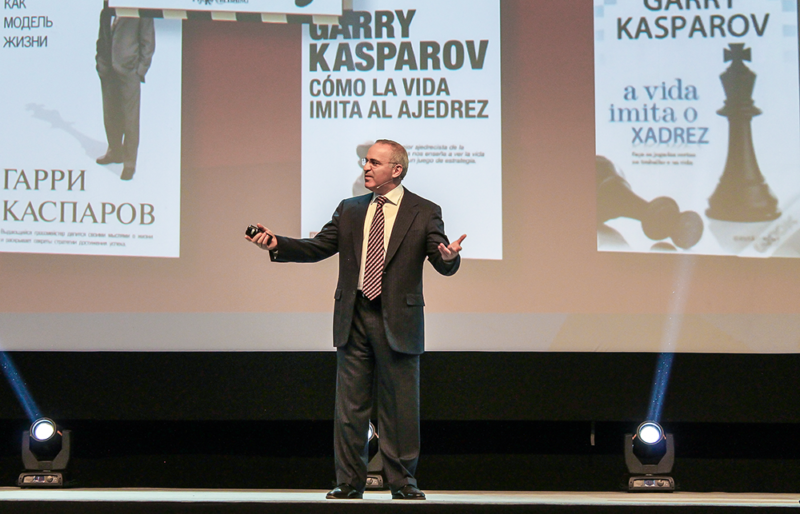 Kasparov has been a long-time critic of Putin. Exiled from Russia and living in New York since 2013, he often turns to Twitter to condemn the Russian President – despite the looming threat of assassination.

And it is not just Putin to which Kasparov directs his criticisms – Trump is often in the cross-hairs.

In Deep Thinking, for example, he criticises Trump’s campaign to bring jobs back from the past rather than looking to the future.

The allure of ‘the good old days’ tends to ring loudly with dissatisfied voters.

But can a fear – or misconception – of automation and digital disruption go some way to explaining the global rise in populism?

“The demagogues and nationalists prefer to blame immigrants since there is little political profit in attacking the tech sector or something as vague as artificial intelligence.

“So the populists would be doing this regardless of how well they understood automation.”

Trump has focused on bringing back jobs to industries considered archaic, such as the coal industry.

“We’re becoming more interested in holding on to the past than creating new, uncertain things, and that’s a losing battle.”

But there is hope, according to Kasparov. That comes from the power of leadership and inspiration such as JFK’s bold plan to put a man on the Moon.

“We don’t need comfort or handouts; we need lofty goals to inspire us and jobs that unleash our creativity and the power of our amazing new technology.”

The future: Does AI have a role in politics?

Amid the turbulent political landscape – Kasparov calls it “grim” – does AI have a role to play in bettering our politics?

“AI politicians are a fantasy, of course, but considering the state of politics today, people might be ready to accept an artificially intelligent politician over the many unintelligent human ones we have now!” he jokes.

But jokes asides, he says that perhaps, in our data-driven world, AI has the potential to “transform politics” – but only “if we’re willing to listen”.

“There’s no guarantee we’ll act competently with that trove of information and analysis, of course. We might squander it to make a few bucks, to waste time.

“We have a long history of needing many tries to get things right, and only after doing it wrong a million times.”

Kasparov’s advice for the public sphere isn’t much different from that of the business world: to “work well with intelligent machines, to guide them as they become specialised experts, and to ask the right questions”.

And for the tech sector in general it is a time of reflection – what went wrong, and how “the amazing tools built to connect us have instead driven us apart”.

This article first appeared in our sister publication Verdict AI.