Tech giant Google has announced that it aims to increase its user base in India by 1bn.

Over the next five years, nine out of 10 new internet users in India are likely to be Indian language users, according to a joint report published yesterday by Google and consultancy KPMG.

That means there will be 536m Indian-language users in India by 2021, up from 42m in 2011 — and almost three times the number of English-speaking users in the vast South Asian country. 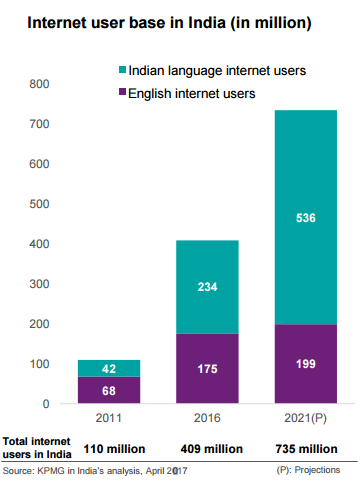 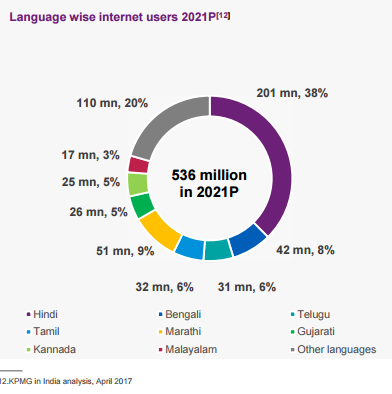 Google will also double the number of Indian languages available on its custom mobile keyboard, Gboard, to 22. Gboard launched for Android in December 2016.

Almost 90 percent of Indian language internet users are more likely to engage with an online advert in their local language rather than English.

Why are Indian-language internet users on the rise?

Language support has become increasingly common across the internet ecosystem.

Disposable income is expected to increase by 55 percent in the next three years.

In the next five years, an estimated 176m more Indians will own a smartphone.

Between September and December last year, mobile data charges in India went down by 96 percent.

The Indian government has invested $351m to ensure rural households can access the internet by March 2019.

What will Indian language internet users go online for?

The report’s projections suggest that chat applications will be used by 396m Indian language speakers by 2021, up almost 20 percent from 169m last year. 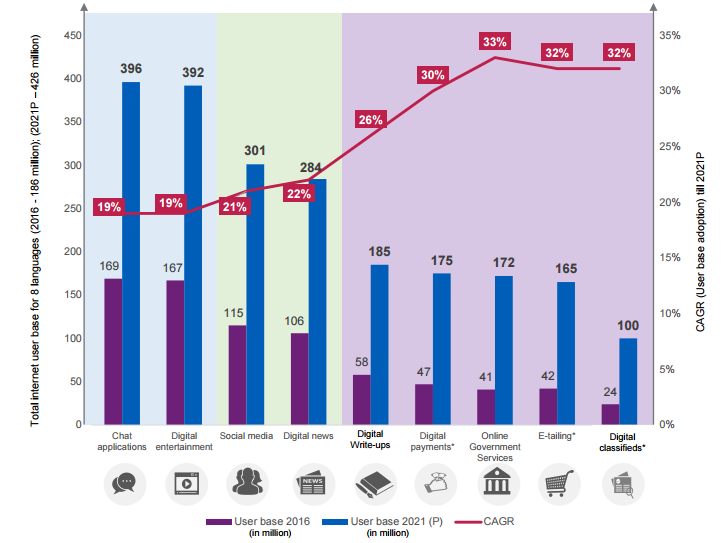 Online government services will be the fastest growing category over the next four years; with a 33 percent rise from 41m users last year to 165m by 2021.

“With today’s launches, we’re taking a huge step forward to bring down the barriers that stop Indian language users to get more out of the Internet and also help the industry to solve for the needs of billion Indians,” Rajan Anandan, Google’s India and South East Asia vice-president said in a statement on Tuesday.

Google’s other major initiatives in India include the introduction of free WiFi at 100 railway stations in December last year as well as a partnership with Indian company Tata to teach women in rural areas how to use smartphones.

The digital literacy project, launched in June 2016 was rolled out across 400 villages in West Bengal.