Executive pay is a hot political topic but tackling it won’t be simple.

Corporate scandals — like the collapse of high street retailer BHS at the hands of Philip Green — and shareholder revolts even at companies renowned for highly paying executives — have made a sensitive situation worse during a period of stagnant wage growth for most Britons.

Prime minister Theresa May has campaigned to help those who voted for the UK to quit the European Union in protest at “out of touch” elites, however the current state of affairs will take some turning around, even with shareholders revolting.

Many considered the current system to be broken. There was general agreement [among consultation respondents] that remuneration packages have become too complicated. Many argued that executive pay was simply too high and could not be justified in terms of both the link to levels of performance and the growing gap with the pay of other employees. This view chimes with public opinion.”

Here’s the break down of how executives now receive remuneration. 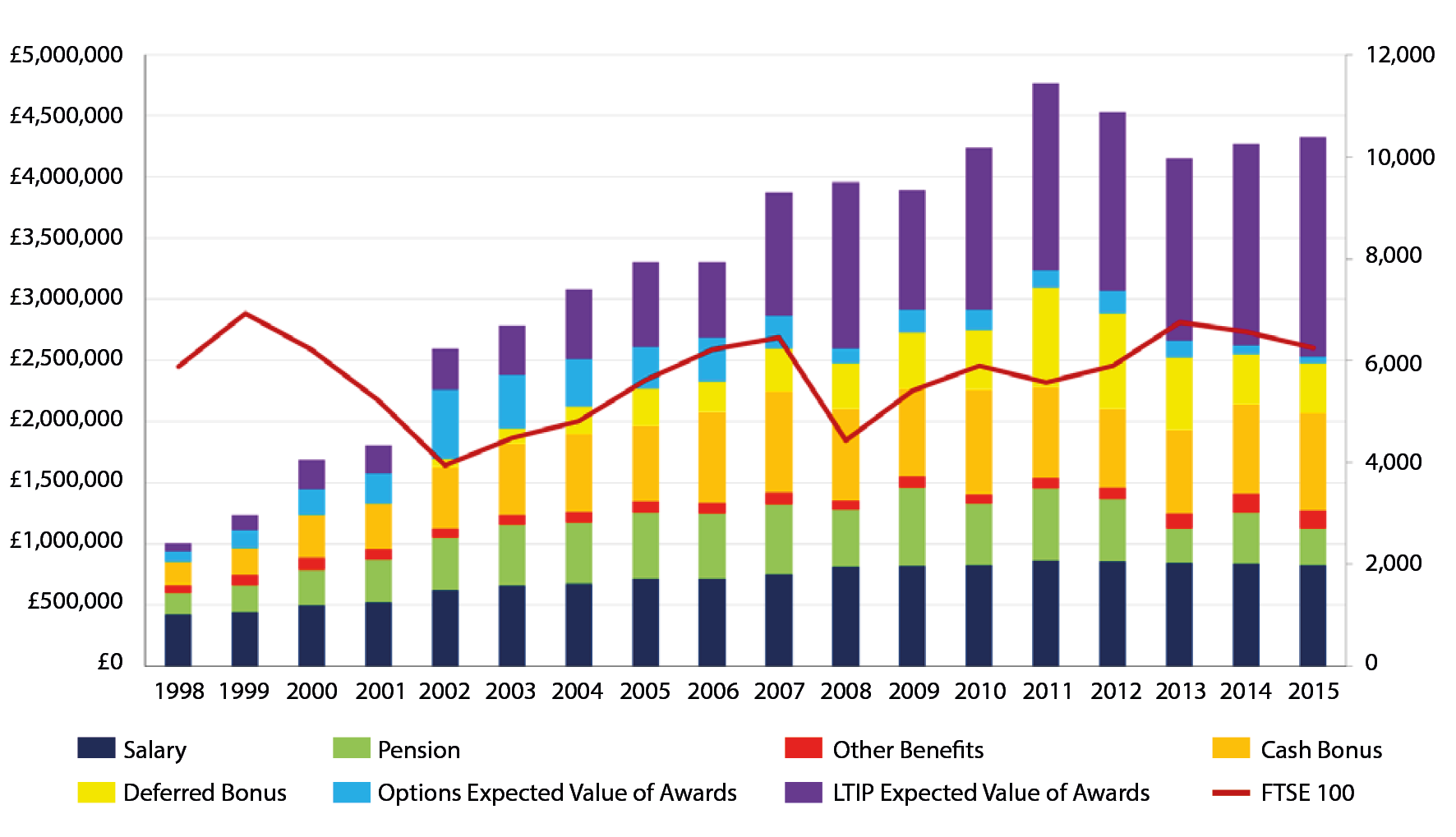 While salaries have barely grown, the amount of Long-Term Incentive Plan (LTIP) awards has leapt from almost nothing before the turn of the millennium.

The basic idea behind a LTIP is that participants receive share options or shares if they satisfy certain performance criteria over time. Sometimes, the LTIP participants have to invest a proportion of salary or cash bonus towards the acquisition of shares.

While company bosses are getting paid more than ever, workers have not seen the same growth in salary.

According to the report nearly three quarters of employees believe that CEO pay in the UK is generally too high; survey evidence also suggests that public anger over pay remains the biggest threat to the reputation of business.

A number of recent reports have highlighted the pay gap: two thirds of FTSE 100 CEOs are paid over 100 times the average salary in the UK. 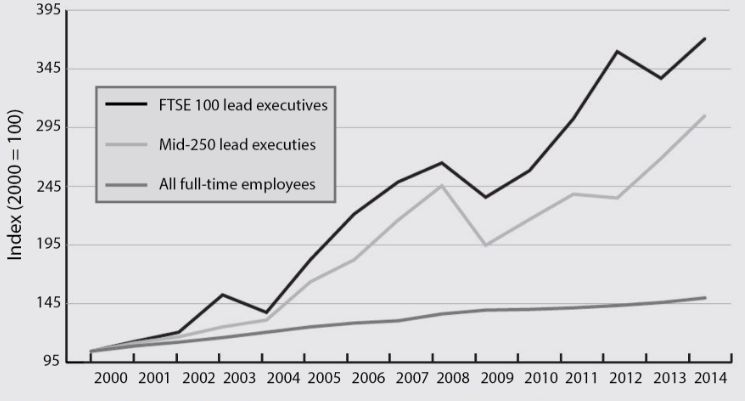 What are the causes of this change?

MPs said that these are the reasons pay has changed so much in recent years.