Smart cities have been hailed for their potential to make communities more sustainable. However, it’s unclear how they would do that. Don’t worry, though, we’ve got you covered.

To understand how modern cityscapes can bring about a greener future, we must first explain what a smart city is. Simply put, a smart city is a community that uses technology to improve the lives of its citizens. These cities commonly use Internet of Things (IoT) technologies. IoT is shorthand for an ever-growing range of interconnected devices that can be operated remotely. Amazon’s range of smart speakers, which is powered by the smart assistant Alexa, is a commonly cited example of an IoT device. 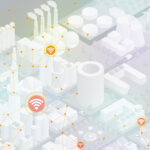 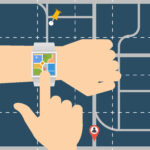 However, David Bicknell, principal analyst at GlobalData’s thematic research team and contributor to the Smart Cities report, tells Verdict that this is not enough, saying we need “not just smart cities but resilient cities and sustainable cities.”

How can smart cities boost sustainability?

So smart cities are connected cities, got ya. But how does that make them more sustainable? By using that connectivity for the greater good.

“Connectivity and technology are not the end goal for smart cities – they are the means to improving the quality of life for city residents,” Jamie Cameron, director of digital solutions at building security company Johnson Controls, tells Verdict.

And if there’s one way the citizens’ lives can improve, it’s by making metropoles around the planet greener. Cities crave sustainable solutions. They are highly energy intensive. They consume about 75% of global primary energy and emit between 50% and 80% of the world’s total greenhouse gas emissions, according to the United Nations Human Settlements Programme UN-Habitat. This is despite covering less than 2% of the world’s surface.

With the UN projecting 68% of the world population to live in urban areas by 2050, the combined carbon footprint of the world’s different cities is only set to grow. Connected communities arguably have an advantage in that they can not only use IoT technology to better understand the problem but also to solve it.

The first step to solving any problem is understanding it. This requires the gathering of relevant data. Once solutions are implemented, further data must be gathered to measure whether they are helping.

“Theoretically, the case for smart cities and sustainability is clear. But it’s important to be aware that becoming a smart city requires more than just technology,” Devin de Vries CEO of transport data startup WhereIsMyTransport, tells Verdict. “At their foundation, smart cities need reliable and relevant data, using that data to inform the innovations, investments and policy changes that will have the most impact.”

Smart cities can collect a wealth of data by installing different sensors around the community. This can range from measuring air quality, as used by the London Air Quality Network, to detecting leaking water pipes, as Vodafone has recently partnered with SES Water to do.

However, this data is only useful if innovators can access it. Recognising this fact, cities are increasingly making city-wide data available to use. In 2012 in New York City, the then-mayor Michael Bloomberg signed Local Law 11 of 2012, known as the ‘Open Data Law’. This mandates that all public data be made available on a single web portal.

There are also frameworks for cities to measure their performance using this data. The UN has also created guidelines to develop smart sustainable cities. These link to the UN Sustainable Development Goals and describe the data sources to use to calculate improvement. Over 150 cities have implemented it already.

Collecting data is only the first step to making cities more sustainable. The second step is to decide what should be done with all that information.

A model of a city known as a digital twin can be used to simulate how different policies may affect a city. The Finnish capital Helsinki is one of the cities that have produced and leveraged digital twins to design for and test different scenarios. This provides Helsinki with insights on things like energy information of buildings, their simulated heating requirements, and solar and geothermal energy potential.

Smart city information can provide insight into progress being made towards sustainability targets. This can inform the adjustments needed to stay on track, and therefore local-scale policies and targets for these adjustments.

Smart cities could make it easier to implement sustainability strategies and reduce the number of manual decisions that need to be made.

“One example is the ability to monitor, predict and upscale public transport services during times of demand to reduce automobile use and emissions.” Uwe Jasnoch VP of government and transportation at sensor, software and autonomous solutions company Hexagon, tells Verdict.

Another advantage of IoT technology is that the interconnected sensors can be programmed to automate processes, increasing efficiency. For example, New York City has introduced smart rubbish bins. Sensors monitor how full and smelly the bins are. It then uses that data to better schedule when they need to be emptied, reducing the number of unnecessary bin collections.

On a larger scale, automating energy supply through smart grids can also increase a city’s resilience, as shown in Tokyo. After the 2011 earthquake and tsunami, the flexible nature of distribution was embraced to ensure uninterrupted electricity supply in the future. Increasing deregulation of the electricity market in Japan enables this.

Can we have smart and sustainable cities?

Smart city technologies on their own are not ‘sustainable’, it’s how they’re used. It’s all too easy for these initiatives to fall victim to greenwashing. Greenwashing is the idea of more time, money, and effort being put into portraying initiatives as sustainable than ensuring that they are. Strong governance is required to ensure these initiatives are actually effective.

Despite concerns, there are opportunities for smart technologies to be used in creating sustainable smart cities. These can be classed under three main stages: monitoring, decision-making and implementation.