Christmas is always a stressful time, especially for those in the kitchen. Whether you’re burning the turkey or cooking roast potatoes the day before Christmas, it can be difficult.

With that in mind, Verdict reached out to Robbin Holmgren. Holmgren is the head chef at Jamie Oliver’s Fifteen in London. After opening in 2002 as a way to bring jobs and skills to unemployed young people, the restaurant has grown to be widely considered one of the best of Jamie Oliver’s restaurants. Much of the restaurant’s recent success is thanks to Holmgren’s efforts. 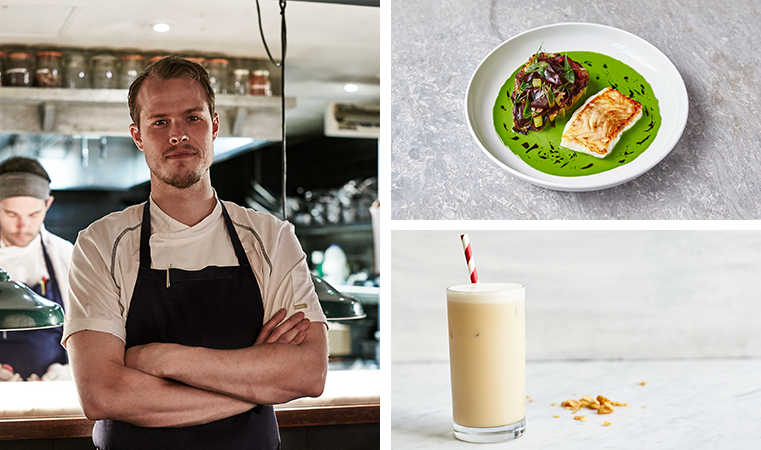 Robbin Holmgren and some of his dishes.

Holmgren let us in on a few of his Christmas cookery secrets, as well as some of his philosophies about what makes a great Christmas dinner.

If you’re the one who’s going to be spending a lot of time in the kitchen this year, here’s the advice from a professional.

What’s the secret to a perfect Christmas dinner?

“For me it is about having a good balance between food, drinks, and company. Try not to overstretch, make sure you give yourself plenty of time to plan everything. Having an enjoyable journey is as important as the dinner itself!”

How does a professional chef cook turkey?

“I would first brine it in a 5% salt solution for 24 hours, keeping it fully submerged all the time. Take the legs off the crown. These can be braised for another meal some other day. Rub the crown of turkey with some butter and cook it in a low heat oven (110C) until it is 63C at the thickest part of the bird. Turn up the oven heat up high (200C), brush the turkey with more butter and cook for about 45 minutes or until it has a nice golden color. Take out and rest the turkey for at least an hour before carving. You can keep any liquid from resting to make a banging gravy.” 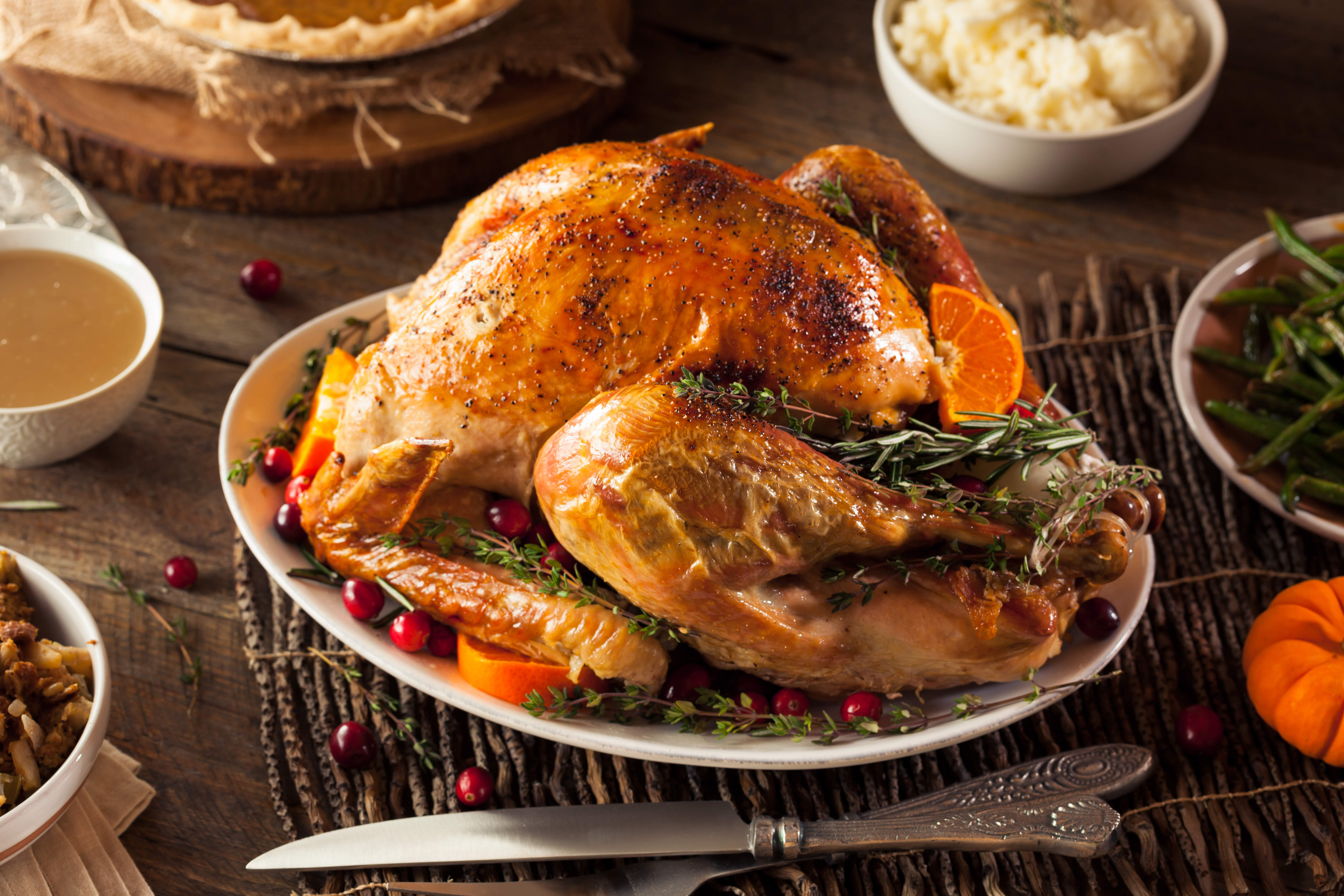 How do you make the perfect crispy roast potatoes?

“Peel the potatoes and cut them into biggish chunks. Pre-boil the potatoes in heavily salted water, until almost cooked. Drain off the potatoes and toss them around in the colander a few times to rough them up. We want them to be a bit fluffy as this will create a great crust when roasted. However you will need to be careful not to smash them up completely as we don’t want mashed potato. Pre-heat your oven to 200C. Get a blend of goose fat and butter into a roasting tray and heat up inside the oven until hot. Gently add the potatoes, making sure not to over crowd the tray. The trick here is not to stir the potatoes too much. You want them to crisp up without breaking up. When they are finished add a couple of cloves of garlic and some hard herbs (thyme, rosemary etc) to infuse while you get ready to serve.”

Is there an easy way to cut calories out of my Christmas dinner?

“No, I don’t think a Christmas dinner is that kind of event. I would recommend you to have a great end to this year and focus on being healthy with everyone else in January!”

“I think people are trying to hard sometimes. My tip would be to focus on a few items and make them taste as good as they can be. Make sure you taste everything until you are happy to eat it yourself!”

Do you have any Christmas cooking hacks?

“Chop up some flavourful vegetables (onion, carrot, celeriac etc) and use them instead of a roasting rack for your roasting joint/bird. This will work in a similar fashion and also give your gravy a wonderful flavoured punch.”

Are there any foods that people should avoid this Christmas?

“I think you should eat whatever makes you happy. Christmas is about being happy and being with people that make you feel the same. So I would say avoid eating things you don’t like.”

What do you think is the most underrated part of the Christmas meal?

“As I’m Swedish, my idea of a Christmas meal is probably a bit different to yours. We have around 30 dishes at ours divided into 4-5 servings. Nothing about it is underrated!”

Do you have any Christmas cooking hacks that will save people tonnes of time/energy?

“I usually make a batch of Sloe gin at the end of summer. Bottle it, spend some coin on a nice label and then that’s my Christmas presents sorted. That would work with most things you preserve, really, like jam, chutneys or pickles etc.” 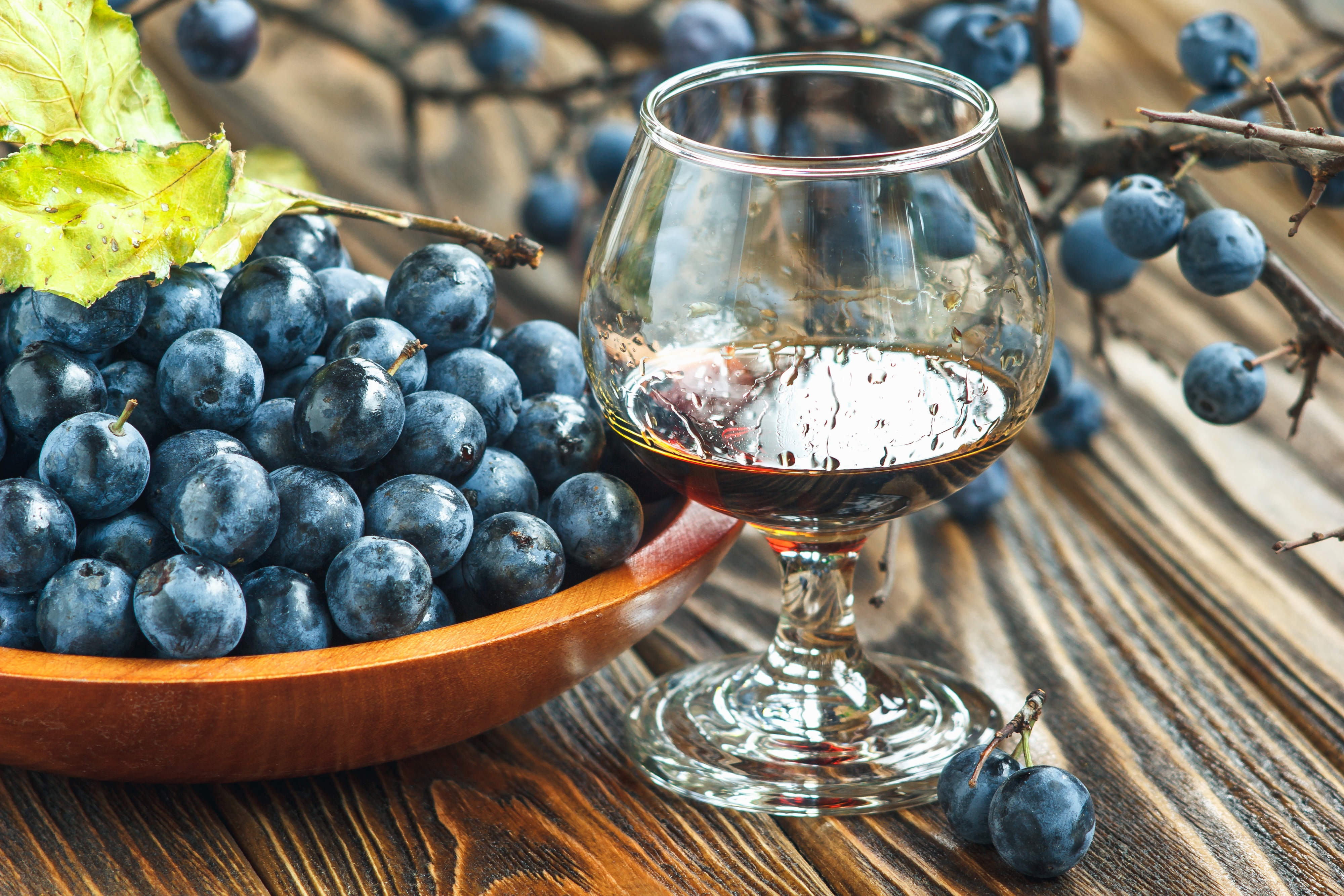 Do you have any favourite recipes that you make every Christmas dinner?

“In Sweden we make something called Jansson’s Temptation. It is a bit like a potato gratin with added anchovy. It would make a great addition even to a British Christmas dinner. Would be perfect to accompany the roast turkey.”

What’s your favourite thing to do with leftovers after Christmas?

“I dice everything up and fry it to make a hash. Serve it with some horseradish cream and pickled cucumbers.”

What are the best drinks to pair with a traditional turkey roast dinner?

“I would serve a fruity pinot noir. Or try a nice dry cider if you don’t like wine!”