Founded in 2012, Improbable has been hailed as one of the UK’s most exciting tech startups for years. The founder and CEO Herman Narula has said he believes it can become as influential as DeepMind, the AI startup acquired by Google for £400m in 2014.

In fact, Narula has said that Improbable could bring AI research forward in a massive way. In fact, Big Tech firms like Microsoft have long been using video games like Minecraft to train their AI.

Despite these games being big, Narula has said they are miniscule compared to the humongous virtual worlds that Improbable can create.

“Multi-agent environments are much more interesting, because there are other agents in the environments. You have to learn how to co-operate, how to react. Things become much more complex very quickly,” he told Wired in 2017, the same year that Improbable bagged a $502m Series B round led by SoftBank that cemented the startup’s place among British unicorns.

Improbable Defence uses virtual worlds to boost defence, security and national resilience. It accomplishes this by using computational modelling, AI and data analytics to enable users to explore and prepare for real life dangers in a safe environment.

In 2021, the company has made the headlines again as one of the staunchest promoters of the metaverse. As the CTO of Improbable, Wallen is central to this effort. This is hardly surprising that, so far at least, game developers like Fortnite developer Epic Games have led the charge when it comes to the metaverse.

The Improbable CTO argues in this CTO Talk that the metaverse is more than just a buzzword dreamt up by Facebook CEO Mark Zuckerberg.

According to Wallen, it has very real implications on our way of life. In this latest in our string of Q&As with the tech shakers and movers at companies from around the world, the Improbable CTO also explains where his love for technology comes from, why CTOs must fight for their place at the board table and his one tip to separating hype from the real deal in business. 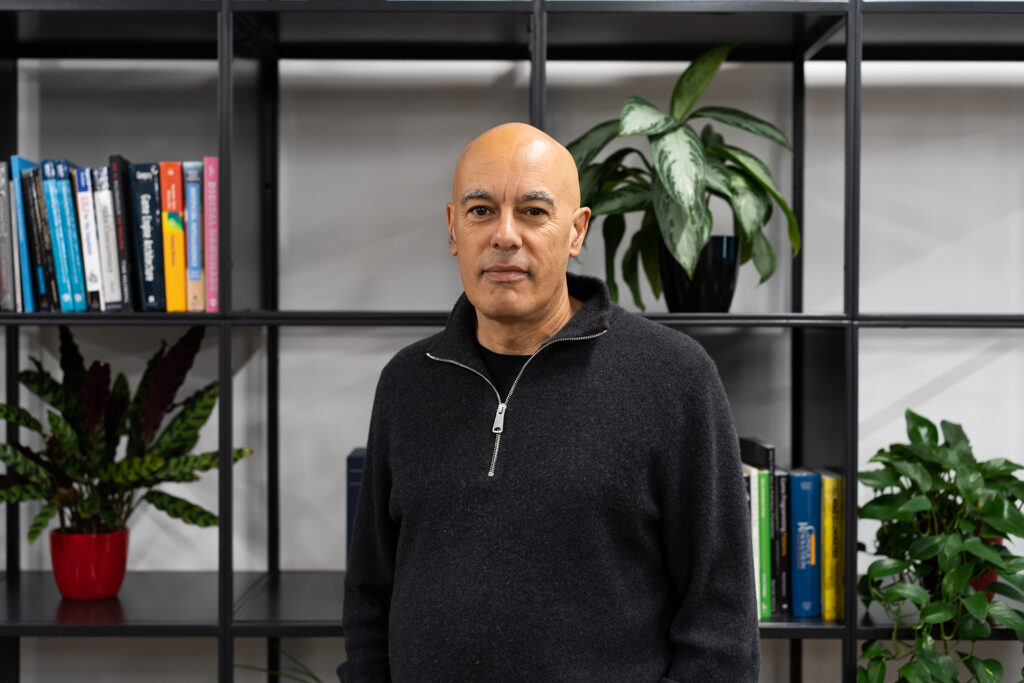 Lincoln Wallen: I’m a technologist. After spending the first decade of my career in academia at Oxford University, my journey in the technology industry began with gaming technology and mobile gaming when I joined EA to work primarily on mobile titles and experiences. At DreamWorks, my role was to optimise movie production, implementing digital transformations that achieved both cost reductions and quality improvements through scalability and platform software.

So when I met Herman and learned more about his ambition for Improbable, I was excited to move back into the games industry, a sector that has been slow to adopt disruptive new technologies. Like at DreamWorks, in an industry slow to change, I could see the potential of Improbable’s technology, scalability and a fantastic opportunity to play a role in the disruption of the market that will shape a whole new future for the entertainment sector beyond gaming.

I’ve been a scientist for half of my career. Understanding how the world works is a passion. I enjoyed researching and being a teacher at the Oxford University computer laboratory, and got very deeply involved in the application of mathematics in industry.

However, I realised that things outside of academia were moving quickly and I wanted to be a part of it. In some respects, the shift to tech was lateral as it involved working closely with highly mathematical software. All through my career the driver has been the interplay between modelling the world and activating it through computational systems.

The creation of the metaverse has vast potential to shape the way we interact. Even as the world has become so interconnected today, the metaverse will emerge as the next stage of this evolution – an online environment in which ordinary people have meaningful agency to consume but also to produce.

It will be more than an upgrade to social media but be a place for entirely new kinds of social experiences to be invented, where people can participate, create, exchange and add value to a whole new world.

Today, we mostly share snapshots of our lives online, even just a picture of your cat. Increasingly lived experiences will be possible virtually, such as building businesses and services that add value to the metaverse. Metaverse is open to possibilities with immense promise for the future.

The longer answer is that technology works in cycles, with the hype stage generally following significant initial investment and an ambitious vision of what is possible. There is generally a long march before anything becomes ‘real’, which is when it gets forgotten about, before coming back with a bang and changing entire businesses. It’s called ‘disruptive’, but it’s just that people weren’t paying attention for long enough.

Fight for a seat on your board regardless of the industry. Chief technology officers shouldn’t only sit on the boards of tech companies and there are surprisingly few of them on the boards of public companies, despite the focus on ‘digital transformation’ in corporate speak.

Every business is or will need to become tech-driven, so the idea that boards don’t reserve a seat for their chief technologist is bad corporate governance. It’s like saying “why should I put a chief financial officer on the board? All they contribute is financial insight?” That would be a ridiculous thing to say given the centrality of financial performance. But technology is no less a foundational part of many businesses today, and the business-critical role of a CTO today is no different.

You might think one of the world’s leading technology companies at the forefront of multiplayer simulations and development would only lead from the front, setting parameters developers must follow. In fact, to be successful, we’re constantly having to evolve our approach to suit the use cases of our clients.

It’s an iterative process just like my experience at DreamWorks with internal clients, servicing more than a dozen movies simultaneously on different timelines with different innovation agendas.

We recently revamped our core services into Improbable Multiplayer Services (IMS), specifically to deliver customers a more flexible set of solutions to meet their specific needs – an ecosystem, if you will. IMS is a reflection of many years of experimentation with customers, and a wealth of experience in gaming of our staff. But every encounter is new – our customers are innovating and throwing up new challenges continuously.

As the pandemic has shown in stark contrast, we can’t all work in the same ways as we used to and technology provides solutions. For everyone to thrive, we must adapt to new ways of thinking, across our personal lives and the workplace, in how we interact with one another. Value held in the hands of a few, inequality and unfairness, is bad for society and technology can play a role in levelling the playing field. But we need to ensure equal access to those technologies.

That will only become more acute over time as we increasingly move online, from our social lives, to shopping and running businesses. Equal access to essential services like education, healthcare and finance is already a concern today. Depending on how fast the future of metaverse becomes reality, a whole new sphere of the economy could be either shut off to people who aren’t equipped or on the contrary help serve their needs in a more straightforward fashion. This is certainly not written [in stone] yet.

Yet there is room for optimism that we will overcome the digital divide. Huge improvements have been made in remote working, for example, but you could also point to ‘leapfrogging’ technologies in the developing world like mobile payments innovation in Africa where millions had been unbanked. Metaverse could have an equally positive impact for economic development.

I parachuted out of an aircraft! That is one thing some people may find strange and might even consider crazy. I also ride motorcycles, which isn’t as strange but definitely just as dangerous if not more. Another passion of mine is refereeing youth soccer matches – clearly I must enjoy ‘arbitrating’ between passionate players and spectators!

While the accelerated development of multiplayer games has been driven by commercial incentives and entertainment, the big picture of the metaverse is far broader than that or even for applications such as hybrid workplaces as others have suggested. Cutting-edge technologies developed for games are already being used by vital industries such as defence.

These complex virtual simulations are a revolution in the field to prepare for the new threats of hybrid and grey zone warfare, which ultimately saves lives. That will only improve with new cloud systems, faster development timelines, and cost efficiency savings that will accelerate widespread adoption and further incentivise studios to push beyond traditional game design limits.

Before education directed my interests into science and research, leading to an academic career and later on switching paths to pursue technology in the private sector, I had planned to join the army – quite a different life indeed. But at 16, a physics course introduced me to the Schrödinger equation and from that point on the idea of enlisting went out the window. So perhaps that would be my other life.